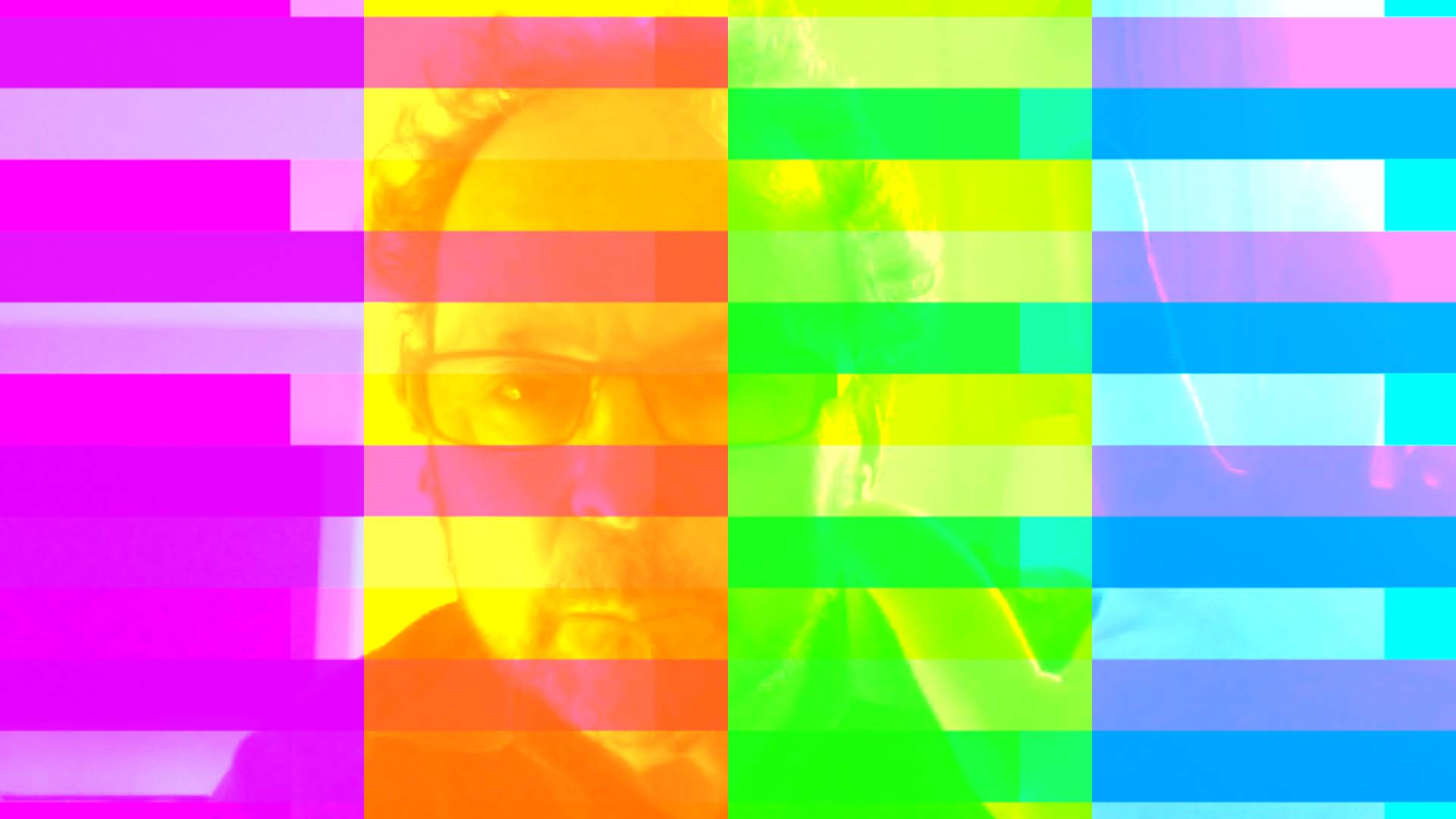 “This sense of in-betweenness, a liminal space operating between the screen image and live performers” – Steve Dixon

The idea of the space of the in between is not new. Since the ancient prehistoric Caves of Lascaux, we have been exploring the convergence of the physical world (first world) and the imaginary one (second world). Through the millennia of time, artists have been creating pictorial representation of reality, and from our reference point in the physical world, we aim our gaze and enter into this space in a myriad of highly believable ways. Through the mysterious juncture between the physical space and the virtual, we lose ourselves in the suspension of disbelief and become, in essence, inhabitants and players of the space in-between.

Of course, to activate this sense of in-betweeness requires a true engagement between the worlds. It is all well enough to simply place an image on the wall, or an object in the room, but through performance, the construction of a world around the movement and action of the living or animated figure, is what creates the semblance of a true, alternate reality. And despite the invisible separation between these worlds, which in theater we refer to as the fourth wall (a prescribed barrier that preserves the suspension of disbelief), we do in fact transgress this boundary and enter into the realm of the other space as a construction of the psychological.

If we are unable buy into the believability of the virtual world, there would be no empathy. The death of a character, or the conflict between good and evil, or even the humor of slapstick comedy would mean absolutely nothing to us. As the lights go down (Richard Wagner’s invention), and the screen stretches wide across the stage, a world is unveiled, where we lose ourselves in a fabricated world in which reality disappears: we have entered a new reality (or post reality) as in a deep sleep full of vivid dreams, where we encounter the in-betweenness. Although we may remain physically in our seat, our awareness embeds itself into the space of the imaginary.

Further activation of the in-between requires that the observer assume a less passive relationship to the imaginary through the performance of the live figure or the moving image. Watching Wagner’s operatic production unfold at a distance within the proscenium arch is one thing, but by “reaching” into the space, figuratively or cybernetically, provides the means of effecting the outcome or direction of the work, creating an entirely new interplay between the viewer and the first and second worlds.

Billy Klüver regarded this phenomenon of the active participant as a liberating experience, untethered from the seat, and given mobility and choice to shape the outcome of the experience. The viewer in this sense becomes a “composer” of his or her own experience, pulling the levers (however abstract) of a work’s dynamic of interaction, which serves to heighten the experience of the in-between and its believability, breaking the now arbitrary fourth wall, to engage the viewer as an active participant.

You could say that the space of the in-between at this point becomes creatively alive, playful, energetic, and constructive. The viewer is encouraged to react: not just intellectually or emotionally, but physically. This physical interaction insures that the viewer takes responsibility for the trajectory of their experience, that the viewer becomes responsible for sculpting the space of the in-between: the viewer is a partner in the process of joining these two worlds into their own, unique experience.

This is a world apart from simply observing a physical object. Not that we have resigned ourselves to the purely ephemeral: objects will continue to have a place in our space of the in-between. But we are not talking about the object as the sole recipient of our gaze and attention. Rather, the object is a prop in the larger action of the performative space, an element of the construction of a complete world, a world however physical it may be, that becomes integral to the space of the in-between: a liminal space, an intangible space, where the laws of physical reality no longer govern our actions. In the space of the in-between, anything is possible, things can disappear, people may die, objects may float, and the irrational logic of the imagination prevails.

That, in essence, is the space of in between, a kind of mental construct, an “otherworldly” creation that frees the imagination and engages our participation. If you find yourself inside of this age-old post reality, you can rest assured, it is a highly desirable place to be, it is not a trap, it is not a wall, it is not a drug, it is the creative manipulation of the make-believe, a new kind of “object” of our desire.