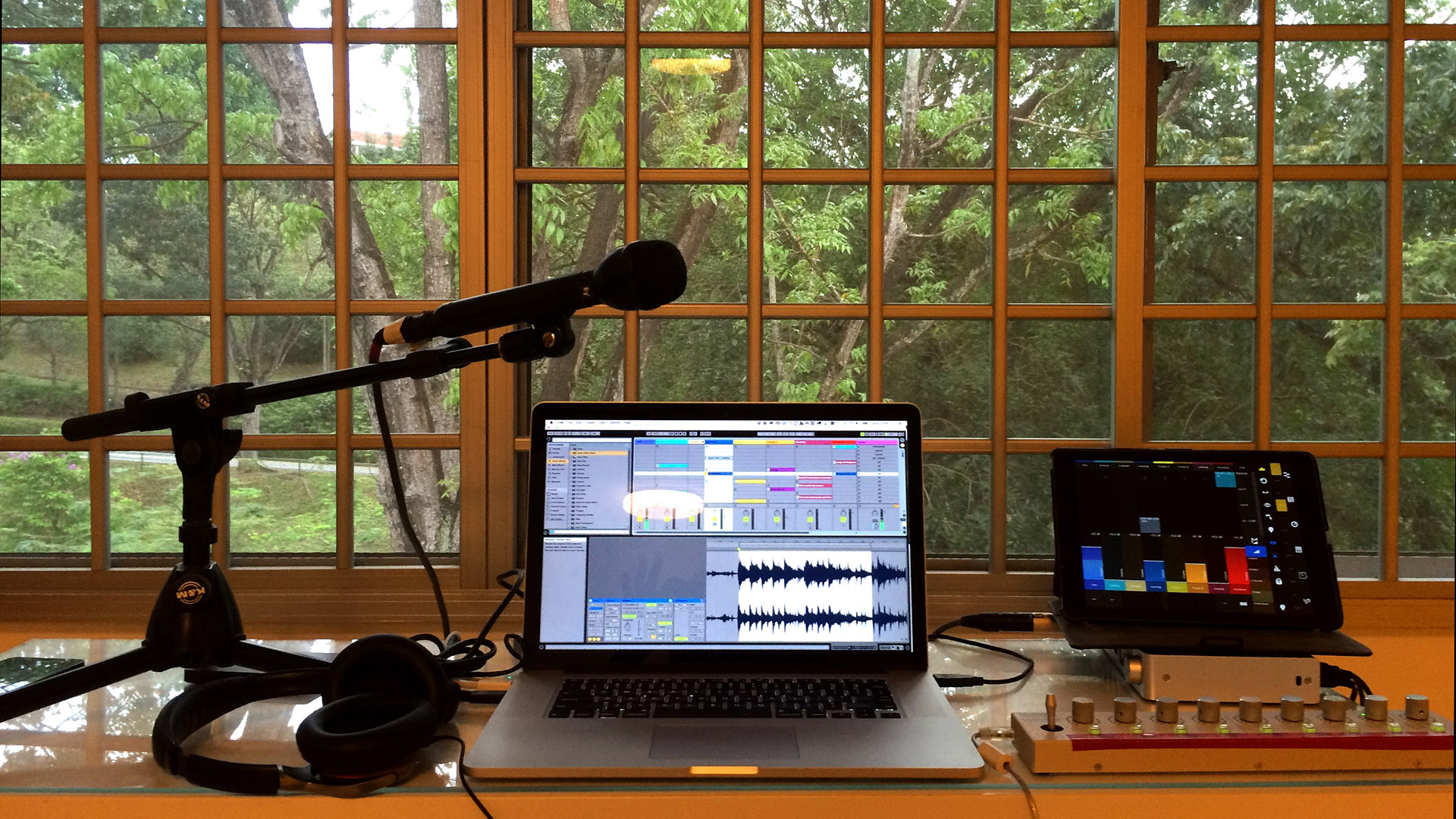 Radio is no longer the sole province of broadcast studios beamed out on exclusive high frequency airwaves from towering antennas. Radio DJ’s, pundits, shock jocks, and the rest, used to be outsized mega-personalities – Howard Stern, Big Daddy Tom Donahue, Wolfman Jack – who reigned supreme in the glory days of alternative radio. In recent years however, the paradigm has flipped to the other extreme: in the age of ubiquitous streaming media, all you need is a laptop and a microphone, or even just a mobile phone, and you can broadcast anywhere in the world.

Here in Singapore, I have transported a stripped down version of my underground studio bunker in Washington, DC to my tropical bunker overlooking the foliage outside of my window. It is from this vantage point on the opposite side of the earth that I push my experimentation with broadcasting further and further with the The Post Reality Show, my broadcast-art-performance-project-in-progress, the focus of experimentation over the past five years with the potentialities of Internet performance.

As a new extension to the production I perform in my DC bunker, the beauty of my current broadcast frame of mind is that I can put just about anything on the air: from the feverish tirades of Donald Trump, to the dense collage of sonic spaces, to the exotic birds chirping outside my window, or my own running commentary concerning whatever crosses my mind. It’s all fair game in an open, lawless net radio frontier far, far beyond the FCC or any other regulators who control the anachronistic airwaves.

On the Internet, I can put anything on the air: I can say anything, play anything, broadcast complete silence, or even the sounds of the ocean: harkening back to the radical 70s KMPX radio in San Francisco that was kicked off the air for profanity and broadcast the sounds of surf for an entire month. This was my first radio awakening as a teenager.

Streaming live media is a new form of pirate radio without the threat of authority, all conducted via an elusive net impossible to monitor, as undergound and subversive as you dare, a liberated space where I can reach a global audience with unprecedented immediacy. On the net there are no boundaries or rules or gatekeepers. Internet radio is as free as it gets.

Now it’s time to prep the next show. Stay tuned. Or better yet, broadcast your own show.