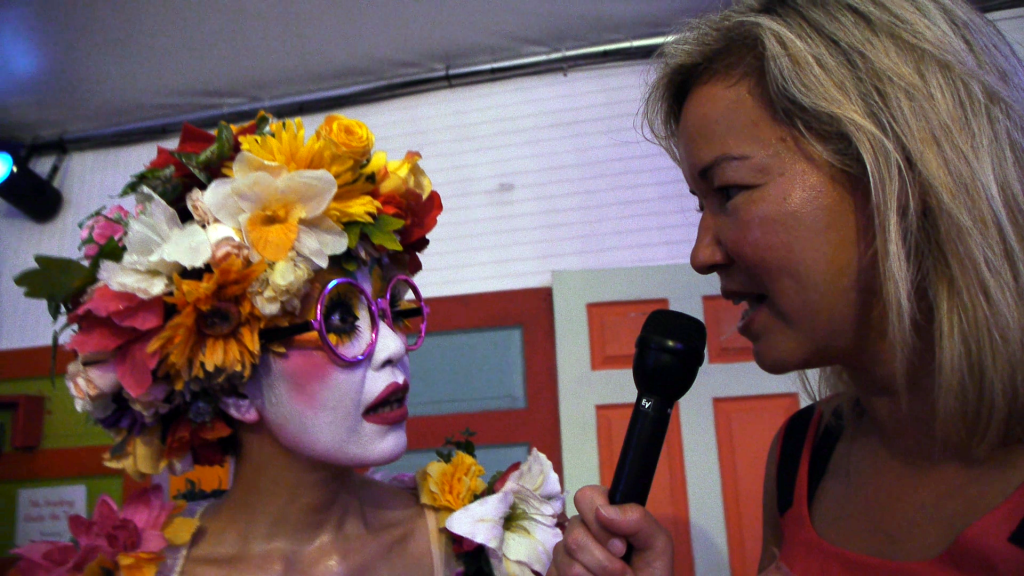 The Post Reality Show: TALK MEDIA! had its debut outing last night at the Capital Fringe Preview, with guest host Philippa Hughes at the helm. And what a night it was as Philippa threw tough reality-based questions at an extravagantly dressed gathering of performers, hummels, and generally over-the-top party-goers. How would you react if the striking Chief Creative Contrarian of the Pink Line Project snuck up from behind with a microphone and asked:

Do you sometimes find it difficult making the reentry into the “real world” after you have constructed, inhabited, and immersed yourself in an imaginary one?

Yes, you’d be startled! Well, we received a lot of provocative reactions at the Fringe, but I won’t reveal their responses just yet, you’ll have to wait until The Post Reality Show: TALK MEDIA! takes to the Internet airwaves beginning July 17. Let it be known though that we are only just beginning to instigate conversation everywhere we go as we dissect the heretofore indefinable nature of the post reality, while exposing it to anyone and everyone.