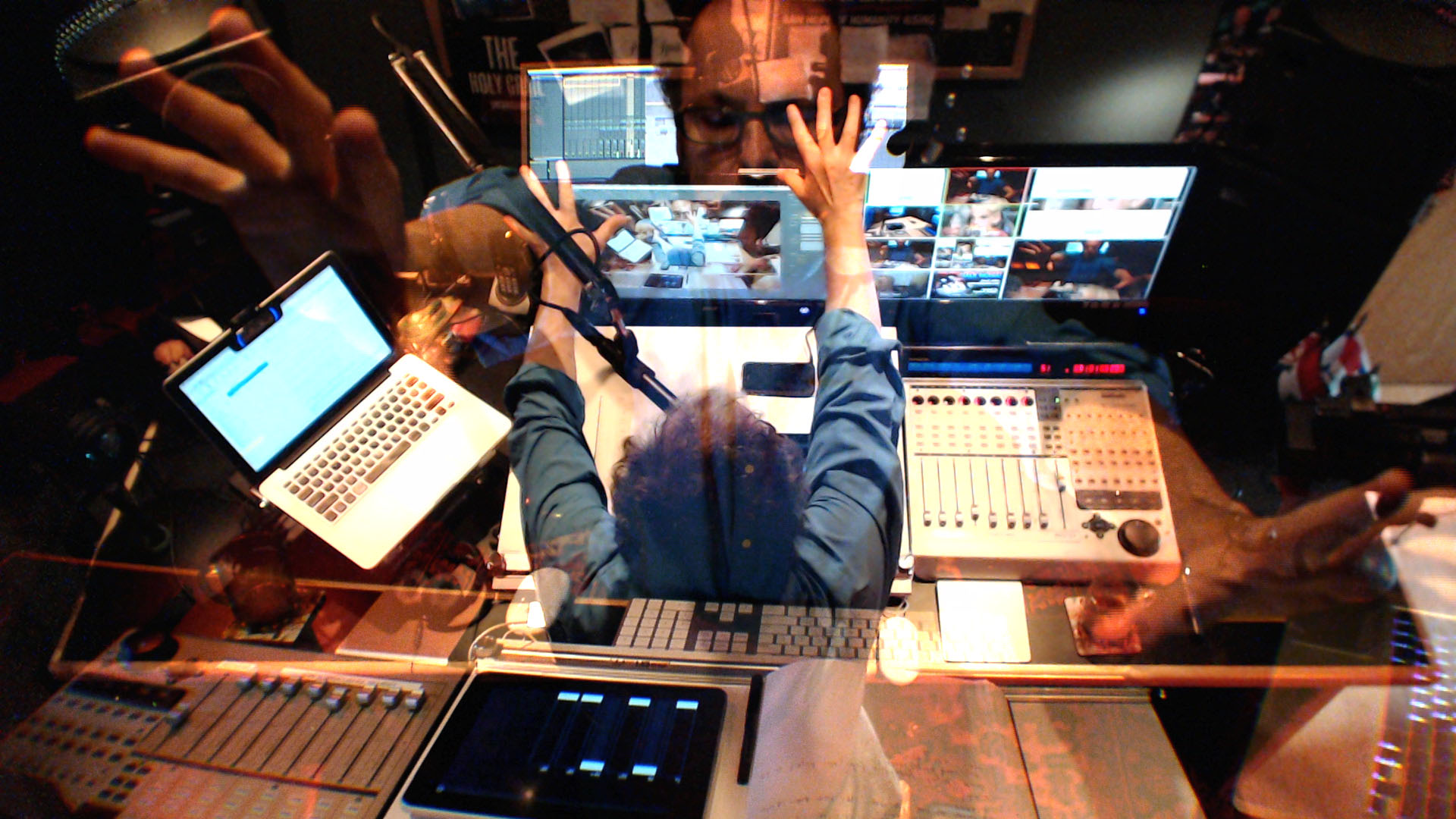 There are invisible edges revealed by the simultaneity of perspective. This simultaneity is a thing to behold. It brings attention to the manipulation of space that undermines the physical laws of the known world.

It is a concept of space that pays homage to Picasso and Einstein, who entered into what has been referred as the 4th dimension by the scientist and philosopher Henri Poincaré. Cubism and relativity set the stage for abstraction in the first decade of the 20th century, fracturing the concept of 3-dimensional perspective, and so too, a linear view of the world as constructed by artists during the Renaissance. Years later, in the world of abstraction, it became possible to push the manipulation of space to any end, and eventually to even flatten it.

My experimentation with space is more concerned with time: the simultaneity of events as they unfold. Here in the studio, multiple cameras capture the space in real-time, the working process unfolding as a rearrangement and disorientation of direction and distance. In the networked space, we have already seen our sense of the linear collapse entirely, in which our connections to things and people are distributed everywhere without concern for conventional spatial orientation. My task is to collapse this sense of space back into the studio flow as a configuration to be explored and tested. 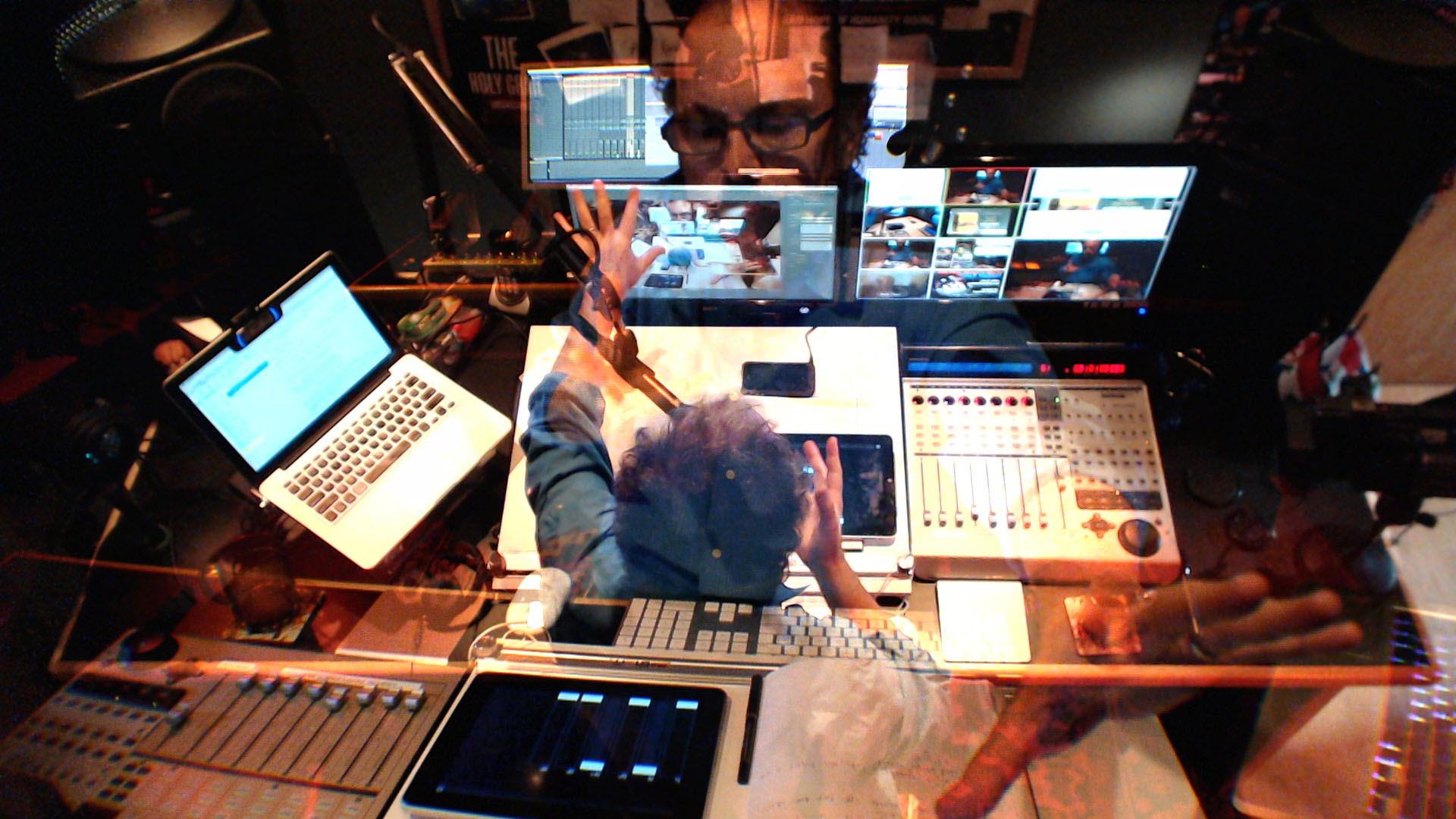 Like Kandinsky’s extraordinary compositions that fractured space and time to create symphonies of movement, I see the possibilities of sculpting space as malleable material recombined and reorganized electronically. Surely this is the pinnacle of musical form, a form of liquid architecture to be conducted as spatial composition. Or maybe it is the need to enter into something so mysterious, so unknown, you can only reach out until you touch the invisible edges.