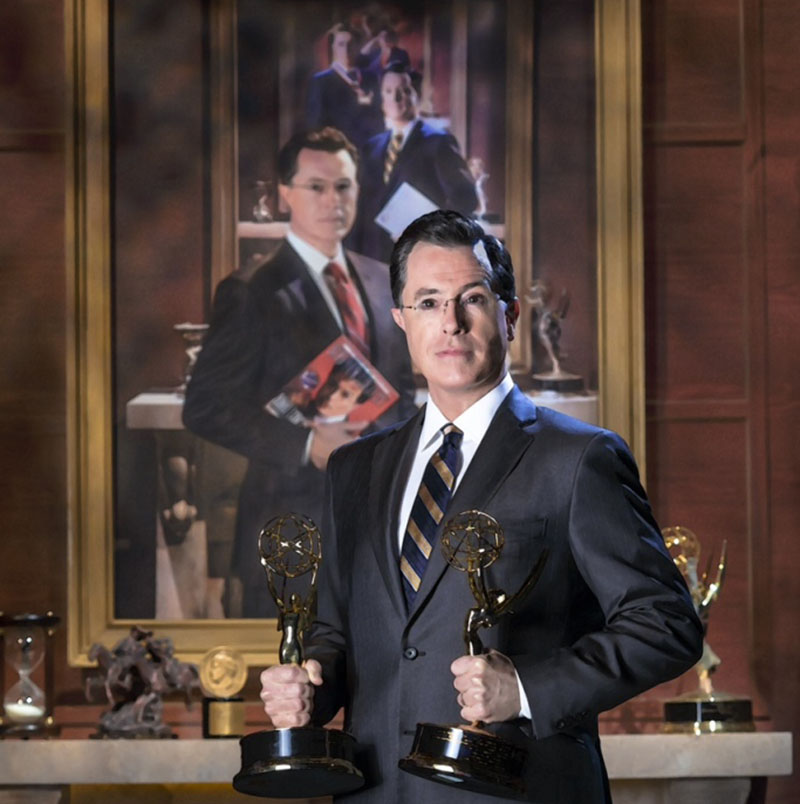 In the age of the post reality, whatever vestige of reality we may have ever once entertained Now trails off like a hall of mirrors: Baudrillard’s theory of the simulacrum is merely the entré to an endless sequence of illusionary representations. The idea of a left wing comedian posing as a right wing pundit posing as a no spin, fair and balanced political commentator, etc., etc., is well, a multi-layered impersonation or what Stephen Colbert called “emulation.” But what happens when the emulator is emulating the “emulation?” It makes the mind reel. But fortunately for our tenuous grasp on the thin veil of reality, all good poses must eventually come to an end. 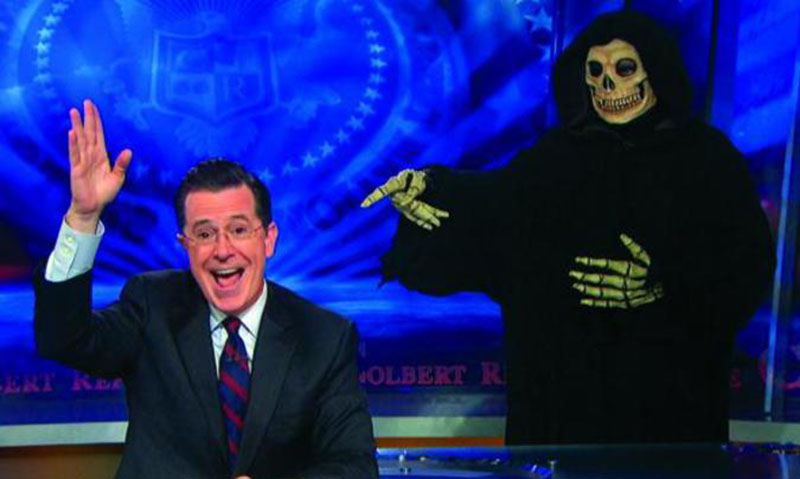 And that is precisely what happened the other night on the final Episode 1447 of the Colbert Report, some kind of Magic Number that sealed the deal on this comedy bombshell that landed explosively in the cultural zeitgeist to expose the “truthy” nature of post reality today. During the course of these 1447 Episodes spread over 9 years, I was surreptitiously mining my own “realesque” Episodes deep in the Studio Bunker, literally: on December 18, 2014 I too landed on that Magic Number in some kind of mysterious synchronicity with Colbert. Except for me, the end is my beginning in the creation of “The Post Reality Show: Episodic Mediations Concerning Post Reality Conditions” (much, much more on that later).

But for Now (and I mean Now in the True sense that this is the only time frame we Now understand), Stephen Colbert’s Epic Post Reality Comedy Experiment has itself sailed off into the stratosphere from where it began: a figment of our collective imagination, a parody of spinning logic, an exposé on the loss of whatever differentiation we may have ever had between that which is real and that which is not, the Act of going beyond, way beyond, in fact light years beyond, the suspension of disbelief. 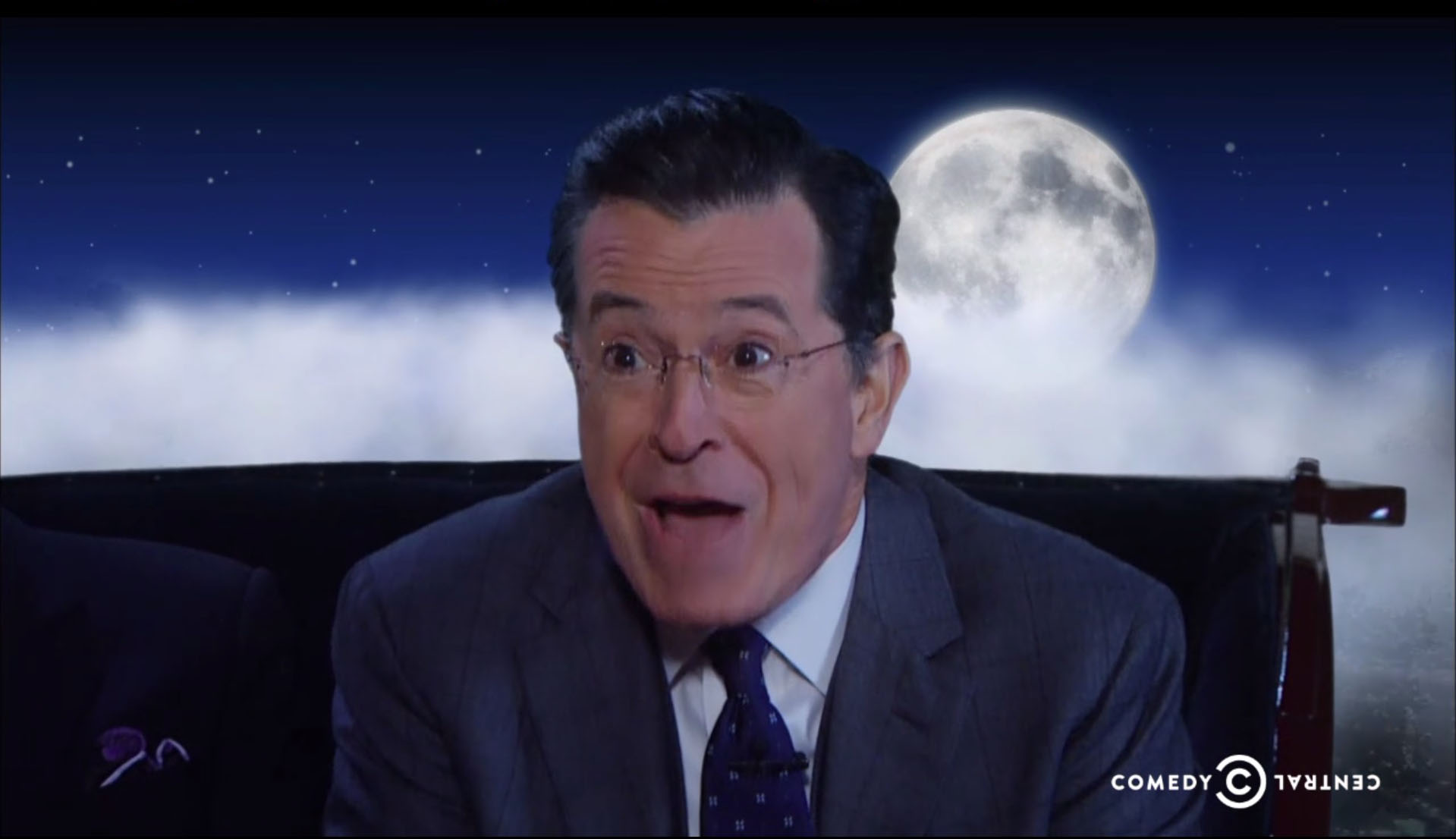