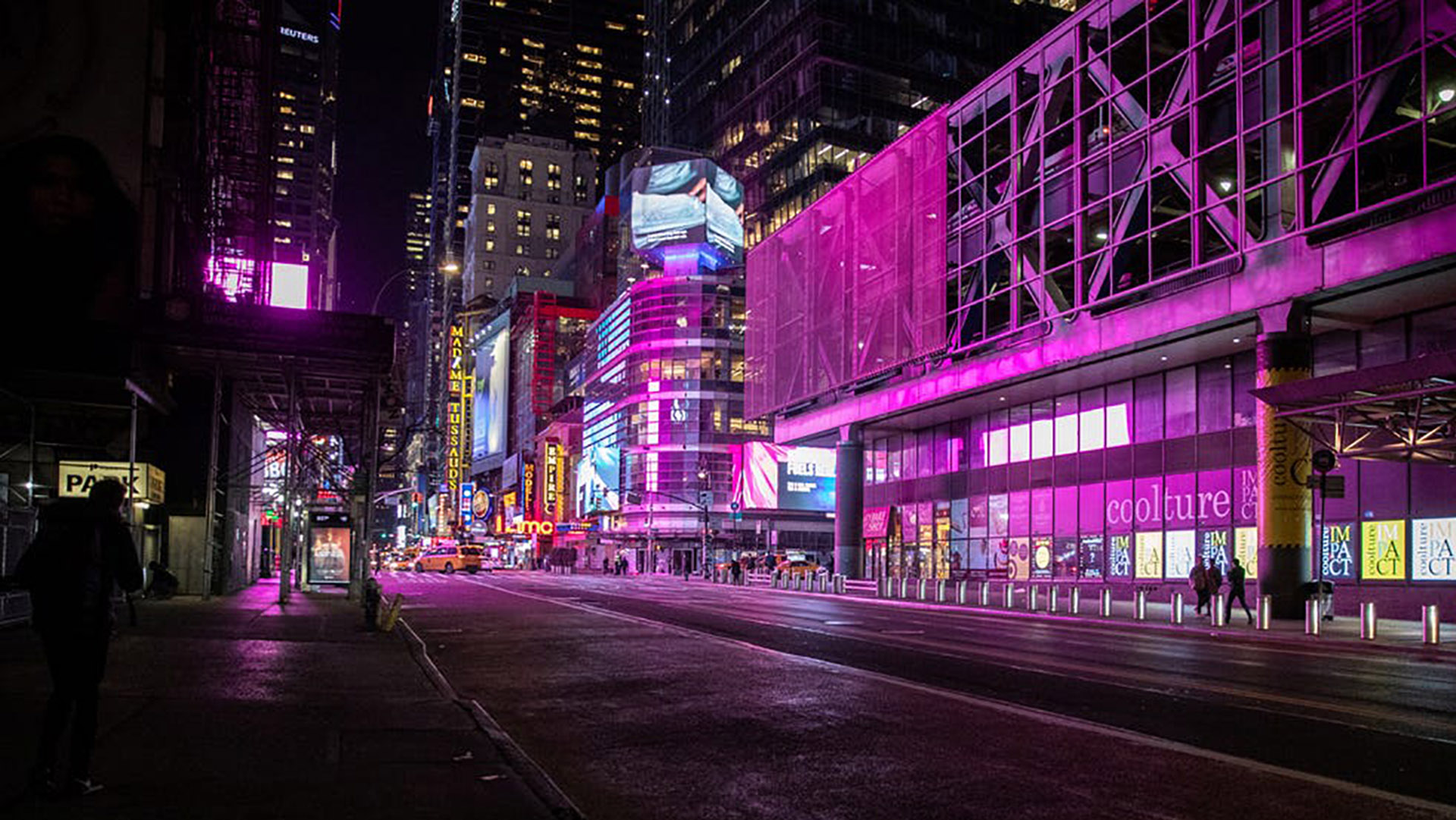 Liminal spaces are transitional, a place of transformation, mutation, and social change. The tripartite structure of the social drama, as derived from the writings of the anthropologist Arnold van Gennep, reveals a sequence in & out of the liminal state in the following order: (a) separation (b) liminality, and (c) aggregation. As we witness the deserted landscape of our cities and highways in the wake of social separation, we see unfolding an unprecedented state of liminality – an epochal free fall of the human species around the world – in which we can only wonder with fearstruck awe what civilization might look like when we reassemble back into some sense of normalcy.

Liminality opens the door to a world of contingency where events and meanings – indeed ‘reality’ itself – can be moulded and carried in different directions. – Bjørn Thomassen, Liminality and the Modern: Living Through the In-Between

Everywhere we turn, everything around us, has been turned upside down: broadcasters hosting cable news from their living rooms; ballet dancers performing a pas de deux in their kitchen; rock musicians in home studios singing solo acoustic; and on the dark side: thousands dying, hospitals overflowing, medical shortages, and millions unemployed that will no doubt create an economic collapse not seen since the depression in the 1930s. This is what happens when the whole of society is forced into a debilitating state of liminality and flux.

And so, we must ask: what are we becoming? What kind of rapid-fire Darwinian evolution of the species is altering who we are and how we interact with one another? Even after this nightmare pandemic reaches its gruesome conclusion, who knows when, how will we ever manage to comfortably re-aggregate ourselves back into the social milieu of concerts, cocktail parties, restaurants, and public gatherings? Perhaps this is a wake-up call to the hubris of our dominant relationship to the environment, with technology, and with all other species on the planet, now that we are at the mercy of a microscopic viral protein monster that ravages our biological system. In the current liminality of the pandemic, we have lost control.

We have entered into a liminal state of suspension, torn apart from one another by six feet of separation, shielded by masks and gloves and disinfectant, quarantined in the privacy of our homes to be accompanied by only those few, if any, who are allowed to co-inhabit our sequestered pods. It is here, in this lonely isolation we have discovered the ramifications of the timeless void of sheltering in place, a seemingly endless groundhog day of daily sameness, exacerbated by the inability to concentrate and move forward as we pace around & around & around our domestic cells.

Meanwhile, those who would prey on dire liminal conditions, the “tricksters” as they are referred to by the anthropologists, are those who disregard humanity in perilous times by attempting to fill the liminal void through trickery of the people, lulling us into false hope to bolster their reign on power. We clearly see TRUMP taking a dangerous turn for the worse by assuming the role of “Master of Ceremonies” in order to exploit the liminal instability of the pandemic. As Thomassen explains:

Sophists or tricksters live for the attention of the public, and they play with words and images, but they disregard the real nature of their own acts. They think they are the originators of a new world, they have no sense of measure, and they equally disregard social effects. They cannot trust other humans, and the trust that people invest in them will only be used against those same people. – Bjørn Thomassen, Liminality and the Modern: Living Through the In-Between

And so it becomes crystal clear we are in double jeopardy: a once in a century viral contagion coupled with a ruthless, self-serving demagogue in the White House lording over the chaos. We are in big trouble, to say the least. But at least the rite of passage through the liminal space has a resolution. We can only hope that on the other side we will discover a positive regeneration and reconstitution of how we function socially, environmentally, and politically. The pandemic could very well be the much needed catharsis of the human drama, a climactic denouement that brings to an end the XTreme TRUMPological chapter we have endured for the past three years. If there is any sense of divine destiny in the wake of this horrific pandemic, which has thrust humankind into liminal discord, it is that TRUMP has at long last met his match.