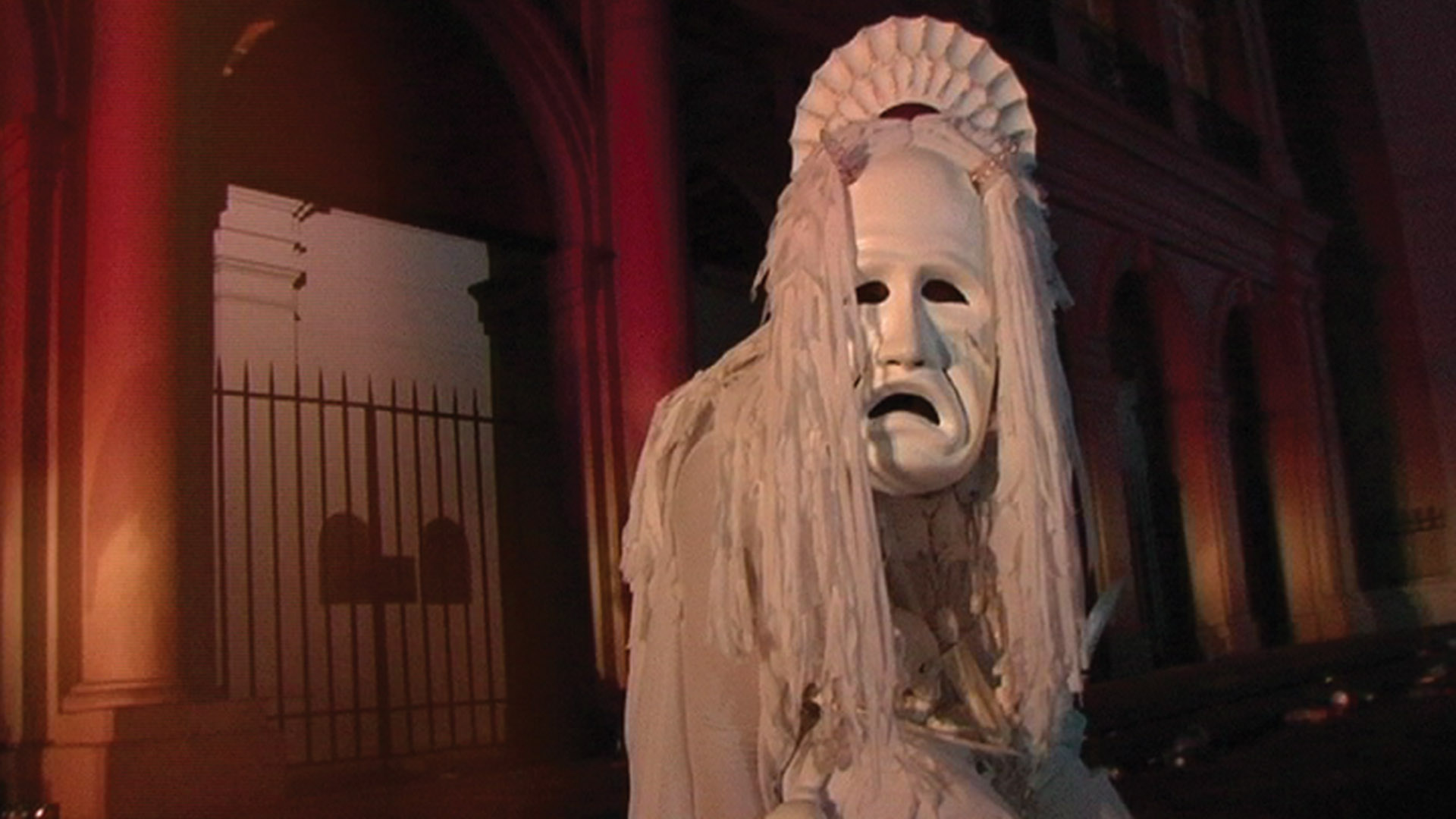 We led an ambitious artistic response mobilization at Mardi Gras to confront deteriorating social and political conditions in America that have led to the tragedy of Hurricane Katrina. Orf’s Immolation was staged at Jackson Square in the French Quarter culminating a one-hour multimedia walkthrough from Washington Park in the Marigny Triangle. Images of the hurricane and its aftermath were projected on the caped figure of Orf while he sang classic American songs of defiance, catharsis, and rebirth. The performance was intended to recover and reclaim what is sacred and what is at risk, what is fragile in the unique culture of New Orleans.