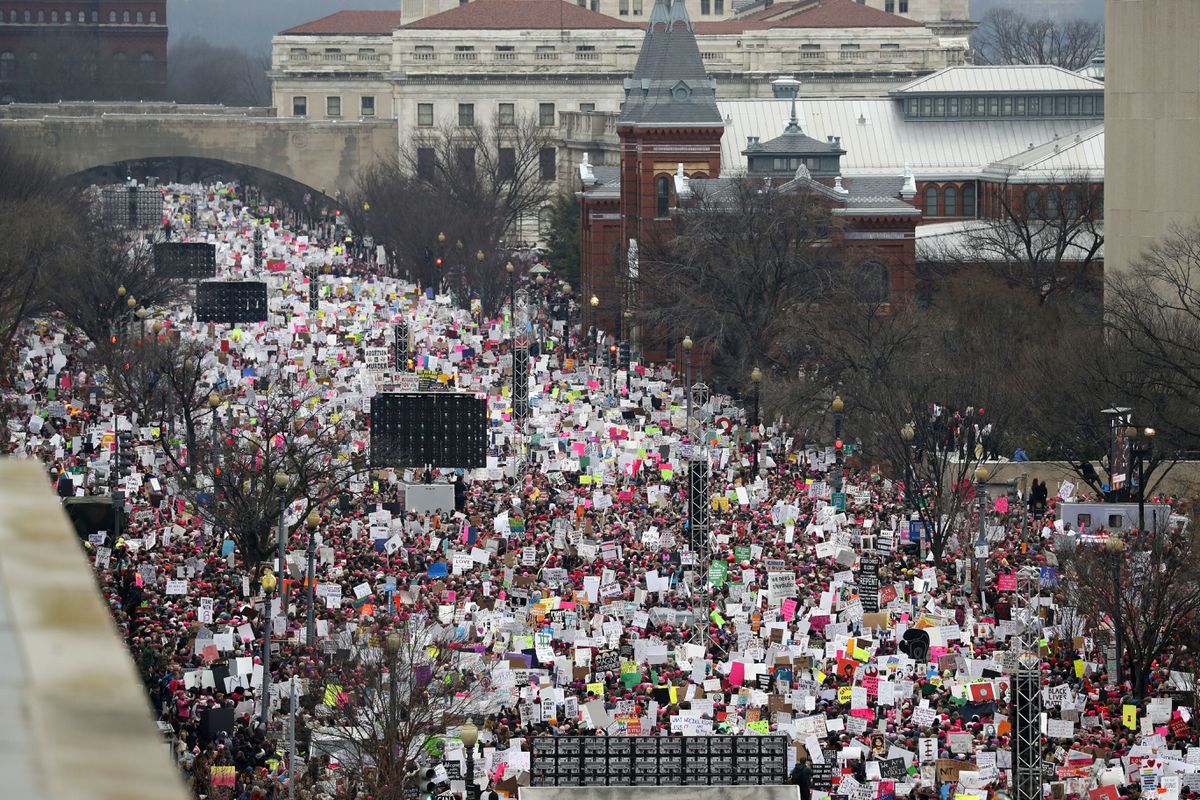 As we descend into a heart of darkness, the inauguration of an ominous cloud hovering over the nation’s capital, a million hopeful souls converged to lift us, at least momentarily, out of the gloom. We have seen already, in previous times of crisis, the resilience of the human spirit to overcome political adversity. Over and over and over in our turbulent history, America has been confronted with disruption, violence, war, and tyranny, but somehow, as if by some kind of divine intervention (no I am not going religious here), the people of this country have been able to muster whatever forces they can to step back from the edge of the abyss.

But this time, we are clearly headed for something we have never encountered before, a destructive force that has been cultivated by our (relatively speaking) free and open democratic system, which leaves us vulnerable to the forces of demagoguery. Saturday January 21st, just one day after the 58th Inauguration of Donald TRUMP, the people have spoken, they have demonstrated their inalienable right to have their voices heard, they have engaged in a collective cry of catharsis in the overwhelming (post) reality of a President intent on unraveling everything we have fought for since the signing of the Declaration of Independence. 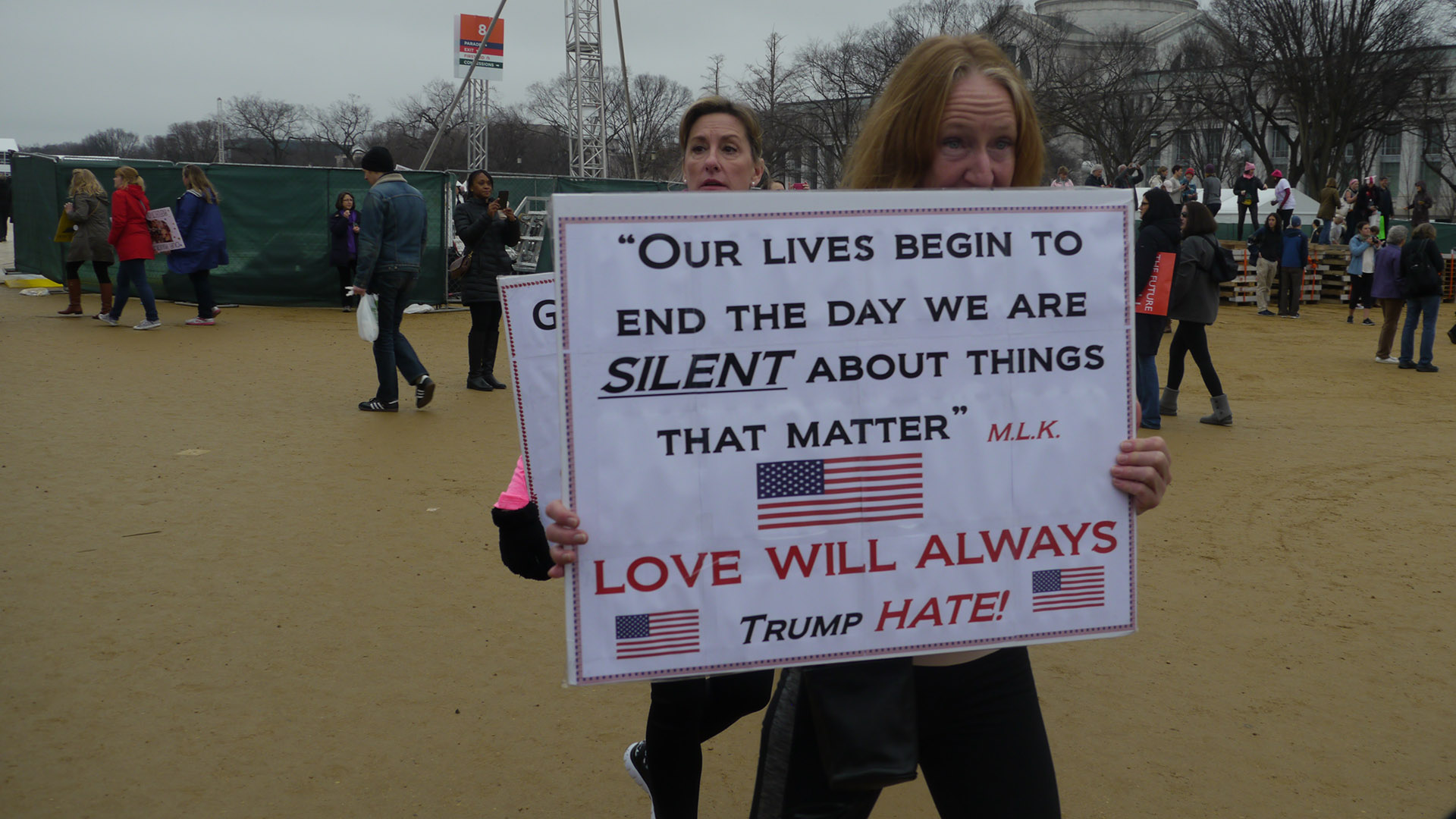 At the Women’s March on Washington, a million people descended on the National Mall, that symbolic stage set for America that has been the mis-en-scene for so many historical speeches, marches, demonstrations, and expressions of individual rights when freedom is threatened. And not only the nation’s capital, but in large and small cities across America and around the world. It is clear that a global war is now being waged against a single man who poses an existential threat to all of humanity. TRUMP has, in his infinite madness, taken on the world. But people will not be blinded, nor silent, amidst a raging storm of propaganda, disinformation and “alternative facts.” 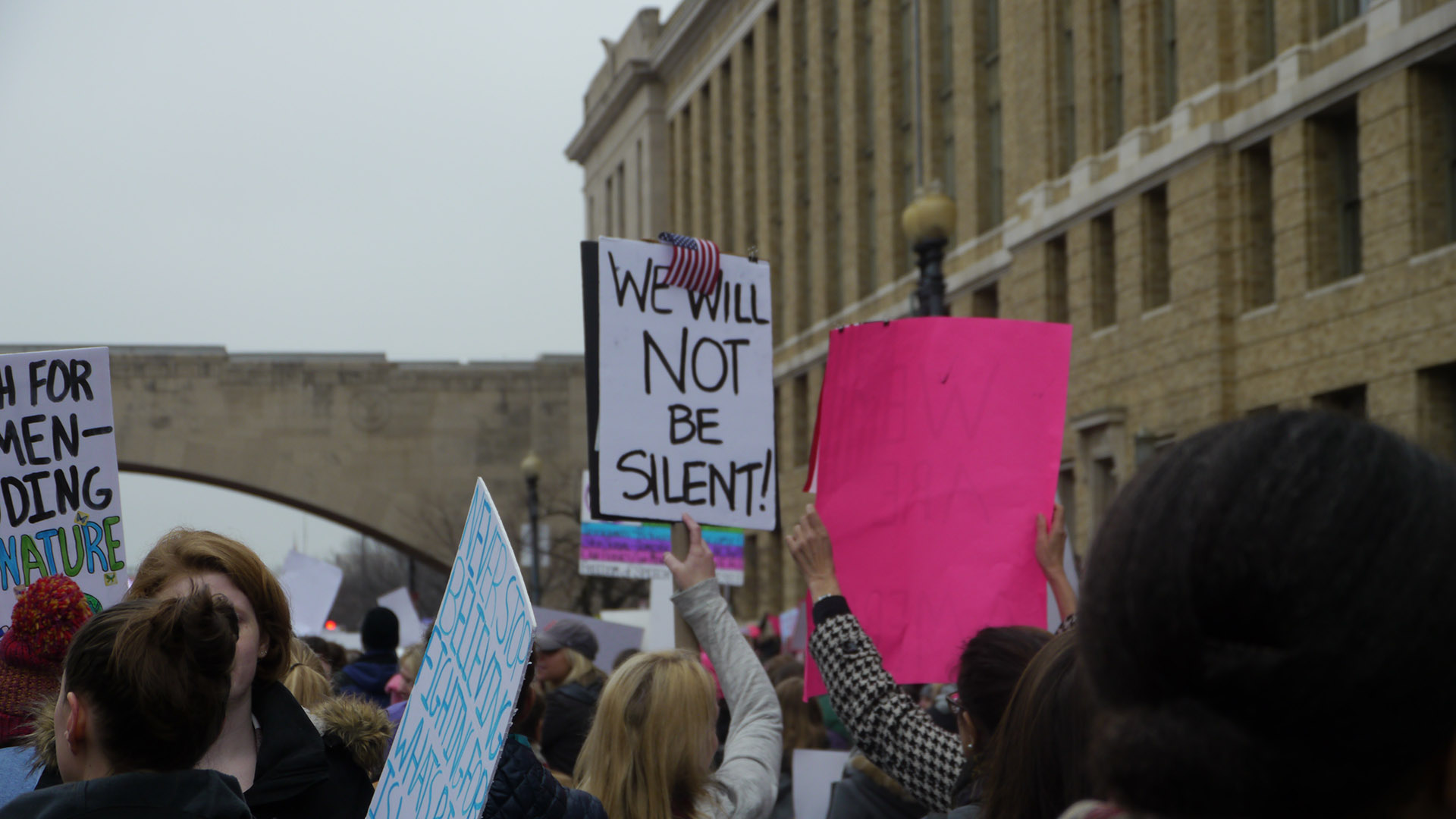 This time around the fight against tyanny will be spearheaded by the power of women, who more than anyone, have suffered humiliation at the hands of TRUMP’s misogynist altercations and Hillary Clinton’s underhanded defeat. At the Women’s March, they came prepared with their pink, hand-knitted pussy hats, which rose as a powerful meme to symbolize empowered, collective, defiant feminism. There is no doubt we are going to see a new wave of feminist activism challenging TRUMP’s brutal rise to power, who has now brought onto himself, the vengeance of an entire gender, who will assuredly take him down in due time.

If there is anything that makes America great (and I don’t mean to push a nationalist agenda here), it is the mediational act of intervention when confronted with an attack on our system. America (and the world) is like an immune system that has been invaded by a deadly virus, and women are now leading the charge to fight back against a festering TRUMP infection. And this infection is vicious: it rapidly spreads disinformation through the body politic that breaks down it’s ability to manufacture reason, invading the arteries of logic with a lethal congestion of the flow of truth, causing disruption and eventually a viral chaos that leads to a total deterioration of democracy. 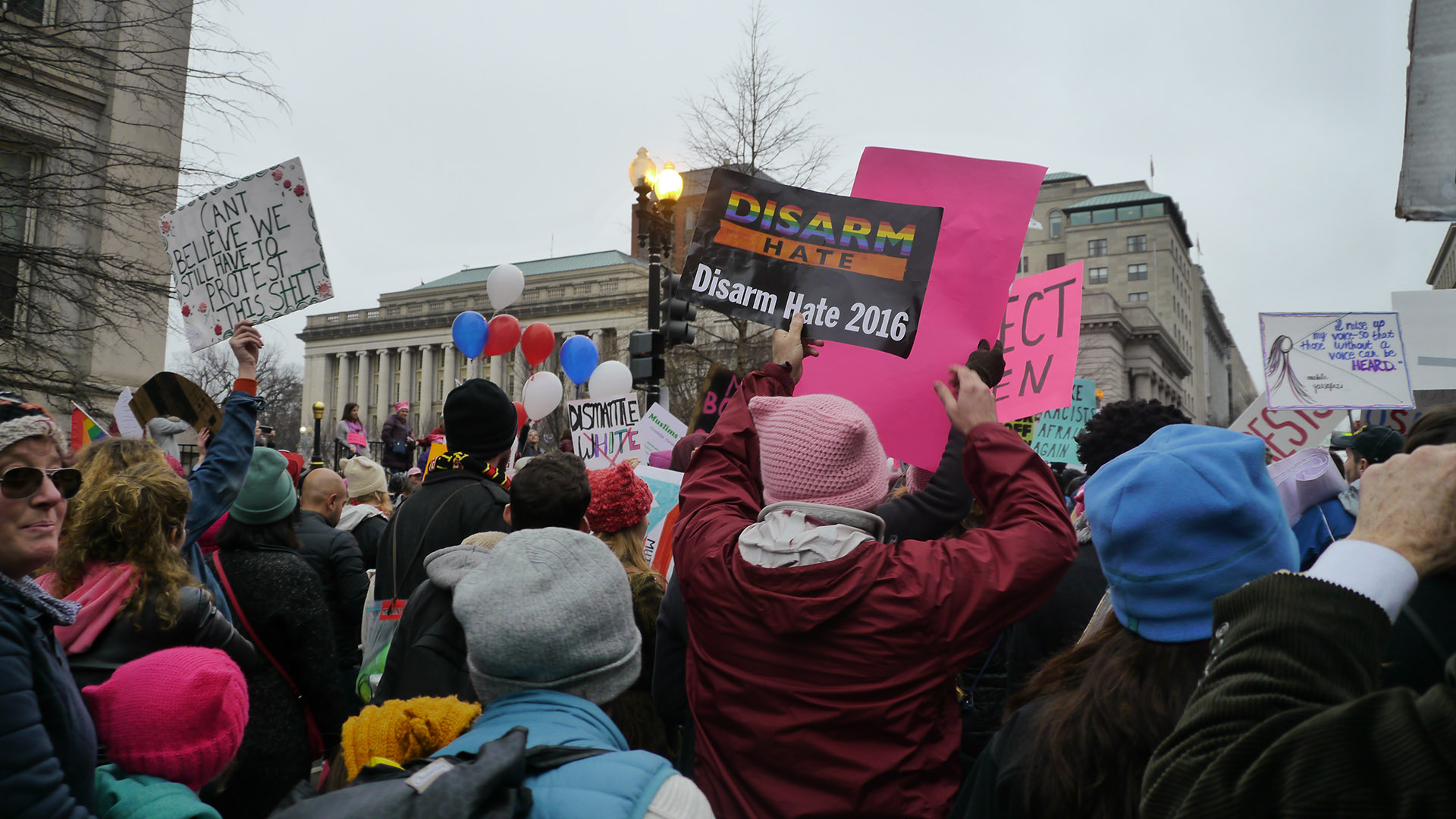 The only solution to confronting this dangerous virus is for the people to carry out a complete and total rejection of the TRUMPological disease. If TRUMP can penetrate our democratic system and lodge himself vicariously into the governmental power structure, weakening its defenses, it then becomes imperative that we respond by conducting a surgical removal of his malignancy that has metastasized into a raging cancer. How is this accomplished? This is done through through millions upon millions of collective acts of mediation: determined political action that begins in the streets and then swells into organized intervention between this strange, hostile force, and the world as we hope it to be. 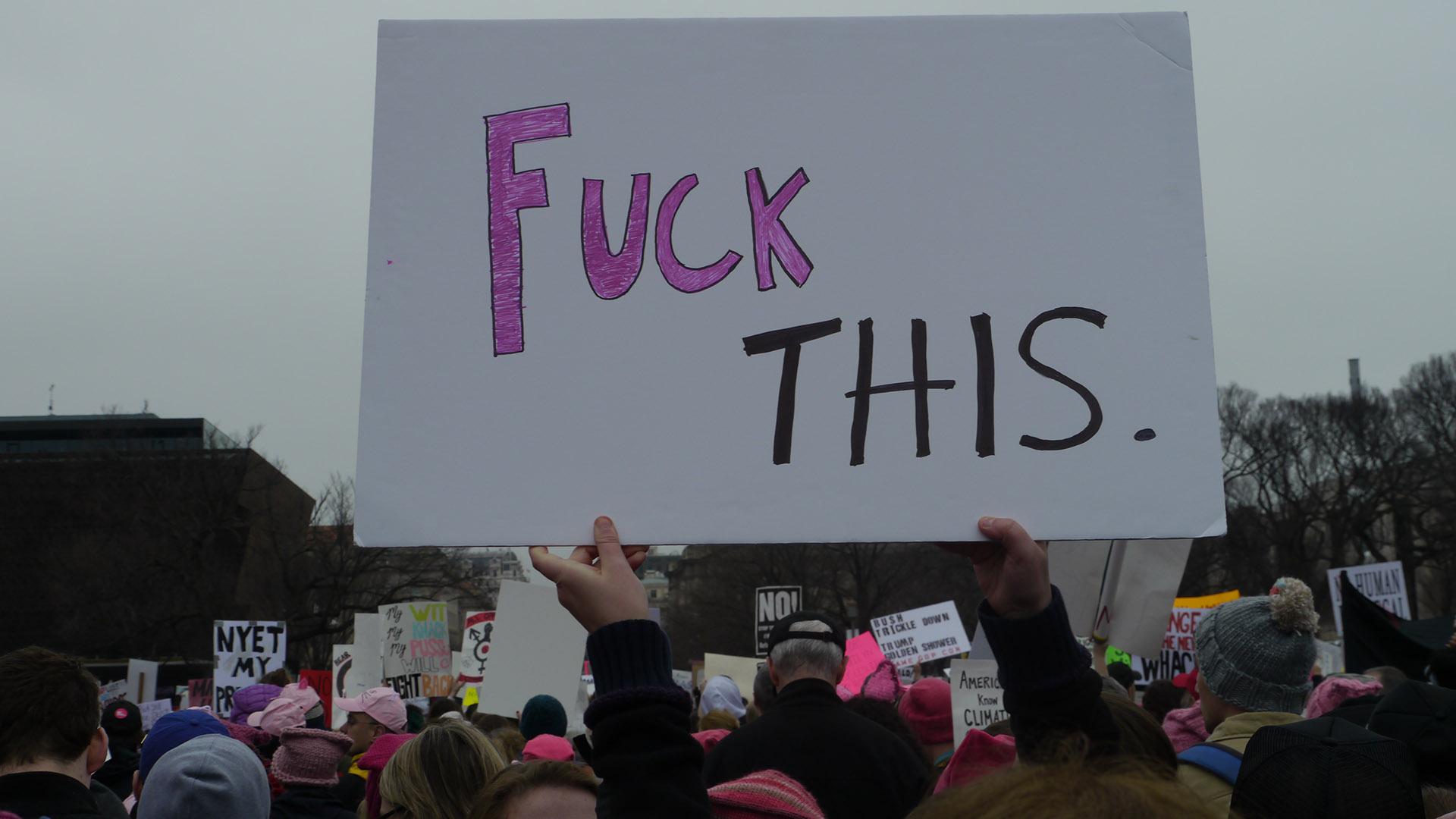 In each and every act of mediation, we seize power by giving form to our terrors. Don’t be silent, and by all means, don’t stop acting.