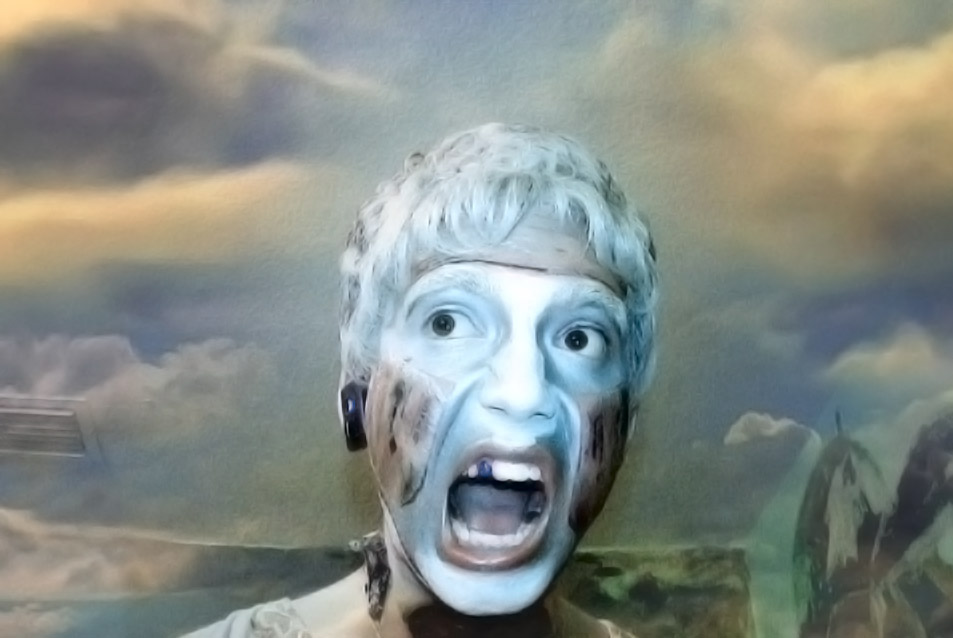 I romie on ur road but I don’t see no jj. so where in a view be my city be my jj.

It’s the new language, the language of pure media… instantaneous thought blasts that rapid fire through a stream of memory and nonsense… It is Ryan Trecartin’s brain turned inside out and folded in again as a stream-of-conscious cut-up of word-imagery and music-infused strangeness. And that describes just a few seconds of the non-stop flow and multi-layered collage of everything imaginable in the 21st century YouTube post reality. This is not just Ryan’s world, this is the world of the post millennial whose everyday reality is pieced together from clicks and scrolls and drags through the vast expanse of the virtual terrain. If in fact the previous generation can be defined by the mindless pressing of the television remote, this, mind you, is a super-controlled 3d first-person plunge into delightfully fragmented worlds, deconstructed and endlessly malleable.

Oh, i’m just not mad about anything, i’m kind of happy…. jj