In my underground bunker of a studio, just a few blocks from the vice-presidential compound, my walls are lined with distant memories of a recent past, images that were appropriated, collected and organized into my cosmological re-construction of the Underworld of America. 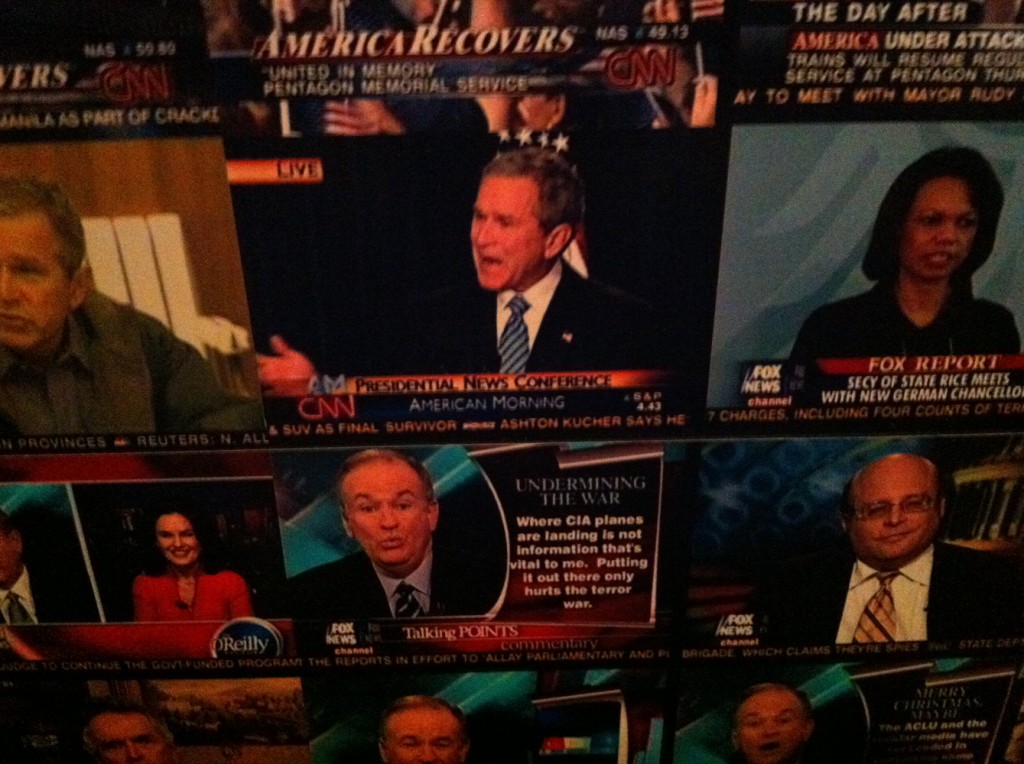 Things are precarious here on the bleeding edge, where I am trespassing on radio frequencies banned by the FCC, investigating rarely observed phenomena at the intersection of reality and fiction, and now and then, when the moon and the sun and the stars align, venturing out into the heavily secured streets. Ah, the glamorous life of the artist in the nation’s capital.