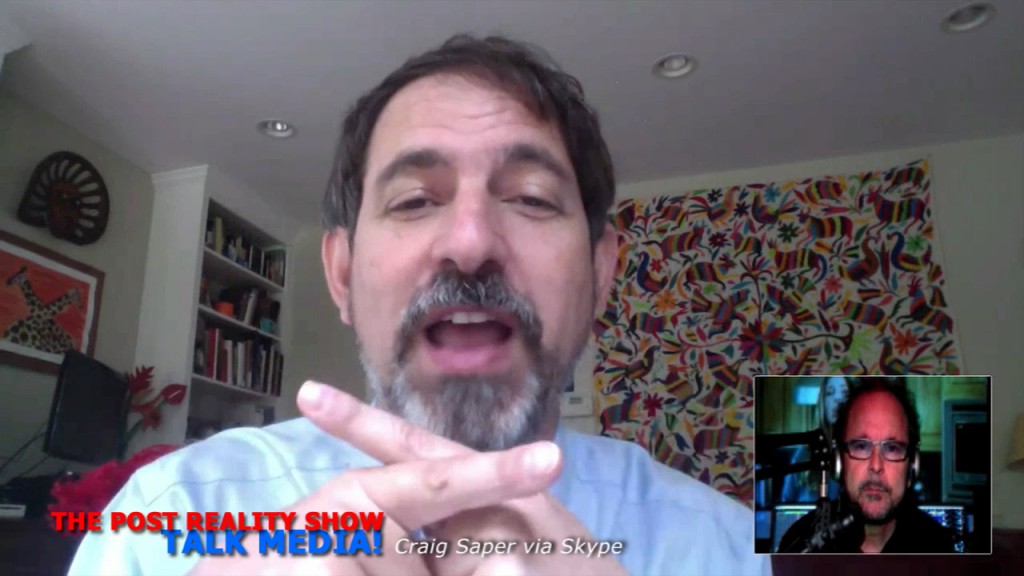 Launching The Post Reality Show: TALK MEDIA! has been akin to giving birth to an uncontrollable monster. Last night, by hook or by crook, we managed to get the show off the ground and into the airwaves. What was the problem? It seems the Livestream server starts to choke just around showtime, how’s that for timing?? After this happened two nights in a row (the night before last was aborted), we managed to corral Livestream technical support from New York City to Bangalore, India who somehow, miraculously, tweaked their servers and the show was off and running.

Nevertheless, the broadcast proved once again the potential of this new medium as a global discourse on media. Our three guests, Craig Saper, Max Kazemzadeh, and Rex Weil, who waded the turbulent transmission problems to participate in the live chat, were situated in Ithica New York, Dublin Ireland, and Washington DC respectively.

And fortunately our guests have a stalwart sense of humor, Craig Saper (pictured above) suggested we engage a fax machine to broadcast the show. Given the state of live Internet broadcasting, that may be the appropriate solution for life in the post reality.