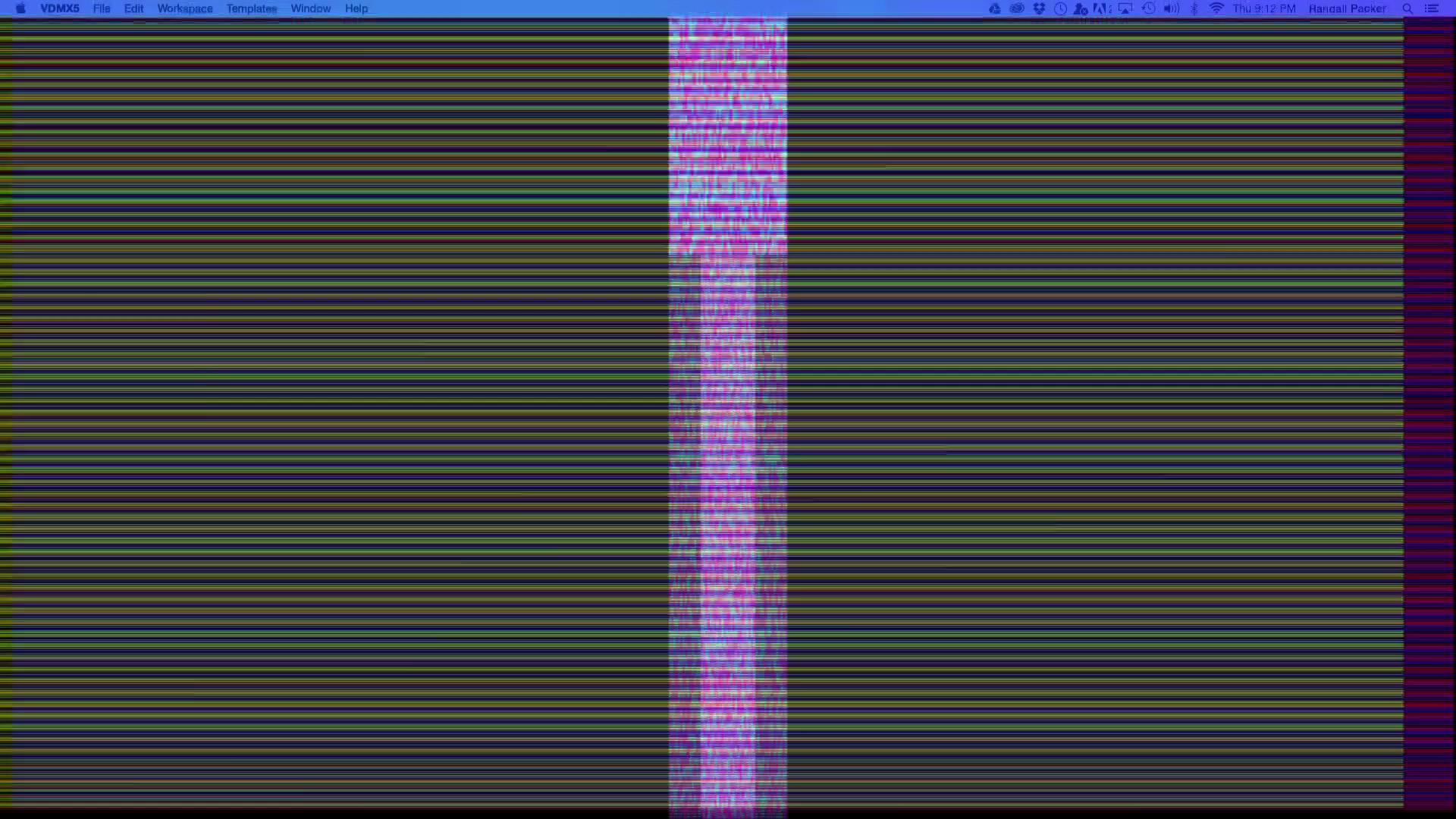 If you are old enough to have adjusted a flipping vertical hold on your tv set, then you know how frustrating signal degradation was in the golden age of UHF television. Oh those were the days: endlessly fidgeting with the vertical hold knob until the image gradually slid into place, only to start flipping again as soon as you sat down on your comfortable couch.

While the days of adjusting the vertical hold are a distant memory for aging boomers, the idea of signal degradation, flipping images, video scan lines, and pure noise have made a retro return, particularly in glitch circles where bad TV, broken images, and analog-style artifacts are in and high-end imaging is out. Nowadays, the medium is truly the message, “content” is tired and old hat, and glitched-out signal mangling is a rejection of the anachronistic pursuit of holy grail, high-tech perfection.

postREALITY.tv has embraced this phenomenon (a kind of pre-post homage to the beauty and aesthetic of the bad tv signal), and yesterday during the second day of experimental broadcasting live from the bunker: old-style, noisy, flipping, bending, abstract audio-visual noise generation coursed live through the network, an algorithmically concocted real-time, mixological composition. Oh, to fire up a few synths and LFO (low frequency oscillator) patterns generating cyclically changing noise signals, along with patterned vertical (and horizontal) lines shifting to their own hypnotically looping sinusoidal manipulations. You could say it was an oscillation feast, nothing profound or activist or revolutionary here, just the pleasure of the repetitious FLOW of bad tv nostalgia as an audio-visual treat to the senses.

What this proves however, is that tv can be anything you want it to be: artist-driven television programming that exists for its own sake: commercial free, content free, or just plain free. Creating your own channel and making your own television is an act of liberation, especially when you generate enough noise to drown out the endless drone of the mainstream media.