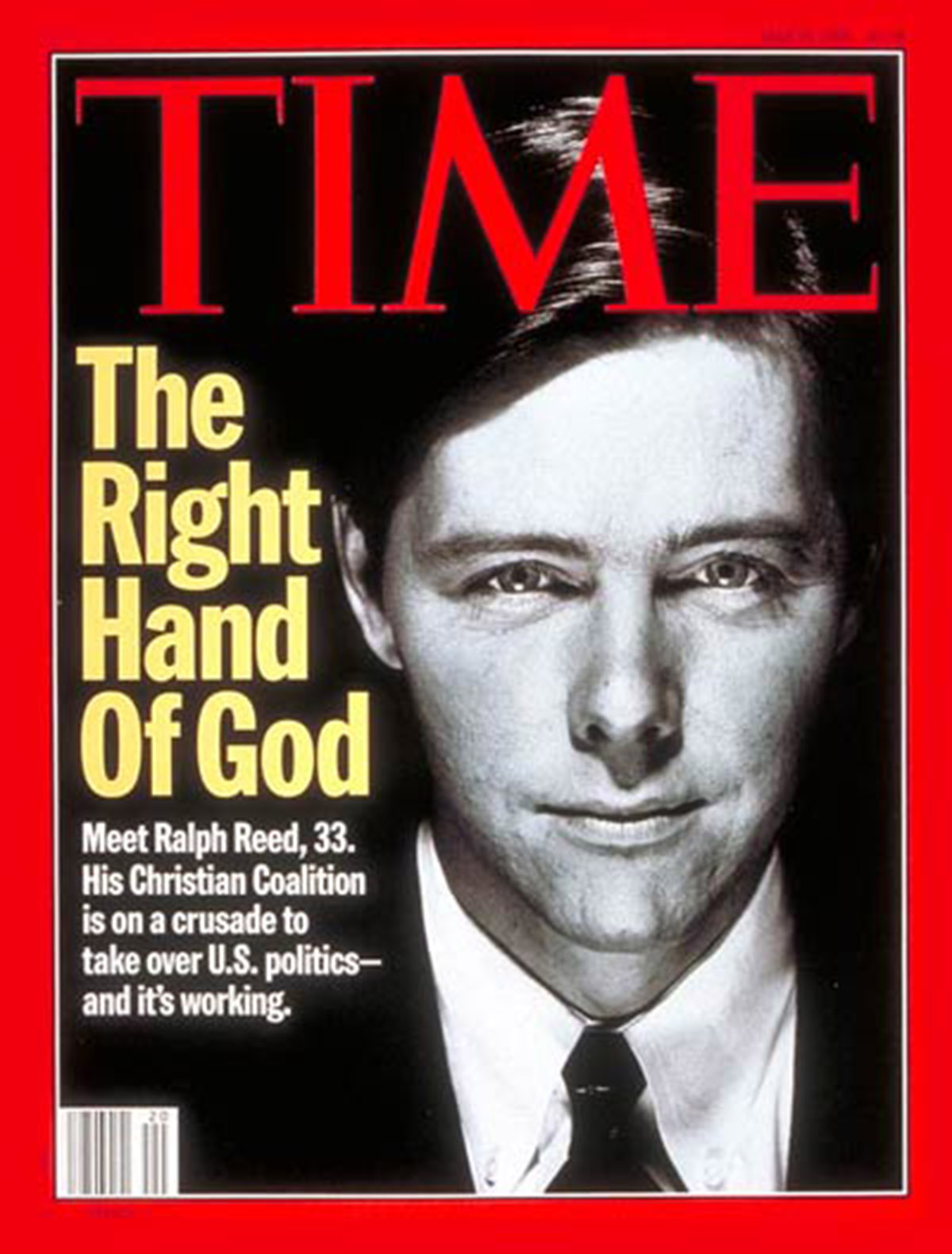 Ralph Reed, who just lost his first political bid for Lieutenant Governor of Georgia, was heralded ten years ago in Time Magazine as the “Right Hand of God.” Now his career has been sunk by his own colleagues in the Far Right Wing Fundamentalist Christian movement. None of them want to implicate themselves in Reed’s dirty laundry with his ties to the Jack Abramoff scandal. Is it possible that Ralph Reed is not the Golden Boy of the Republican Theocracy after all?

God uses our mistakes to draw us closer to him. – Ralph Reed

Let’s not forget the Right Hand of God wields itself in mysterious ways.