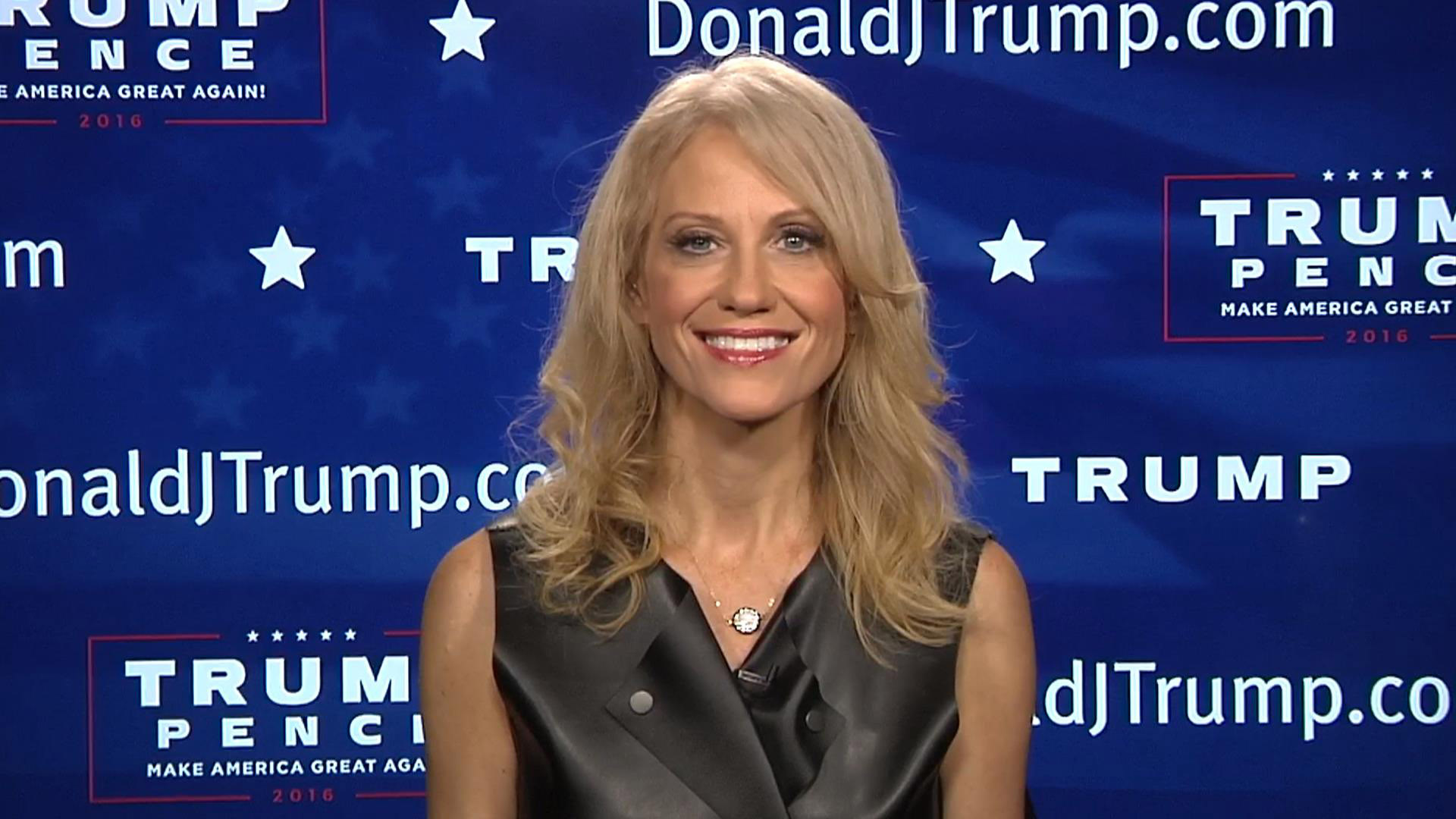 Look deeply into those vacant eyes, that empty smile: they tell you everything and nothing. Kellyanne Conway, Stepford Wife par excellence and the newly appointed Minister of Post-Truth for TRUMP CORP, is the face of the Orwellian construction of dark subterfuge that is draining, not the swamp, but the remaining authenticity of truth from American democracy.

Post-truth has become the operative buzz word for the TRUMPian nightmare. Conway is the Ministerial mouthpiece representing the teeming mass of surrogate TRUMP post-truthers who boldly define a “brave new world” without any distinction between fact and fiction:

“You guys took everything that Donald Trump said so literally. The American people didn’t. They understood it. They understood that sometimes — when you have a conversation with people, whether it’s around the dinner table or at a bar — you’re going to say things, and sometimes you don’t have all the facts to back it up.” – Corey Landowski

We are seeing an epic assault on the already blurry line between truth and lie in politics, where the echo chamber resonates endlessly to produce a distinctive and powerful distortion of reality, or what I refer to as post reality. This semiological cesspool of vague representation has become a dangerous netherworld where nothing is substantiated, nothing is consistent, logical, or real. TRUMP has assumed the mantle of John Lennon’s Nowhere Man living in a delusional reality:

However, TRUMP’s annihilation of truth is calculated, manipulative, cold, and toxic. And unlike the lonely, solitary Nowhere Man who is “Making all his nowhere plans for nobody,” TRUMP is hard at work in his Tower Fortress making nowhere plans for Everybody. This is precisely why he surrounds himself with robot-surrogates who deftly keep a straight face while spinning disinformation as the new post-truth: his very own truth militia.

So as the TRUMP Transition Show completes its casting call, assembling the Ministry of Truth, Love, & Plenty, TRUMP continues to propagate his euphemistic, post-truthian mantras (we know them all too well): “Make America Great Again,” “repeal and replace,” “drain the swamp,” or “build the wall and Mexico will pay for it.” In TRUMP’s billionaire-fantasy-country-club world, none of these cheap penny slogans will ever see the light of day.

Yes, in post-truth America, we the people are the Nowhere Man.