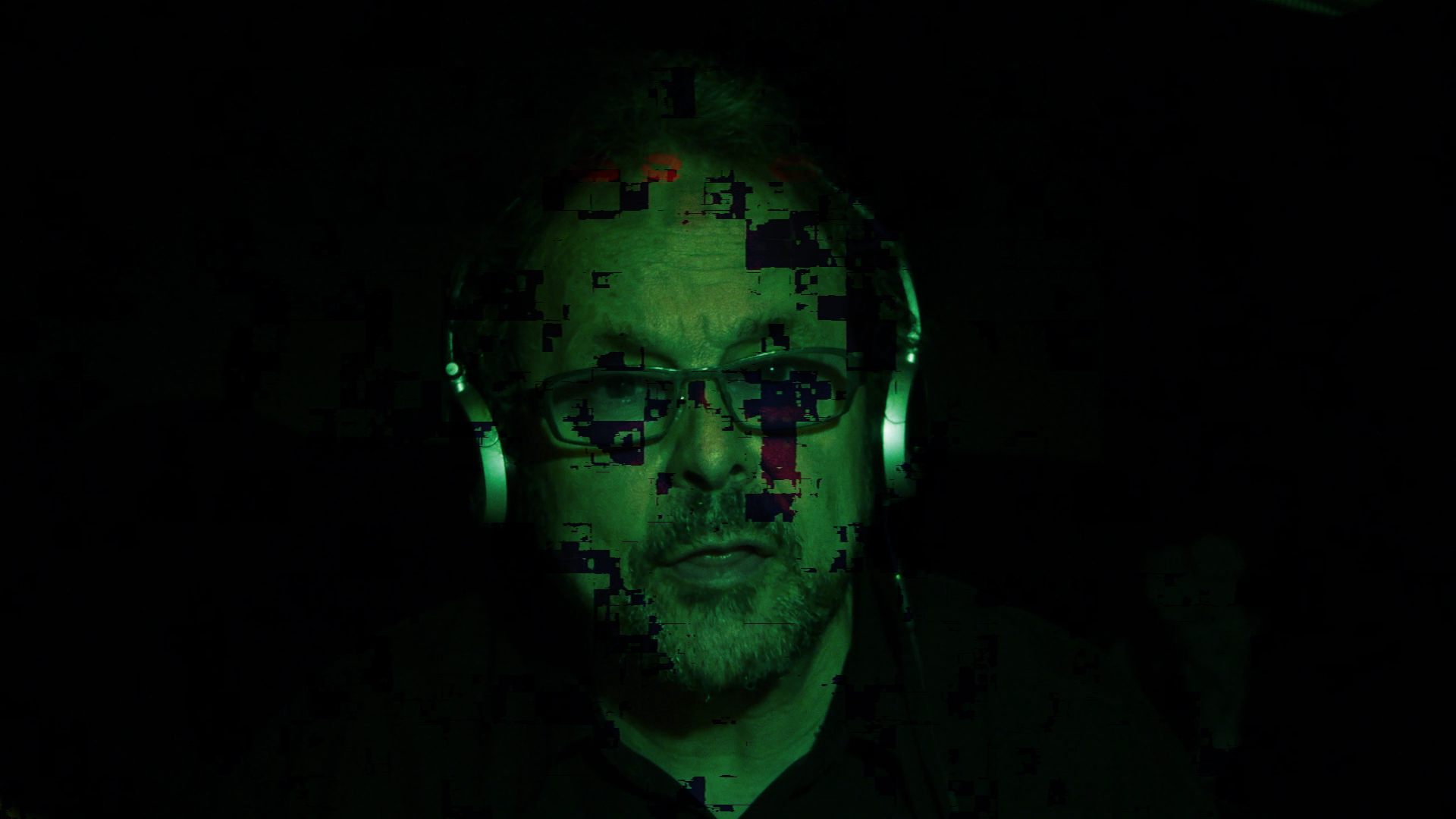 Today’s world is largely made up of pixels. There is no denying it. As everything shifts from analog to digital, we essentially are moving from continuous waves to discreet numbers. That is the world we are becoming: an algorithmic arrangement of zeros and ones. As we communicate and transfer media across the network, the minutia of information is circulating endlessly in the system. We too, in our distributed presence, are broken down as data and reassembled as well. How will this come to reshape our thinking, our self-image, the meaning of who we are in the world?

The manipulation of data, so pervasive in everything from glitch art to everyday media tasks, raises the question of whether or not our identities are being resorted in these media transformations. If information is as fluid and transportable as the launch of a photo attachment or the playback of a video, then what is happening to our sense of place and situation in time as we transmit and navigate through the third space. Why, in fact, are we so fascinated by electronic disturbances? Why are we hypnotized by static and pixels and other digital debris floating across our screens and through the synapses of our brains?

There is something alluring about the disintegration of information particles. It is as though we are peering through a microscope, not at the invisible paramecium and amoebas found on lab slides, rather, the content of an emerging universe of digital life that we are rapidly becoming. It is more and more difficult to differentiate between the organic from the mathematical when life itself is a blurring phenomenon oscillating between the real and the virtual. Regardless, our artistic creations are tending towards the data-driven visualizations of living and synthetic forces.

The increasingly shortened duration of media objects manifesting in tightly wound video loops and gif animations, suggests a burning desire for the hypnotic spell found in the abstraction of a granular moment in time. We find it in musical stutters, chopped up samples, and the fragmentation of exploding, animated particles. We are mesmerized by granularity, in which the elements become so small they no longer represent the original. This is the state of our telescoping reality, revealing the invisible lines of data beneath the surface, an entirely new universe opening up before our bedazzled eyes.

Yes, it is beautiful in there, a transfigurative experience, and ultimately narcotic in its hypnosis. Just stare at this gif animation by Jon Cates long enough… counting down from 100, 99, 98, 97…