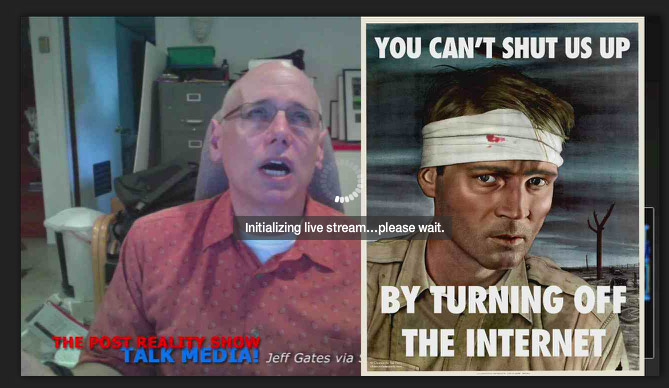 Oy! Last night’s broadcast of The Post Reality Show: TALK MEDIA! was fraught with peril, a problem, we believe, with the Livestream server caused much of our audience to go into the dread buffer wheel of death. In this photo, our very own guest, Jeff Gates, is caught frozen in time and space in a frame grab on his computer. Oh how comically and ironically Jeff had been silenced by the tyranny of Internet bandwidth overload!

Such is the price you pay for our over-the-top experimental-internet-audio-visual-talk-media broadcast concept! Yes, Oy!!