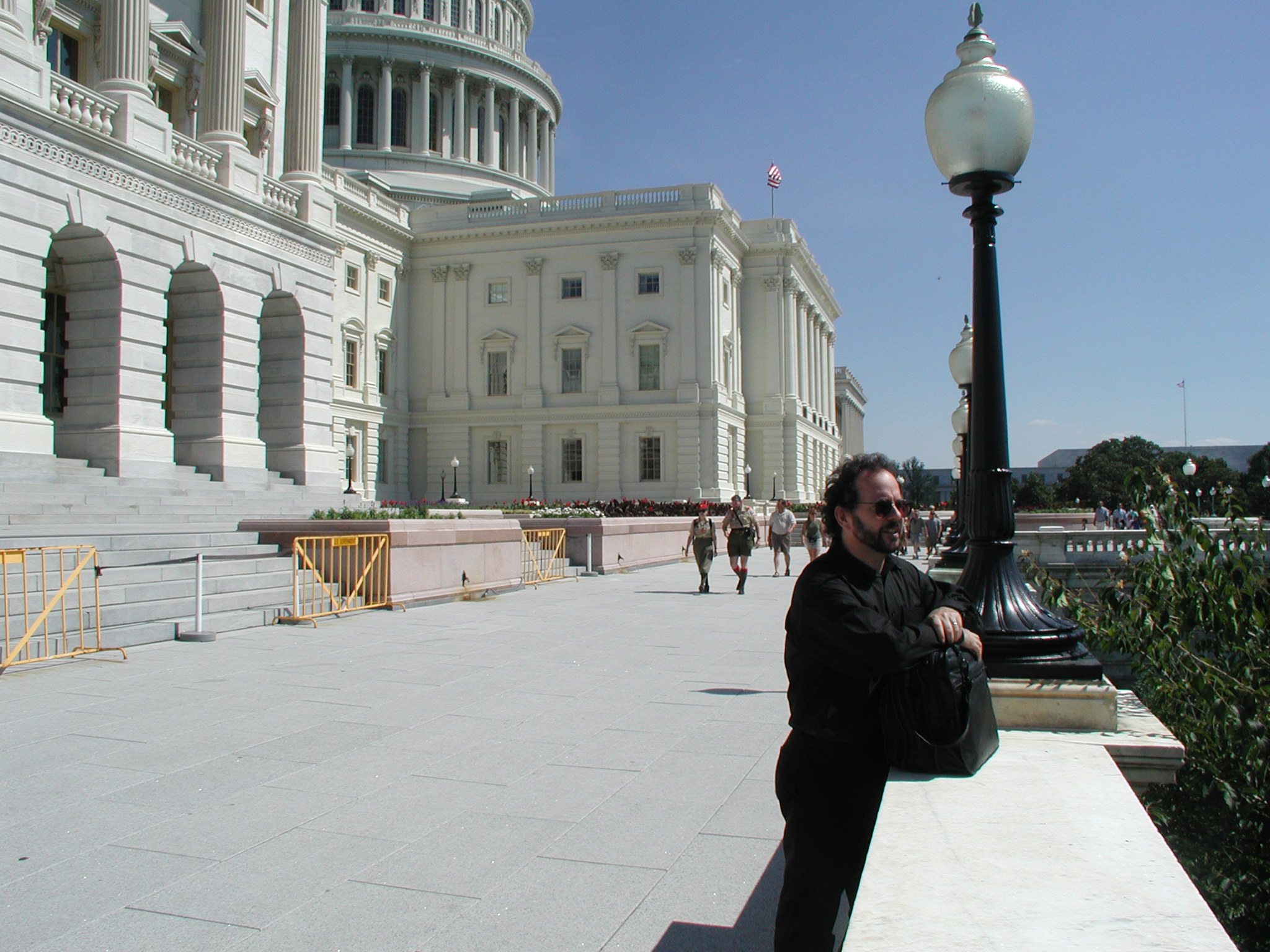 In the climate of crisis following September 11th, I appealed to the President to consider a new proposal, a new direction—to follow the artistic lead. I could clearly see that military tactics would fail in this new 21st century war against an invisible, distributed enemy. I crafted a letter detailing my proposal and e-mailed it to President Bush (copying the vice president). In it I outlined my request that he form a new government agency, the US Department of Art & Technology, an artist-driven agency that would embrace the transformative aspirations of the artistic avant-garde. It seemed to me, in this hour of darkness and uncertainty, that it might be a powerful strategy in an environment of cultural conflict, to insert the artist—a cultural beacon, a light on the horizon, an interventionist, a provocateur and a mediator—into the growing morass of divisiveness. I quoted the British artist Wyndham Lewis: “The artist is always engaged in writing a detailed history of the future because he is the only person aware of the nature of the present.”
Dear Mr. President,

Two years ago, upon moving to Washington, D.C., I had the grand idea that what our country needed most was a new government agency to oversee the integration of art and technology. As an artist working with new media, I was seeking a way to engage with the government and to stimulate collective action, and felt strongly that my expertise in this area qualified me to found the U.S. Department of Art and Technology and be appointed as its first Secretary. My plan was to build an agency that effectively uses the Net to give artists access to the political process so they can impact national policy, and reciprocally, to give the nation access to the artist’s vision as a means to cope with an increasingly technological society. For, as Marshall McLuhan has so profoundly stated, “The artist picks up the message of cultural and technological challenge decades before its transforming impact occurs. He, then, builds models or Noah’s arks for facing the change that is at hand.”

At this dramatic moment in our country’s history, there is a profound need for new initiatives that are critical to the cultural and spiritual well being of a nation under attack. This is precisely why I am writing to you, sir: to propose a new branch of the government be formed that will no doubt be successful in healing our wounded nation through the revitalization of utopian ideologies, ideologies that have long been fading since the heady days of Thomas Jefferson and the framers who created our Constitution. Mr. President, though it is well known that you are not a big supporter of the avant-garde, nor the expansion of government, you have proven to understand the need to act quickly and decisively to broaden the reach of the government, such as your recent action to found the Office of Homeland Security. You must now understand that today’s artists are probing the depths of issues that are of vital concern to the health of America, issues such as the impact of media on the national psyche in times of war, as well as the virtualization of human interaction resulting from the widespread assimilation of information technologies. People of all ages across the country and around the world are engaged with telematic devices to the point where they are forced to confront the dematerialization of the physical world, terrorists who control their media and their minds, a confused view of reality, and the disintegration of their perception of time and space. The condition of the human race is in dire trouble as we begin the 21st Century.

Mr. President, it is the artist and only the artist who can understand the depth of these dramatic changes. The U.S. Department of Art and Technology will safeguard our most precious resource–the visionary aspirations of avant-garde artists working with technology–and will, in turn, bring their message, essential to the well-being of our country, to all corners of this nation and around the world.

I know you will understand and acknowledge the urgency of my decision in these difficult times. In the spirit of our forefathers, the artistic visionaries who understand the complexities and dangers inherent in maintaining a free nation, a creative nation, a technological nation, must be given voice and play a key role in the ongoing process of shaping public policy in order to save our troubled world.

I would like to end this letter with a quote from the British artist Wyndham Lewis, who articulated the need for my request so well: “The artist is always engaged in writing a detailed history of the future because he is the only person aware of the nature of the present.” Mr. President, knowledge of this simple fact is now necessary for human survival in our cybernated and media-saturated society. I look forward to working with you as a new member of your cabinet in bringing the artist’s message to the people.

Sender: White House Mail Relay Autoresponder To: rpacker@zakros.com Comments: FCP version 1.7 jms/990907
Thank you for emailing President Bush. Your ideas and comments are very important to him. Unfortunately, because of the large volume of email received, the President cannot personally respond to each message. However, the White House staff considers and reports citizen ideas and concerns.

Again, thank you for your email. Your interest in the work of President Bush and his administration is appreciated.
Sincerely, The White House Office of E-Correspondence