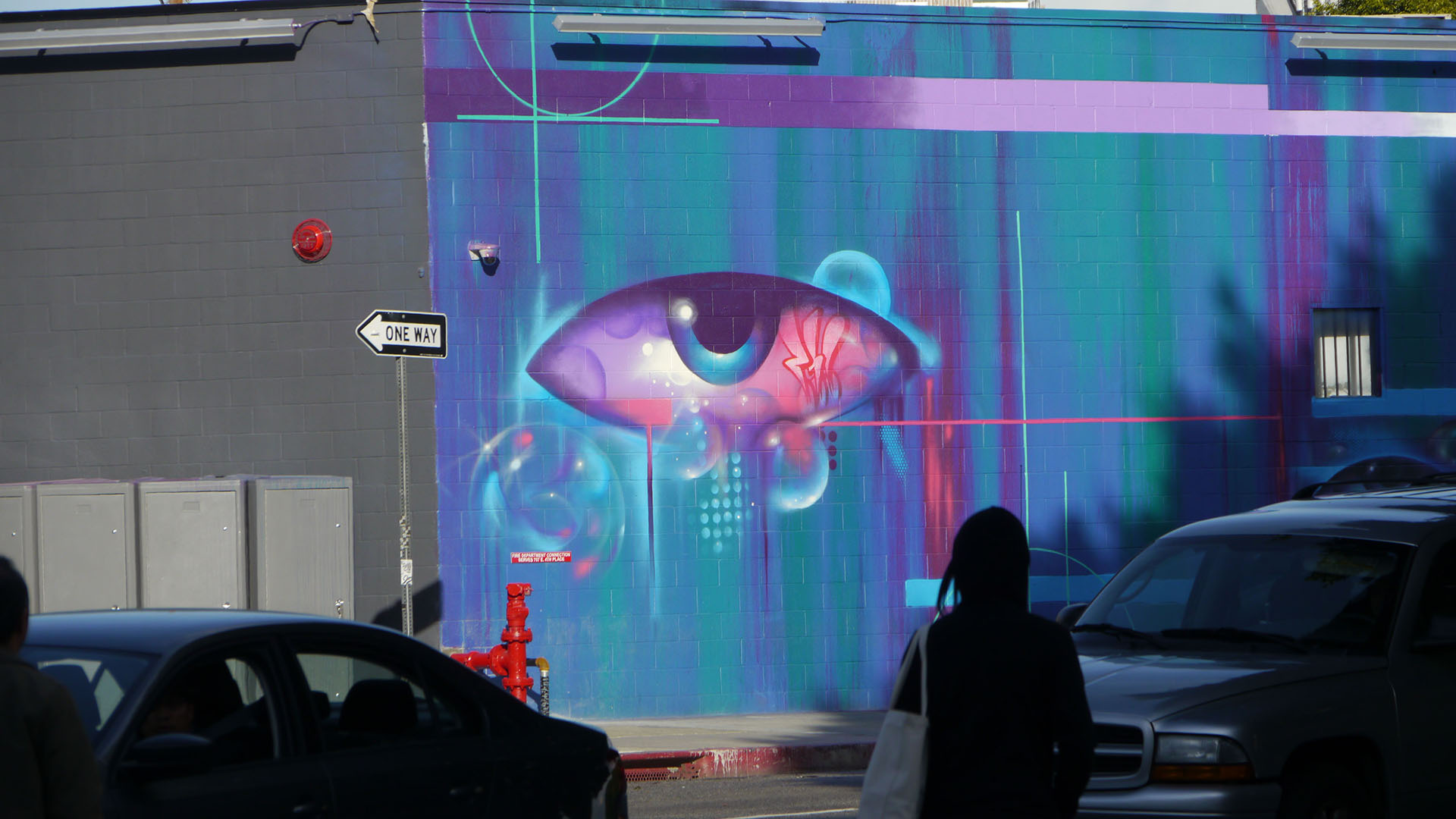 After spending a fun-filled, socially-packed week in downtown Los Angeles, the most rapidly surging hipster neighborhood in America (on the verge of gentrification breakdown), I have come to the conclusion that LA is not really so much a city, but rather the ultimate suspension of disbelief. LA is what you make it, what you want it to be, how you mentally reshape yourself within the sprawling life of the city.

LA is a kind of dream state in the sense it is entirely made of dreams. It is the place where people go who still believe in dreams that come true. And not just the Hollywood kind, but the entire city is cast as a massive set for self-made actualization. Unlike Washington, DC, with its political fanfare and epic monuments, LA is more of an abstraction, a wash of color, an unceasingly blue sky, columns of swaying palms, and decaying art deco hotels on the verge of collapse. You see, under the shiny skin of this sparkling, luxurious city are the failed dreams, where there is a dark underbelly to be found: blocks of homeless downtown, avenues of strippers in Hollywood, and the drug-infested, crime-ridden walkway that is Venice Beach.

And yet, keep looking and you’ll see that Venice is also a land of dreams, or shall I say fancy waterways and perfect little bungalows. If you want to import far away exotica, you just create it with the sweep of a giant paint brush. Venice Beach, CA is a maze of canals that might just fool you into thinking you are walking across the Rialto Bridge, with the help of a healthy dose of imagination (and perhaps some local pot). 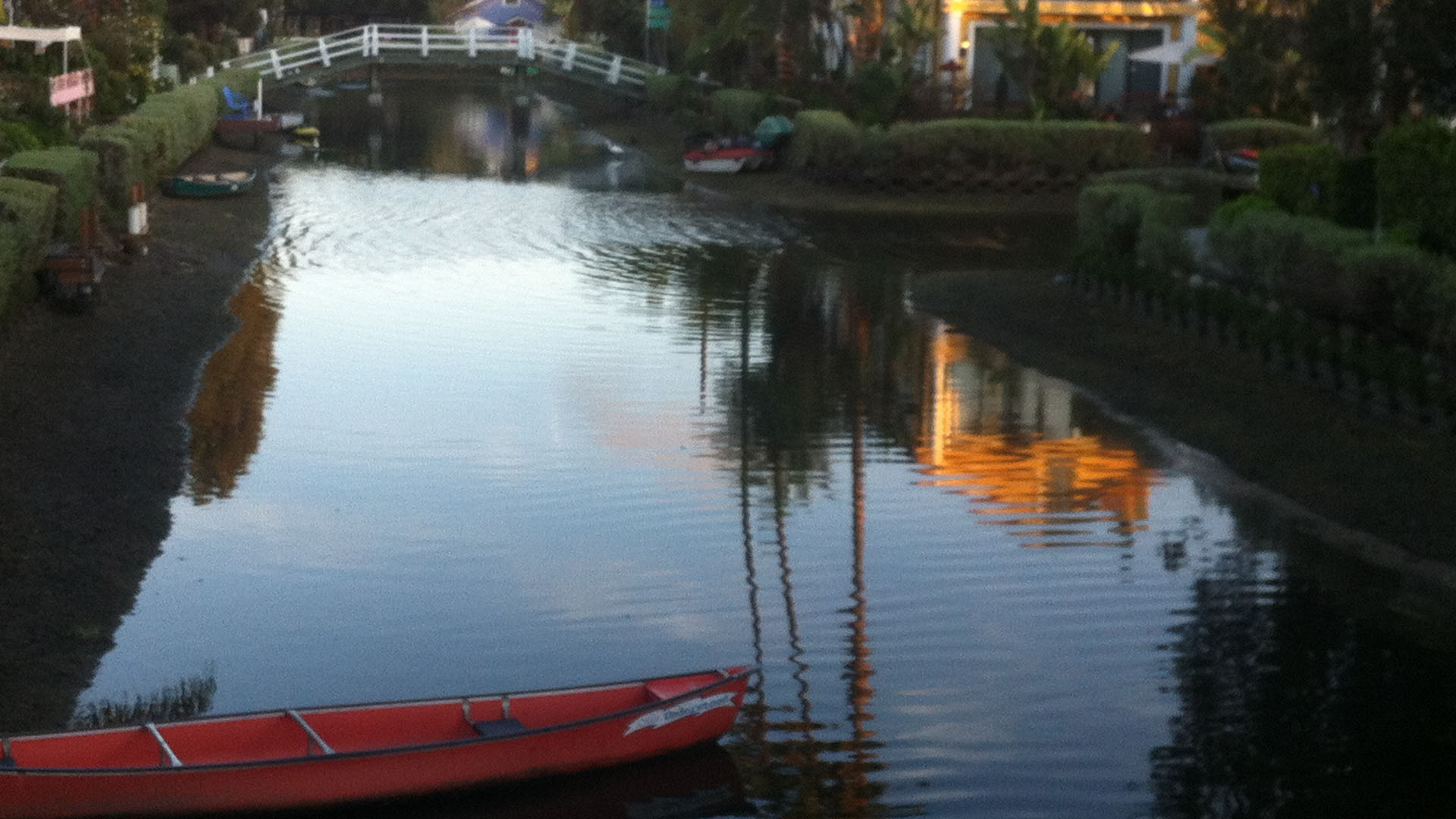 And sometimes, arcing across that infinite, blue cheery sky, you’ll find a rainbow, which you can only imagine has been placed right there as a backdrop for a movie set. That is the magic of Los Angeles: if you can imagine it, you can make it happen, you can find the pot of gold if you just dream hard enough. 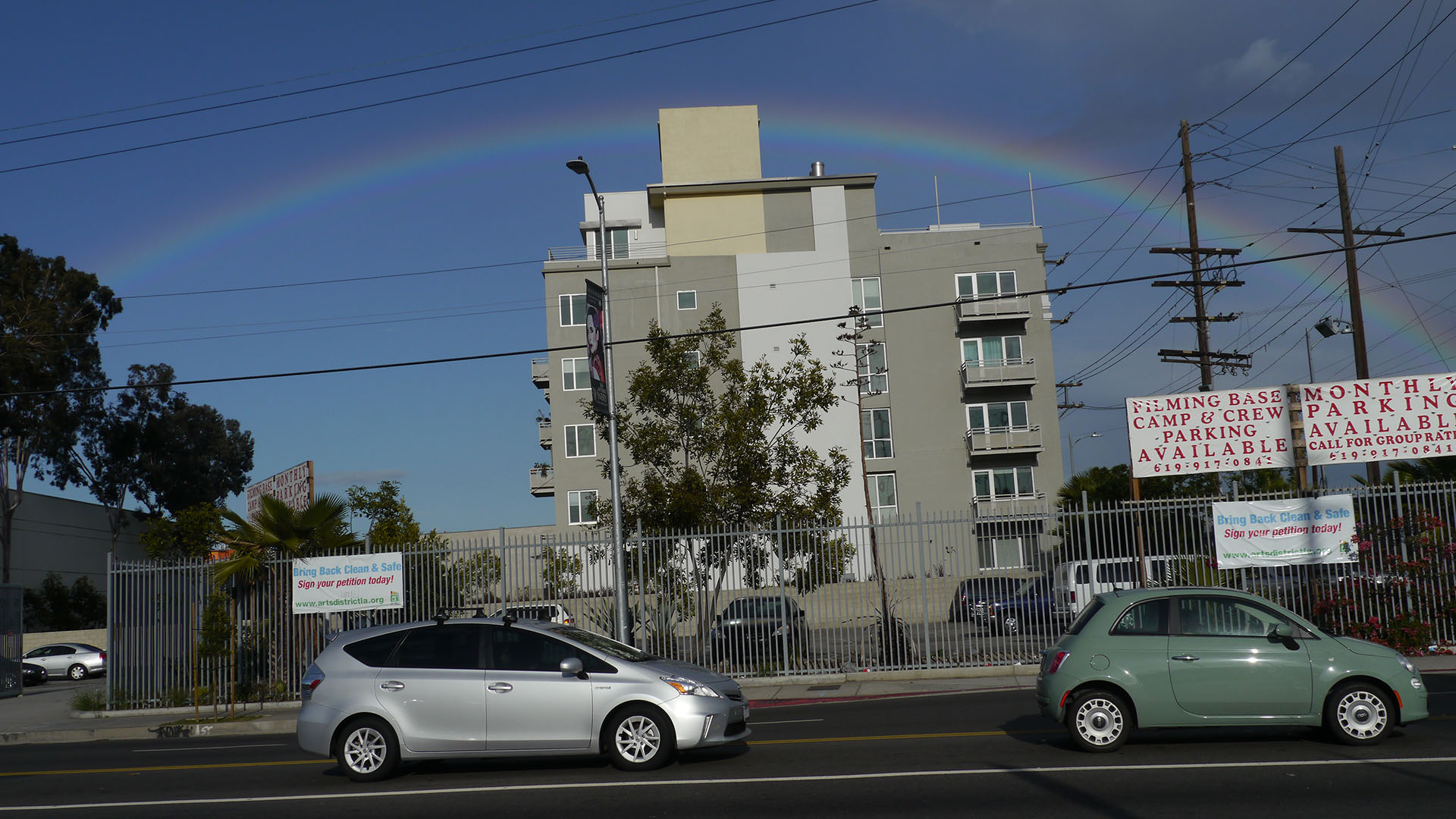