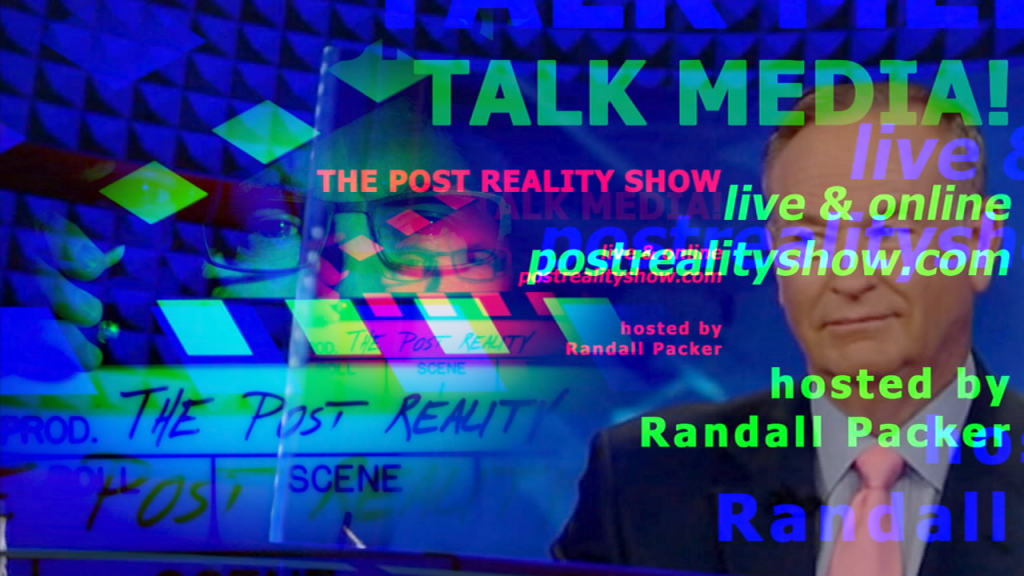 Way back in the 1970s, Joseph Beuys introduced the idea of social sculpture as an artistic form. If only he had lived in the age of social media, what a conversation that would have been! I’m sure he foresaw the grand assemblage of virtual social relations, having experimented with satellite technology along with Nam June Paik. But perhaps even more interesting, what would Beuys have thought of the democratization of punditry! Everyone with a broadcast platform, an opinion on everything, and a desire to engage.

As I prepare my own social construction, The Post Reality Show: TALK MEDIA!, a rethinking of talk radio for the Internet, my very own David Letterman show broadcast live from my underground studio bunker in Washington, I think about the potential of dialogue laced with irony, humor, and art, and how it might infiltrate the global media. (See my Telematic Manifesto from 1999)

Like Joseph Beuys, who dreamed of a free form university untethered from bureaucracy and run by artists, we now have the means to create vast social webs that instigate critical renewal – crucial in an age of hopelessly destructive disinformation emanating from the mainstream media – techniques of media, collage, the remix, beats, textures, and every sort of imaginary construction that place dialogue into the sphere of art and transformation.

Together with a very special group of friends and colleagues, The Post Reality Show: TALK MEDIA! can be anything we want it to be, it can be broadcast anywhere we want it to go, and we can say anything that needs to be said, no holds barred. The promise of public media in the 1970s is just a drop in the bucket compared to what an artist can accomplish today – armed with a microphone, a camera, and a laptop computer – and aimed squarely at the global network.

Of course, you do need a little help from your cast of a thousand friends…