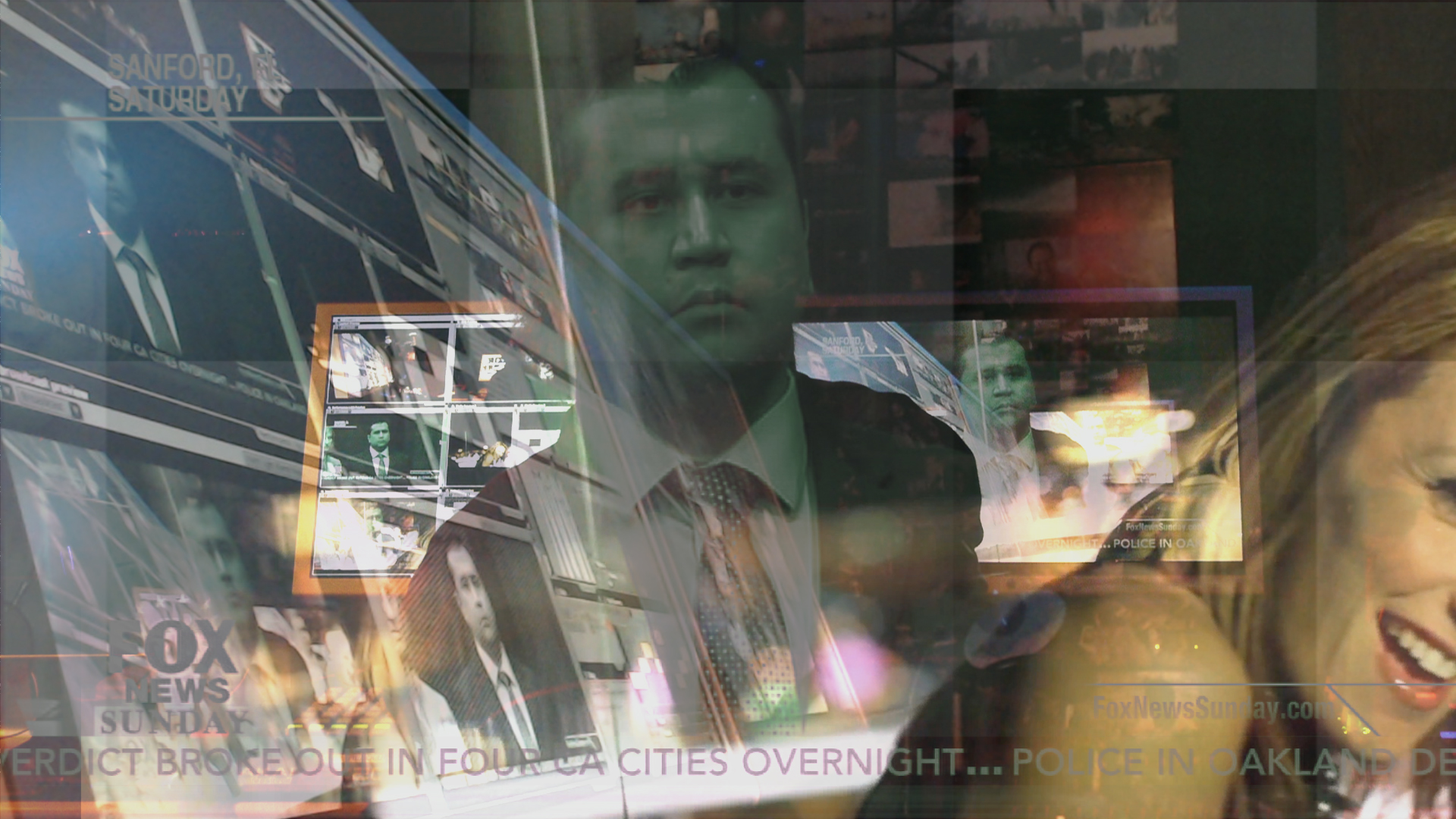 Instantaneously – an immediacy that staggers the mind – the images are rendered and brought into the world. Just like that. Once the Machine is running, it produces just as fast as the media can originate. (Maybe faster?) As the media-generated fetish of iconic moments runs its course, these moments are captured, yes swiftly, and in real time. Alas George Zimmerman, your OJ moment has been telecasted and implanted into the minds of impressionable viewers all over the world, until the next moment sizzles our brains like a burned-in plasma monitor, as these impressions gradually dissolve into the phosphorescent cells of our screens (and our minds). Just like that, our brains are endlessly printed in the ether like so many etch-a-sketches.

You might ask, how is it possible to capture these multi-dimensionally-composited images so prolifically, abundantly, and wonderfully fast. The answer is: the endless wonder of the digital mechanism, the software-hardware cosmological apparatus that just keeps on giving. Or rather, as I like to call it: the Machine. I don’t think the mechanical age ever really came to an end, it just morphed into 1’s and 0’s: were still hooking things up and watching them run their Rube Goldberg magic in algorithmic form. Without revealing too much about my alchemical process here in the bunker, and without appearing overly geeky, below is a screenshot of a work-in-progress version of this miraculous new system running in VDMX: 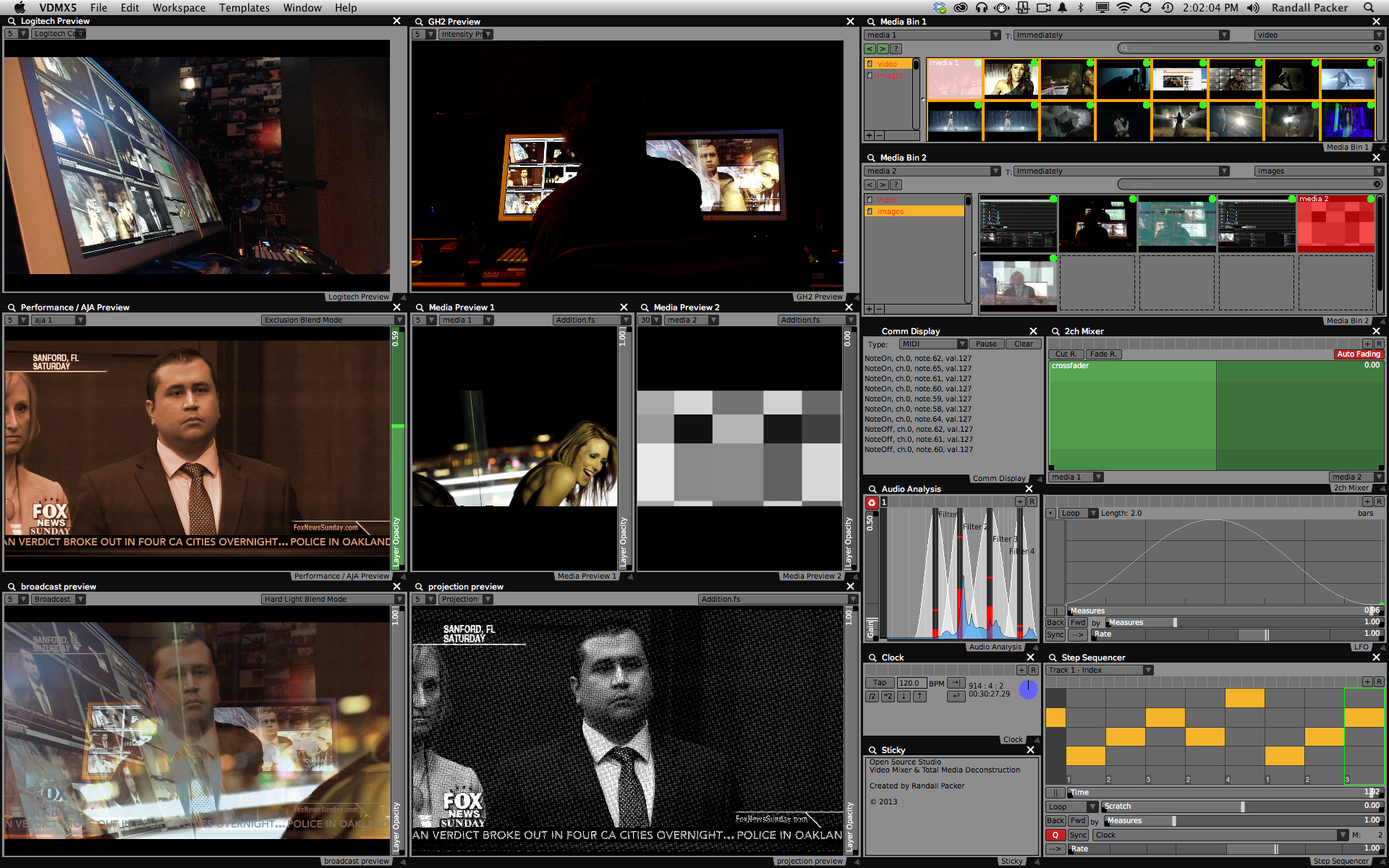 I’m not going to divulge anything else about what this interface is actually doing (for those vj types out there, you probably know already), except to say, it’s the realization of years and years and years of the dream of real-time manipulation of appropriated mass media: in the grand old tradition of 20th century Dada. Except of course, its live. Yes live! So at 24 frames per second, you can build up a library of appropriations real fast, so fast, it’s frightening.

What if I approached an unsuspecting curator with a database of say 50,000 images for my next show?