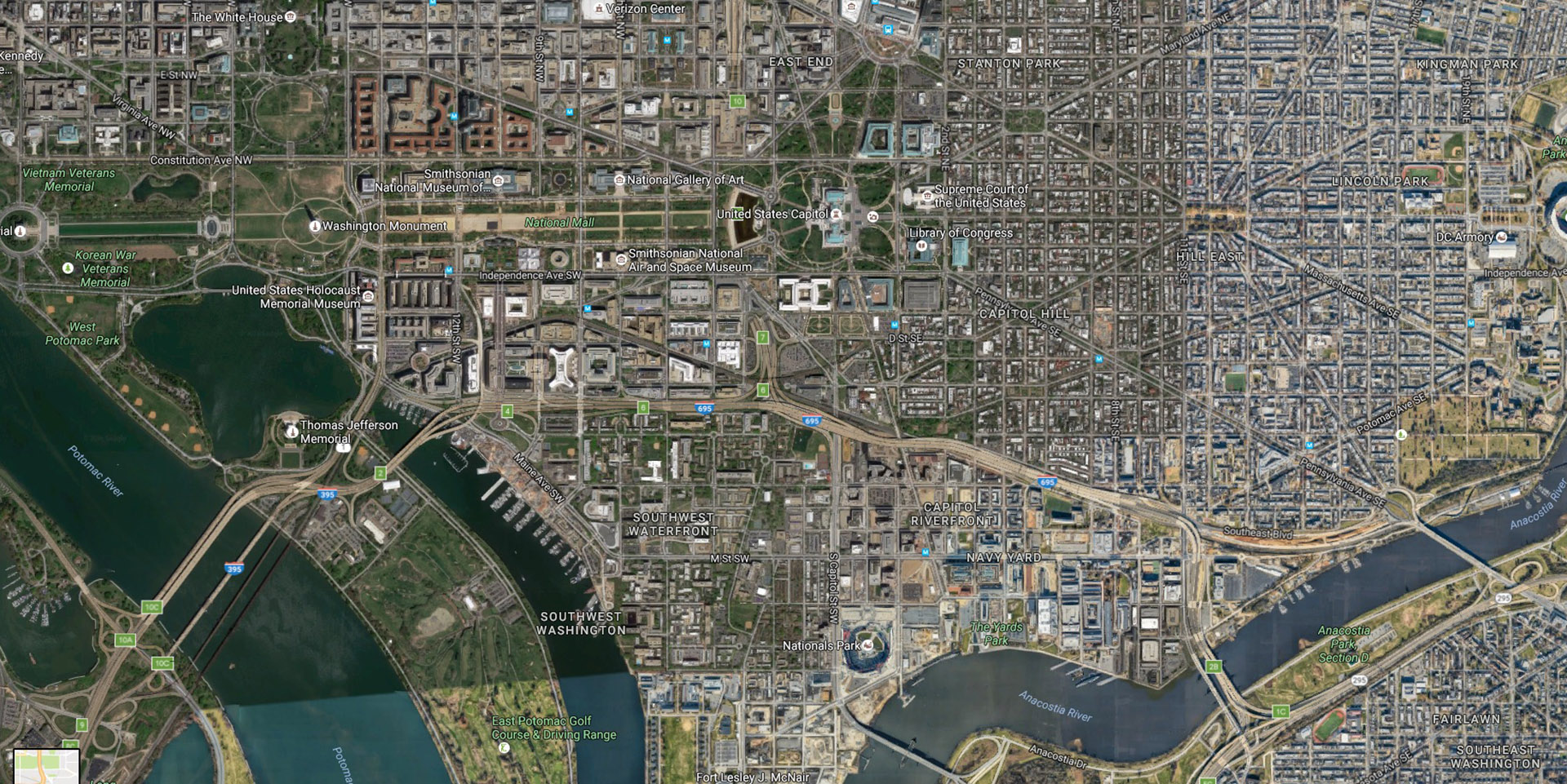 Governments are instituted among Men, deriving their just Powers from the consent of the governed. That whenever any Form of Government becomes destructive of these Ends, it is in the Right of the People to alter or abolish it, and to institute a new Government. – United States Declaration of Independence

We are in the initial phase of planning the event “It’s End is its Beginning,” the capture of the Nation’s Capital in the medial space. Utilizing techniques of media and virtualization, the project is a direct response to increasing signs of the collapse of democracy in the United States of America.

Recent events reveal the Government practicing the politics of fear, using covert tactics of surveillance, engaging in forms of disinformation, resulting in the diminishing freedom of all citizens. Exercising the right of every American according to the Declaration of Independence – as authored by the founding fathers of our nation – we are proposing a sweeping transformation of the space of the Capital: the appropriation, digitalization and alteration of its icons, symbols, monuments, buildings, statues, etc., an act of abolition according to principles of artistic freedom and anarchy – the artist as mediator and catalyst of change and renewal.