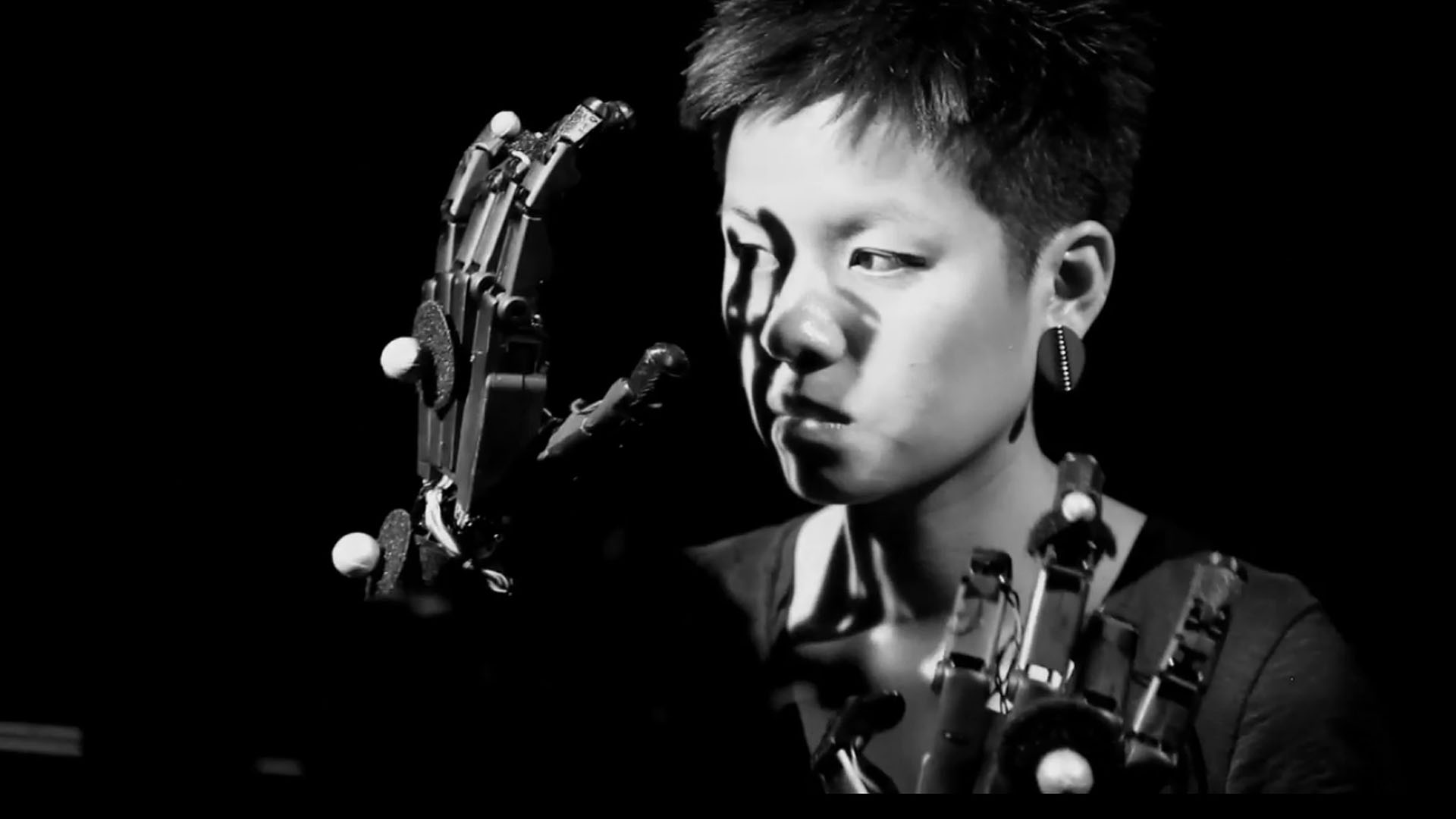 Last night, at the opening of Sense and Sensuality here in Singapore at the School of Art, Design & Media at NTU (a powerful show of wearable technology masterminded by Galina Mihaleva), I had a glimpse of a future technological scenario: (perhaps) not the dystopian nightmare painted by the cyberpunk writers chronicling epic battles between hackers and computers, or even our present day crisis of surveillance and Big Data; but rather, a profoundly intimate embrace, an almost tender touch of the machine’s caress in an anthropomorphic gesture of desire and longing. Or maybe this is the other side of dystopia: when emotion and love are no longer confined to the domain of flesh.

Louis-Philippe Demers’ The Blind Robot, placed amidst the elegant, dramatically staged designs of wearable constructions, stood out as something darkly futuristic, challenging and rethinking our relationship to technology. For in the post real world, where we no longer differentiate between that which is real and that which is not, this intimate connection between human and robot invokes the sense that our emotional being has already gone well beyond the living.

What is it like to be touched by a mechanical hand we might ask? In the Blind Robot, Demers answers this question by exposing the viewer to a mechanical embrace with the robot, to experience it seems, the dissolving boundaries between skin and metal, pores and wires, nerves and electrical transmission.

Could this be the romance of our age? If in fact we are a human species inventing smart devices with greater and greater intelligence, are we fated to fall in love with our creations (much like Mary Shelley’s Frankenstein)? Even more pertinent I suppose, if we are increasingly dependent on a technological world of cybernetic action and reaction, then it seems The Blind Robot is a premonition of our future evolution and means of survival in a post-human world.