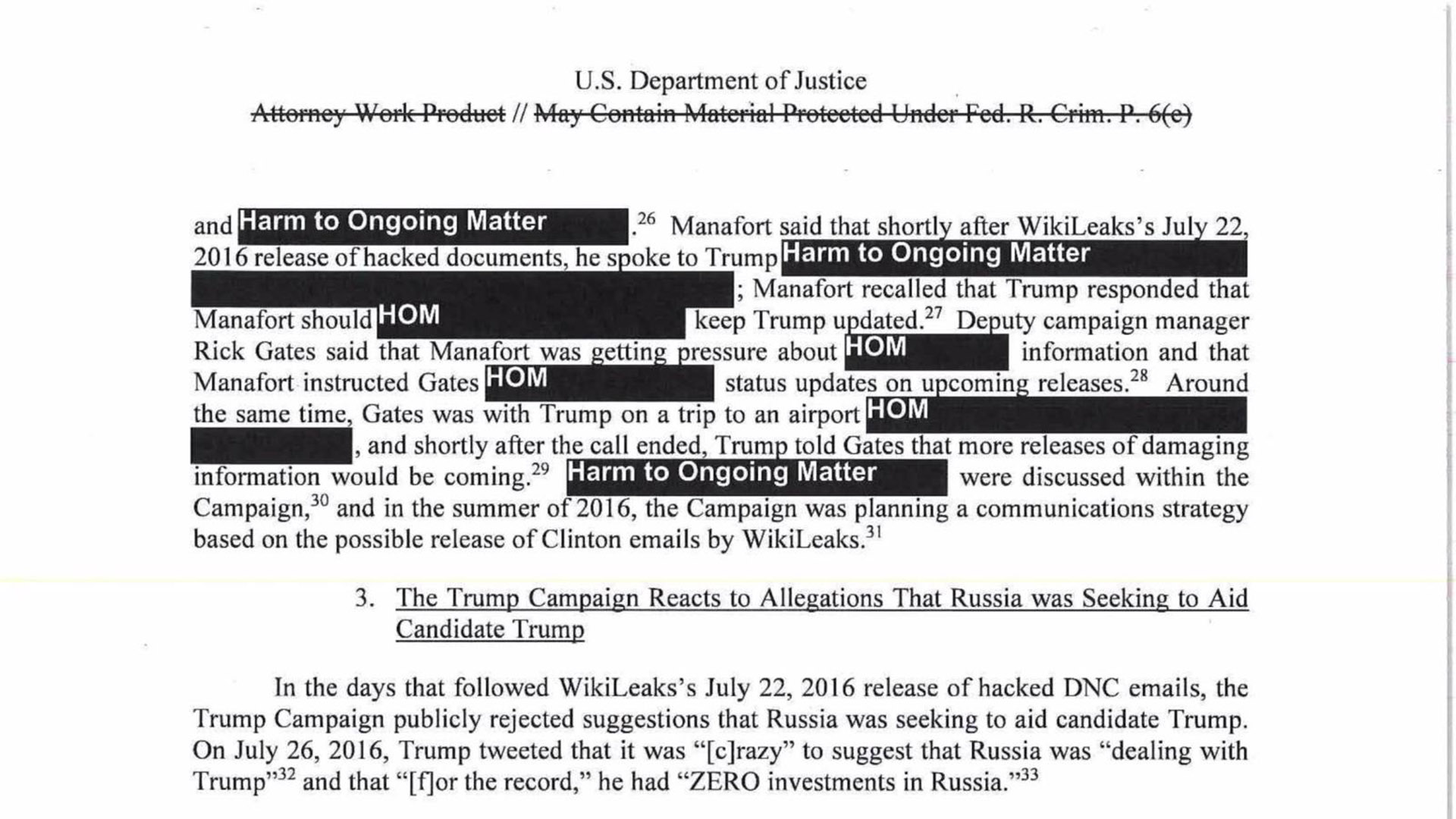 TRUMPologically speaking, the release of the Mueller Report is an unrestrained (if not unredacted) accounting of the excess of narcissistic compulsive behavior. Mueller once and for all puts into stark relief the President’s monumental denial to acknowledge an ocean of intelligence that the country he “leads” was under Russian attack. If you can only imagine Roosevelt refusing to accept that the Japanese invaded Pearl Harbor in an effort to protect the legitimacy of his executive powers to defend America. Or perhaps George W. Bush insisting that 9/11 was instigated by some fat kid masterminding the operation from his bedroom in order to avoid the perception that the President was not paying attention to his own intelligence (which he wasn’t in fact…).

In Mueller’s brilliant XTreme TRUMPological analysis, he essentially lays out the case that TRUMP was far too unhinged to ever defend America, that the President will always defend himself, first, always, beyond the shadow of a doubt. In the face of the greatest attack on American soil (or perhaps cyberspace) since 9/11, TRUMP has been careening the walls of the White House like an out-of-control pin ball machine: flapping, denying, lying, explaining, and denouncing everything and everyone in an all out effort to protect the legitimacy of his election. The Mueller Report has cast a very wide net, capturing every sordid decision, every misdirected order, every whine and whimper: painting a vivid portrait of TRUMP’s crazed, manic assault on the investigative process of untangling the complex intricacies of a brilliantly crafted Russian hack of the body politic of America.

Most importantly, the Mueller Report memorializes the totally unconstrained madness of XTreme TRUMPological behavior, how the President essentially handed victory to Putin on a platter, beyond the Russian President’s wildest imagination, enabling him to successfully upend, deconstruct, and annihilate the Constitutional system we (sort of) believed was indestructible. For those who haven’t read the report, it’s a must read, the greatest tell-all scoop of the century in an age of endlessly regurgitating punditry & reportage.

Mueller lays the narrative out, succinctly and to the point: every detail we already knew and many we didn’t, but with the tightest corroborating evidence conceivable given the mountain of material he has collected. Not only that, as he explains in florid prose, he creates a roadmap as to how each act of obstruction can be weighed and tested against the laws and codes of criminal conduct, a level of research that is staggering in its depth and attention to the facts. Not even Bob Woodward (or Dragnet’s Sergeant Joe Friday) can compete with that.

The Report is so thorough and compelling in its analysis, that it doesn’t even matter one bit that he never came to a conclusion, much to the chagrin of democrats and delight of TRUMP. Exoneration? Hardly. Mueller weaves his tale of deceit like a great storyteller who leaves the ending ambiguous, without a clear finale, in order to engage and stretch the imagination of the reader (and perhaps Congress).

So we are left in the aftermath of WWW III knowing just one thing for certain: TRUMP First, America Last.