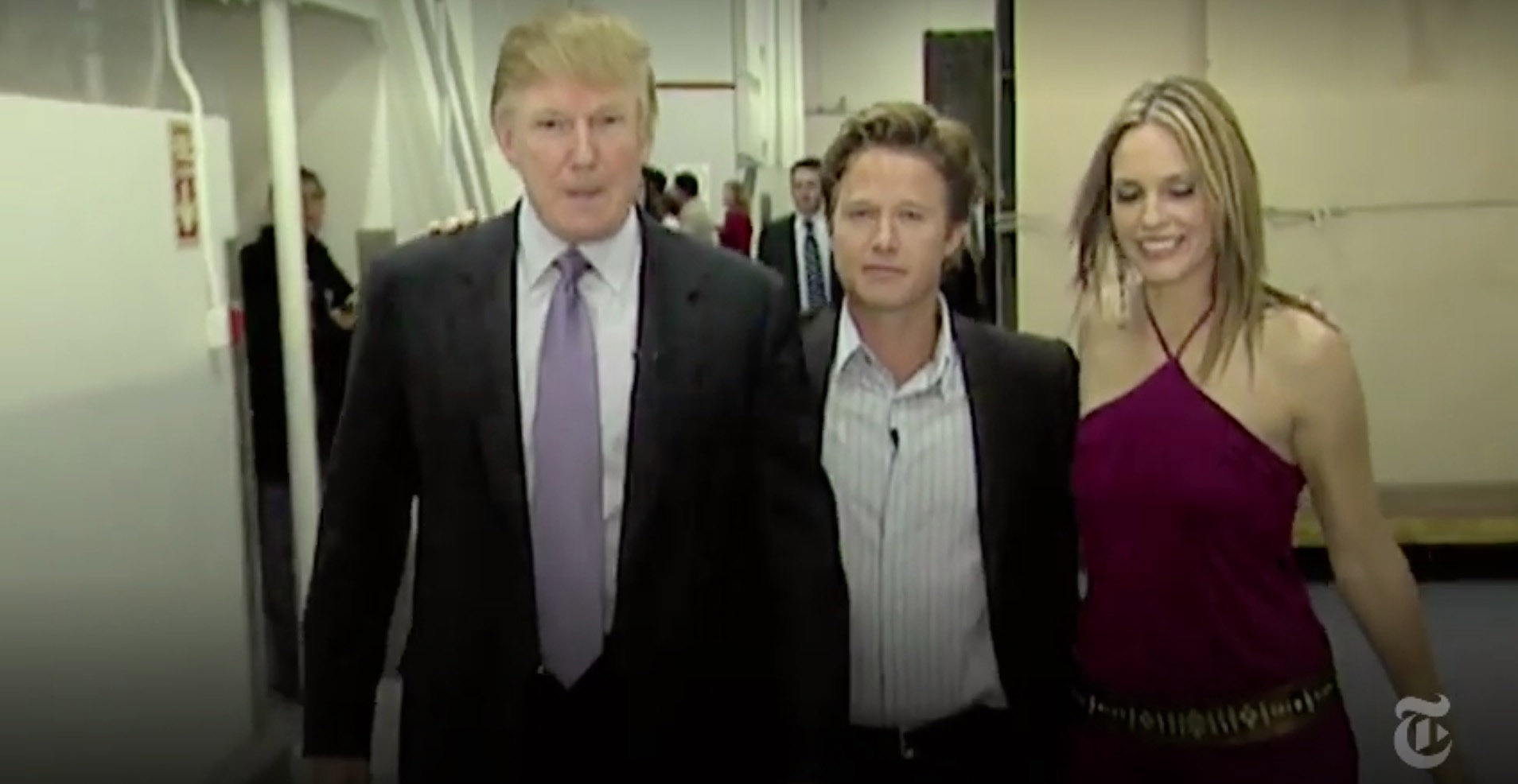 As Hurricane Matthew pummels the Atlantic coastline, a different kind of hurricane is ravaging an already turbulent election season. Up until now, Donald TRUMP’s XTreme TRUMPological antics of celebrity bravura have taken the country by storm. He has artfully segued from the Celebrity Apprentice to his current hit show, Make America Great Again, by blurring our already blurred reality that until now barely separated entertainment and politics. Out of his hard-edged, improvisatory performance art, TRUMP has morphed himself into the unassuming role of the Populist Hero, stirring a tempest of racism and misogyny that has whipped up his supporting cast of the downcast: The Deplorables.

Hurricane Donald began as a category 1 political storm last year, but has now been upgraded to an ominous category five torrential force of annihilation to American sanity. Last night’s release of the Access Hollywood Tape has erupted in a lethal blast of scandal that is now uprooting and scattering the debris of supporters and surrogates and Republican establishment in all directions. What a sight to behold! Just when you thought that there was no limit to the ferocity of Hurricane Donald, let alone his masterful ability to inspire Deplorables with apocalyptic strikes of bigotry and hatred, a real tsunami of a a media flood is drowning the nation, the Mother of all XTreme TRUMPology!

And so the meteorological confluence of tabloid culture, political scandal, and sexual abuse has erupted into a supremely destructive hurricane force of media chatter that will assuredly destroy TRUMP and anyone around him who chooses to hang on to His Greatness as they politically spin out of control. Hurricane Donald is now shaping up to be the Perfect Storm of American politics, as the eye of the hurricane twists and winds its way through the ravaged landscape of the 2016 Presidential Campaign, only to make a direct hit on our screens.