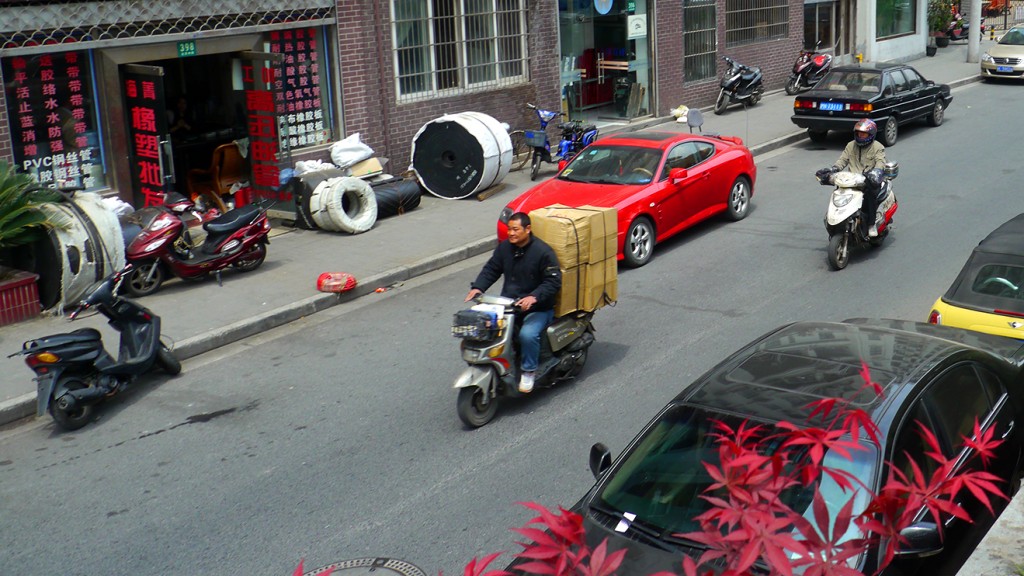 Here in Shanghai, the streets are filled with a mass of vehicles: cars, scooters, bicycles, and other uncategorizable vehicles. But in a city congested with the flood of noise and movement, how do you move things around? Trucks would bring the traffic, already crawling at a snails place, grinding to a complete halt. So the local commerce consists of an ingenious method of small, speedy motorcycles, even bikes, strapped to the gills with cargo and various other supplies. These are not the daredevil bike messengers flying around New York City with letters and small packages, here we are talking about cargo, shipments of goods, water bottles, and heavy loads that often seem to outstrip the capacity of the vehicles. 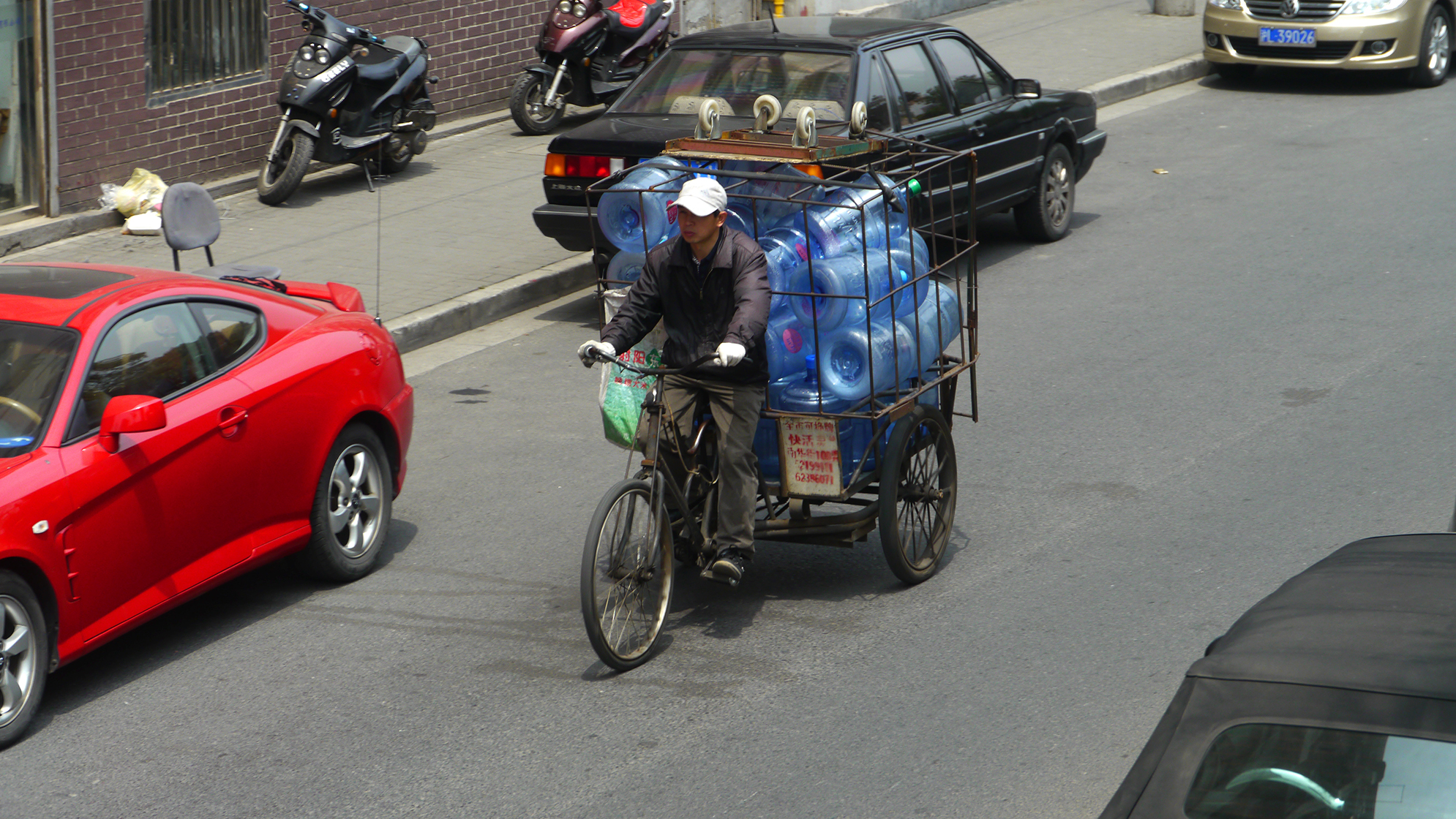 In a country where air pollution is threatening its inhabitants, causing lung cancer in the major centers of Shanghai and Beijing, these motorless truckers are a welcome sight. It’s amazing to see this old-fashioned technology, the three-wheeled bicycle, reminiscent of the rickshaws that go back thousands of years, tooling the streets of Shanghai. Imagine such an ingenious solution in American cities? Probably not. And the creativity of street vendors bring a quality of sculptural construction that is nothing less than awe-inspiring. 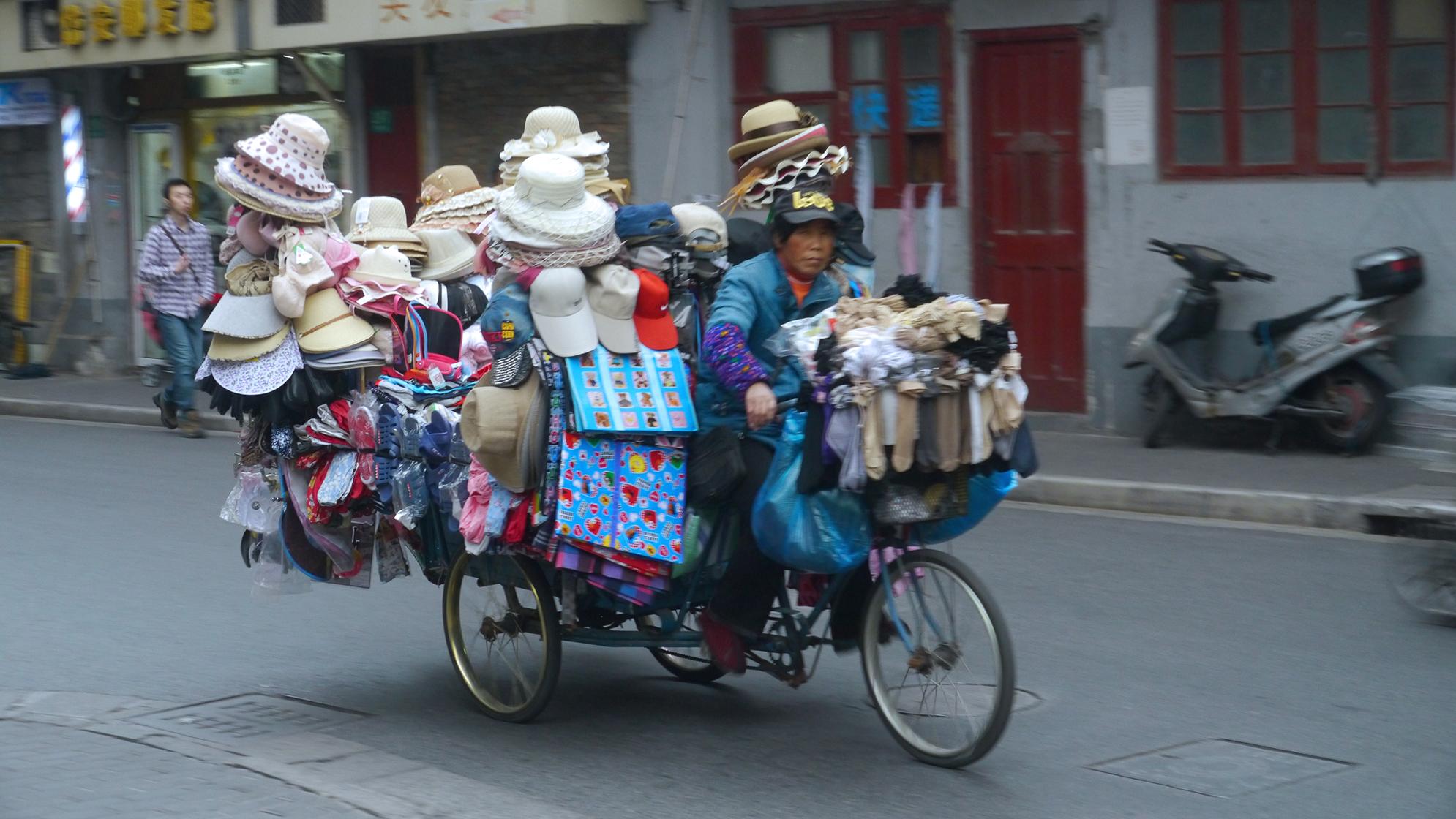