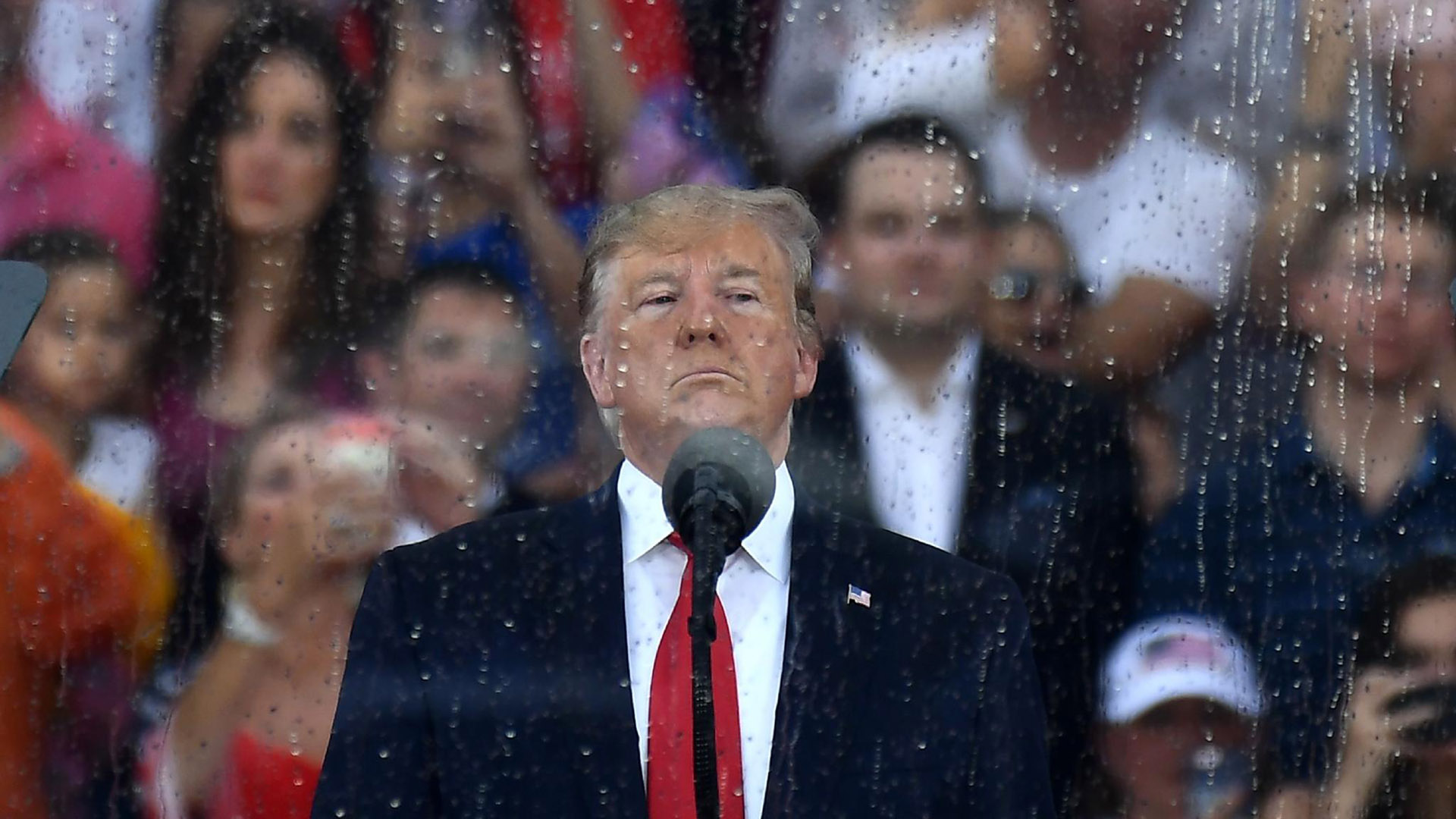 TRUMP’s 4th of July MILITARY SHOW on the National Mall was a futile attempt to stand tall, proud + brave as the GREAT DICTATOR he wills himself to be: it all turned out to be nothing more than a pathetic and surreal Chaplinesque tragicomedy: the emperor with no clothes, no ideas, and no brains. Surrounding himself with heavily armored steel tanks, along with a cheering mob of XTreme TRUMPologists who ate the whole thing up lock, stock & barrel, TRUMP & CO. gave us nothing more than a misinformed Junior High School American history lesson, replete with enough inaccuracies to flunk an 8th grader. When you are lacking the power of ideas, the power of reason, the power of compassion, you just substitute massive tanks and dramatic aerial flyovers as pure stagecraft. When you have no aspirations to offer, when childish bullying is your go to method of diplomacy, when you yourself faked your way out of serving in the military, there is nothing like standing in front of a 50-ton Abram tank to prove to yourself just how all-powerful a demigod warrior you yearn to be. 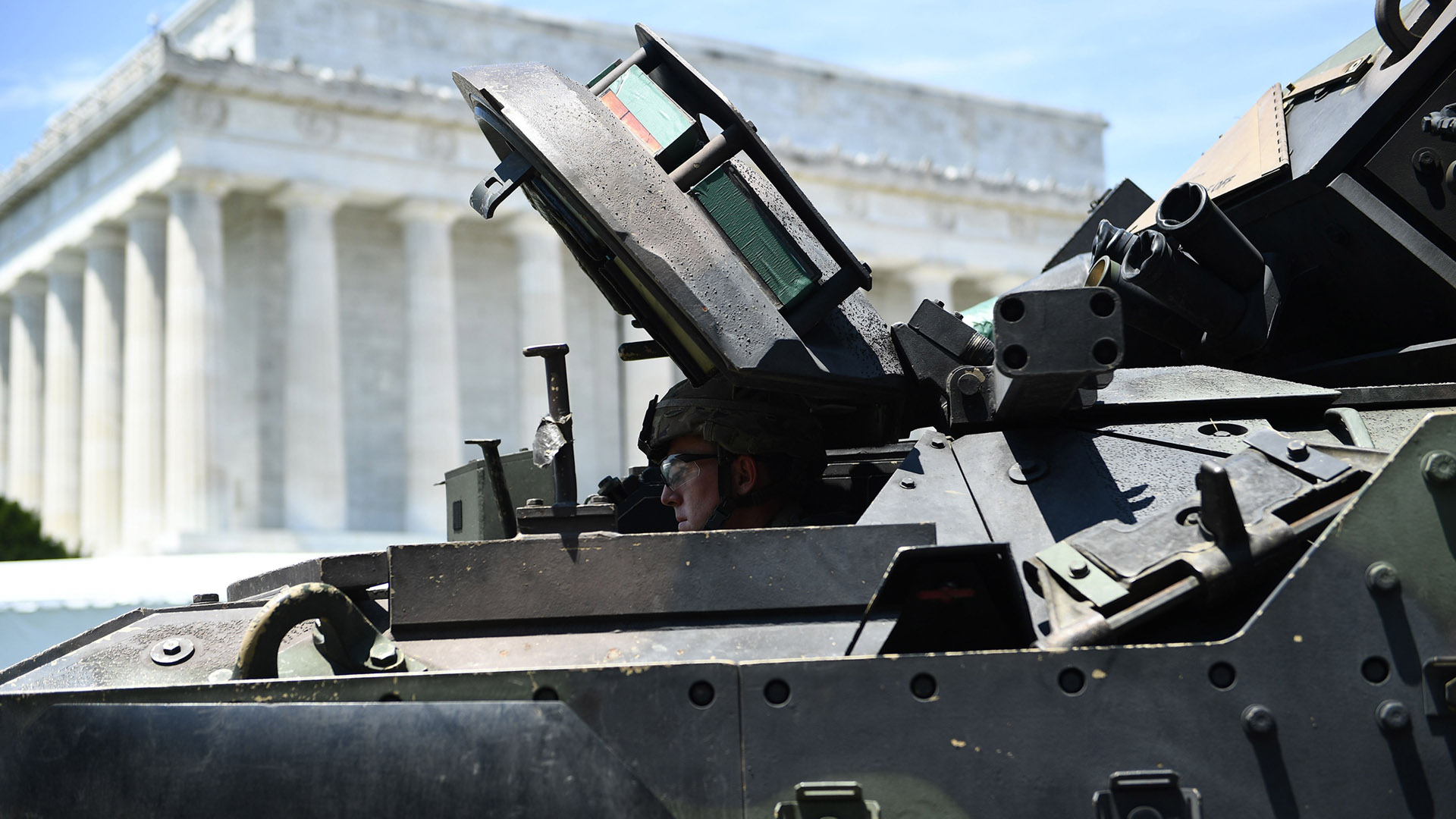 But TRUMP loves to be the star of the SHOW, any SHOW, he just craves the attention, the spectacle, the roar of the crowd, the adulation, the idolatry, the sheer visceral intoxication of commanding the ground and the air over the Nation’s Capital and all of its historic symbology. Unfortunately, he didn’t understand a word of what he was saying. He described George Washington’s take over of the airports, as well as the War of 1812 fought at Fort McHenry, all taking place supposedly during the Revolutionary War. Sadly, the National Mall is hallowed ground of eternally significant proclamations of soaring intellect and wisdom by such notables as Thomas Jefferson, Martin Luther King, Franklin D. Roosevelt, and of course Abraham Lincoln, who must have turned in his grave as his Memorial presided over the SHOW. What a profound embarrassment to have a two-bit comedic charlatan hosting his very own made-for-tv 4th of July party replete with acrobatic stunts by the Navy’s Blue Angels, all of which made most people here in Washington cringe with horror as Independence Day was appropriated by an egomaniac wannabe Dictator. 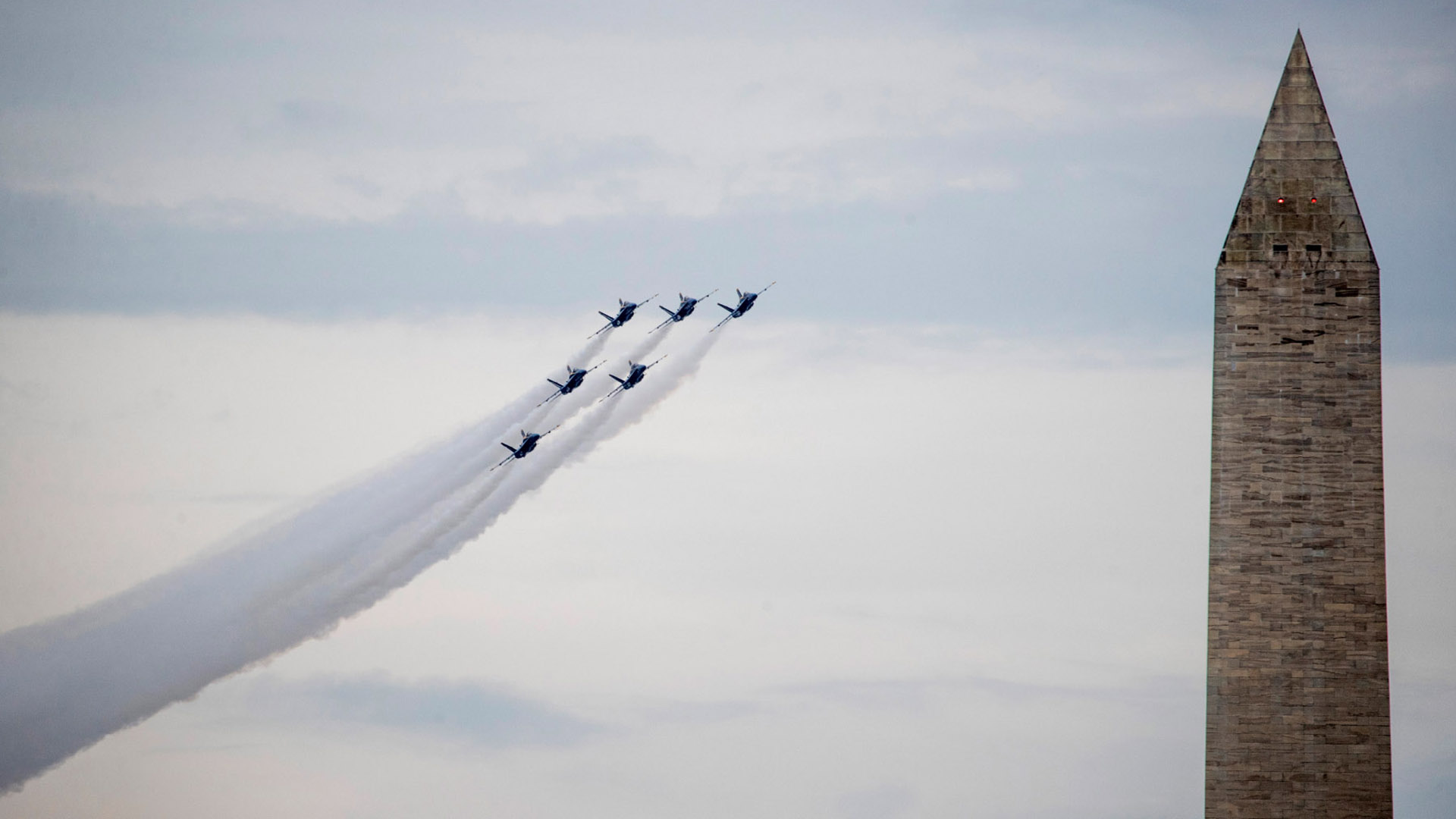 In the end, TRUMP is no more than a Petit Dictator, without the intelligence or savvy or knowhow to become a true-blood totalitarian monarch. But through his razor-honed reality tv instincts of casting and production, he is able to project the transparent image of a simplistic illusionary act as an all-controlling authoritarian to those who have permanently suspended their disbelief.