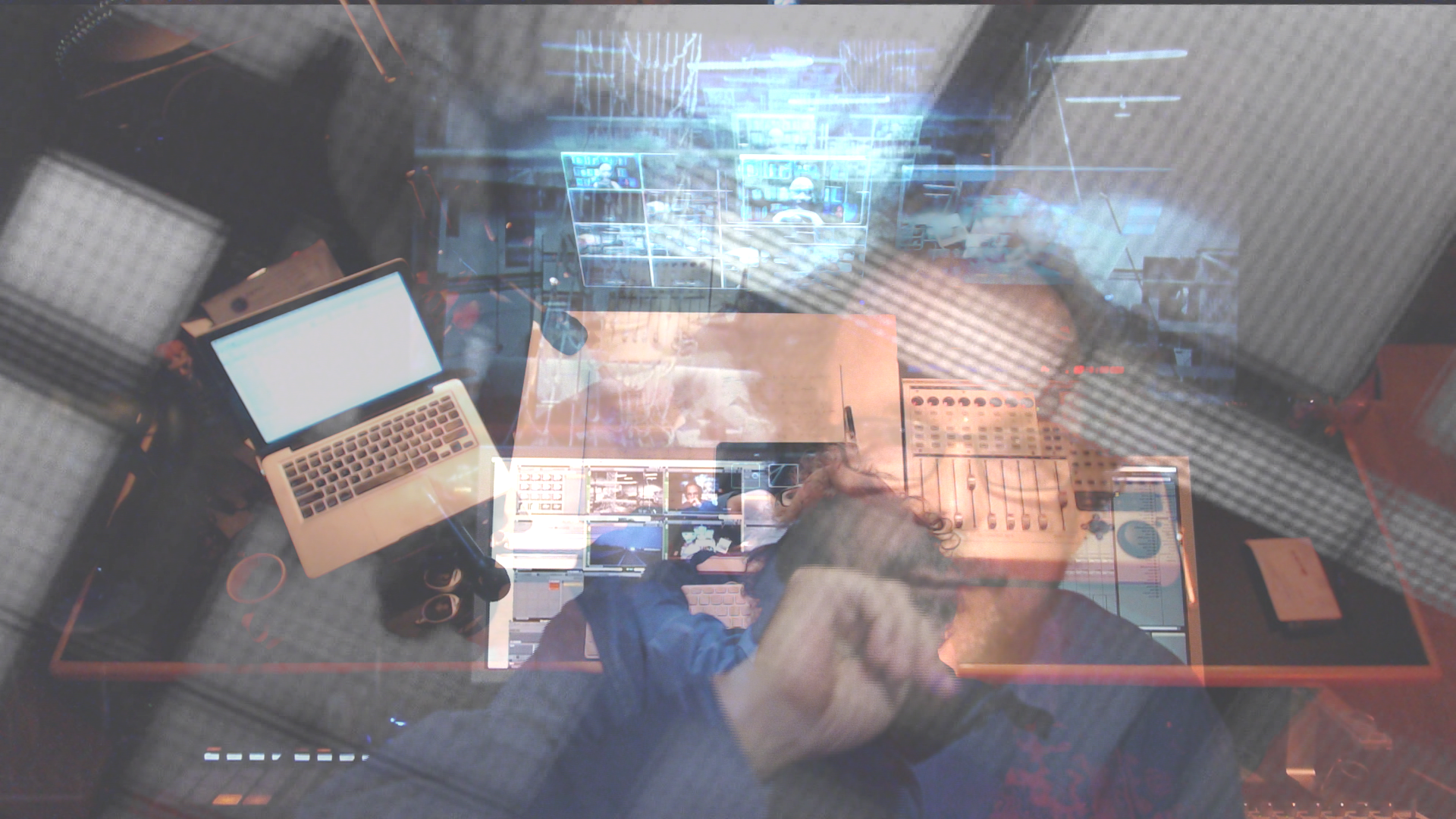 It is about working, about creating, about going about the business of being an artist, which is about speaking out, about challenging the STATUS QUO, about forming ideas, about being in the space. It is about broadcasting, about making, about generating data, about producing in real-time – it is not a recording, its about the live act, there is no separation, no SEPARATION between the ACT OF MAKING and the THING THAT GETS MADE. No separation. But in the fleeting nature of the ever-present-present, it is also about documenting, recording, preserving, so it doesn’t just slip by.

Why? To give entré into the process. To reveal its often messy nature. The trial and error.

OK: to be honest, it’s really about the output. Why would it be anything else?