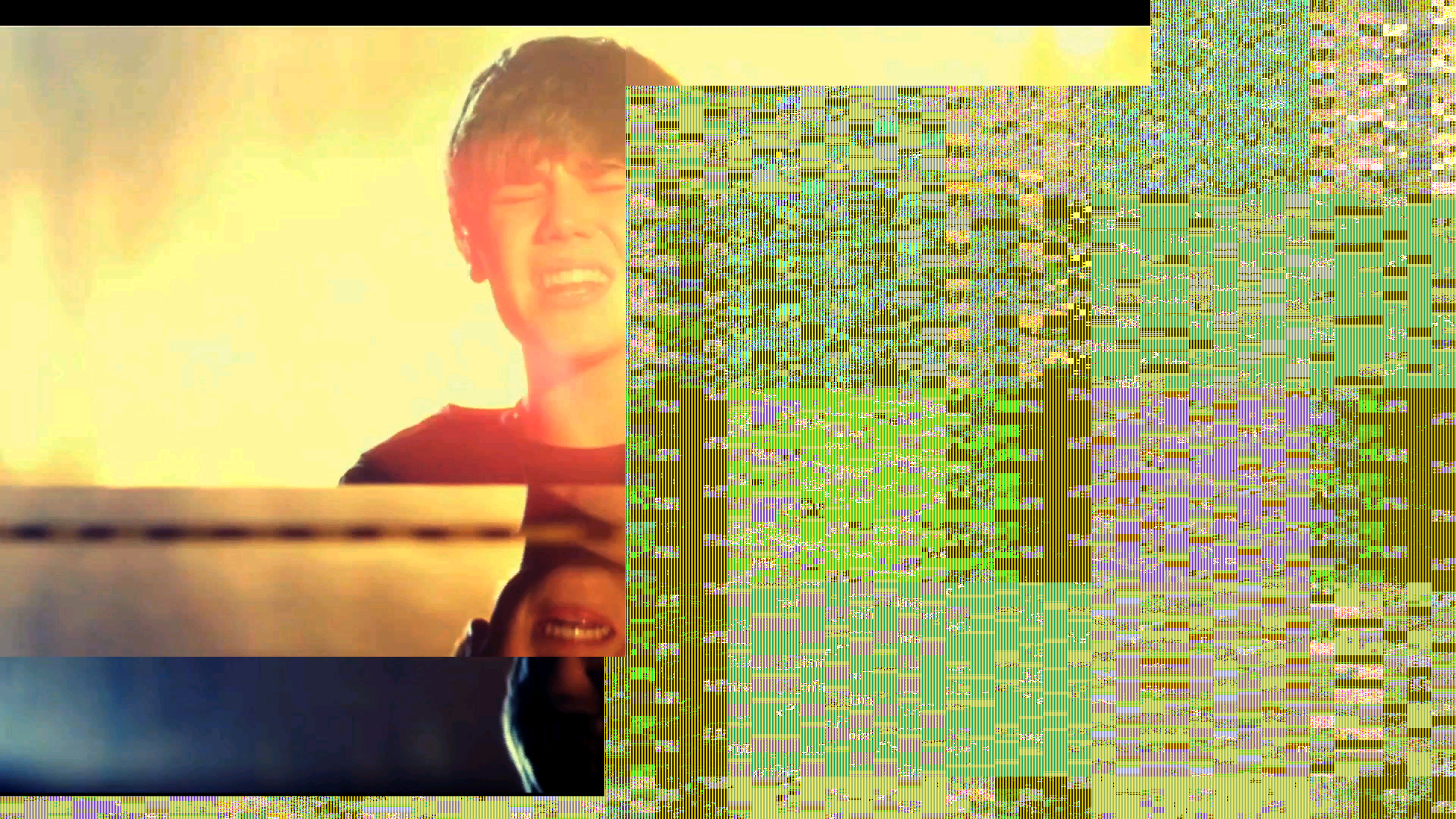 The seduction of music video began years ago, 1981 to be exact, when MTV began to roll out a new era of post-psychedelic video experience. The early works by Laurie Anderson, Michael Jackson, David Bowie, etc., united a visual component to music in an era when post-production video effects were becoming part of the mainstream culture. Fast forward: music videos nowadays are no longer as experimental as they once were, but rather more like sticky sweet candy for teenagers oozing over their latest pop star dreamboat. Maybe that’s too cynical, having grown up with the same hysteria when it came to the Beatles and the British invasion, but somehow these new music videos are just formulaic enough to be deadly predictable, unless I guess you need some kind of coming-of-age emo-tive teenage rocker to tell you how to feel.

In the context of this dilemma, I give you a snippet of Justin Bieber’s “U-Smile” for the glitched out digital age. This is just an hors d’oeuvre of what’s to come (or should I just say sample), until the main course arrives.