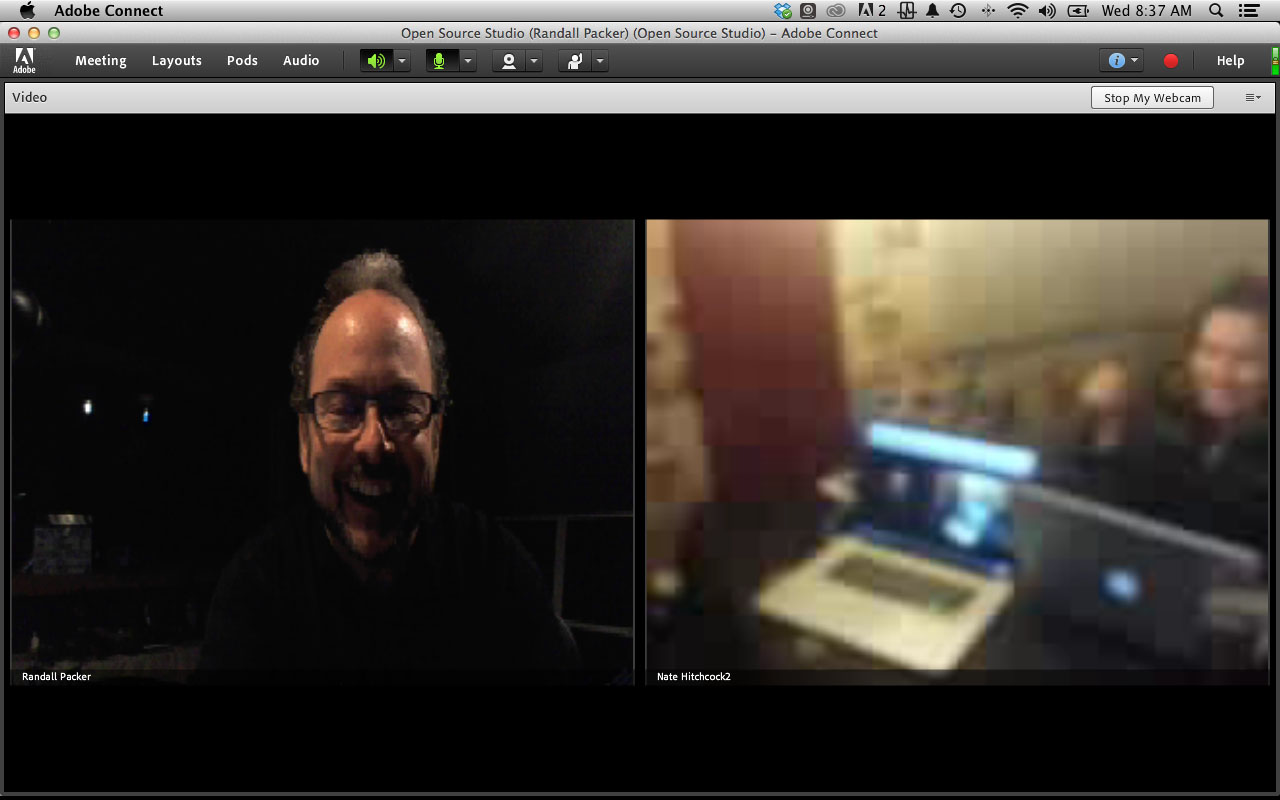 The future of the e-book must serve some larger purpose conceptually. It’s one thing to digitize a book on say cooking or biology or a murder mystery. It’s another for the book to take digital form because the content of the book requires the medium. This implies that the idea of bringing subject matter into the electronic realm is to give those ideas life, taking form and re-materializing (or re-mediating) in some new, significant way. At the same time, you want to bring the e-reader into an e-book world where they can explore, look, and navigate through media not possible in print, or even further, to participate through the book via a telematic system of interaction with other readers. That is when the e-book really comes alive: and that in my view needs to be the raison d’etre of this brave new world of e-publishing.

My second book is beginning to take shape. It’s been fifteen years since I wrote the last one, Multimedia: From Wagner to Virtual Reality, and after several aborted book projects, I have at last found the sequel, so to speak, to my first literary adventure. This new book I am calling The Third Space. It’s the inevitable continuation of the gesamtkunstwerk I explored in Multimedia (drawing from Wagner’s concept of the synthesis of the arts), which demonstrated how the virtual construction of the stage environment could serve as a model for thinking about the computer screen as narrative space: the screen as a metamedium for staging worlds of the imagination that synthesize all the media.

But when Multimedia was written in 1999 (published in 2001), the Web was only about five years old and it wasn’t clear at the time how are lives would be so dramatically altered by the telematic medium, particularly in regards to our use of mobile devices via the Internet, which was just emerging at the time. If Multimedia: From Wagner to Virtual Reality was about our progression from the first space (physical world) to the second space (virtual world), in my new book, I explore the further progression to the third space (connected world). This idea is not just concerned with the blurring of the real and the virtual: in the third space, we are becoming remote inhabitants of this virtual world, whether it be Skype or text messaging or even the telephone: these are all electronic spaces we increasingly share with others either synchronously or asynchronously.

Now back to the e-book. With Multimedia, there was a companion Website, which was crucial to providing the depth of information and documentation in the form of imagery and video. In other words, how could you talk about multimedia without actually showing it in digital form? Furthermore, how could you talk about such relevant topics as interactivity and hypermedia without demonstrating its functionality though the publication itself. While the book functions as an ideal repository for the written word, it was important to me to extend the book space into the digital realm in order for the reader to fully appreciate and experience the ideas and content. It is this notion of the experiential that is fundamental to how an artist approaches a book. For most artists don’t fully live in their imagination (contrary to popular belief), rather, they communicate an experience by engaging the sensory mechanisms of the viewer, whether it be sound or image or touch or all of the above. And of course that’s what Wagner was all about.

So if you were going to write a book about the third space, what form would this take? First off, the primary objective is to give the reader a visceral experience of the virtual in order to fully grasp the meaning of this idea. This is precisely why I teach in the third space, why the third space has become my virtual classroom. It’s because in my teaching I am working with students to help them think critically about a conception of space they already inhabit. While they may already know the third space intimately, tethered as they are to their mobile devices, they don’t fully understand the implications of what it means to grow up in this space, hence, to be a digital native, to be the first generation to come of age in the third space.

To make a long story short, the future of the e-book is for me, a publication (or should we just call it Work) that invites the viewer into a world where they can fully experience the work’s meaning and significance. In The Third Space, this will be a hybrid of forms: print for reading (there is still no replacement for the written word in my opinion), but as an extension of the page (not a replacement), there will be an online environment that provides third space functionality for discourse among the readers. If in fact a book is really intended to stimulate discussion, than what better form for an e-book than to host a community of readers in the third space. It’s like having a book club inside the book. It’s like meeting the author inside the book (and not just figuratively).

In my e-book of the future, the printed word is not a closed book, it is an on-ramp to the third space, it is a bridge to dialogue, and a portal to a database of relevant information and documentation. If in fact the third space is where we now host the global brain in a vast repository of collective media (as envisioned by Vannevar Bush in 1945), in keeping, a 21st century book about the third space must embrace the online medium as inseparable from its narrative and form.