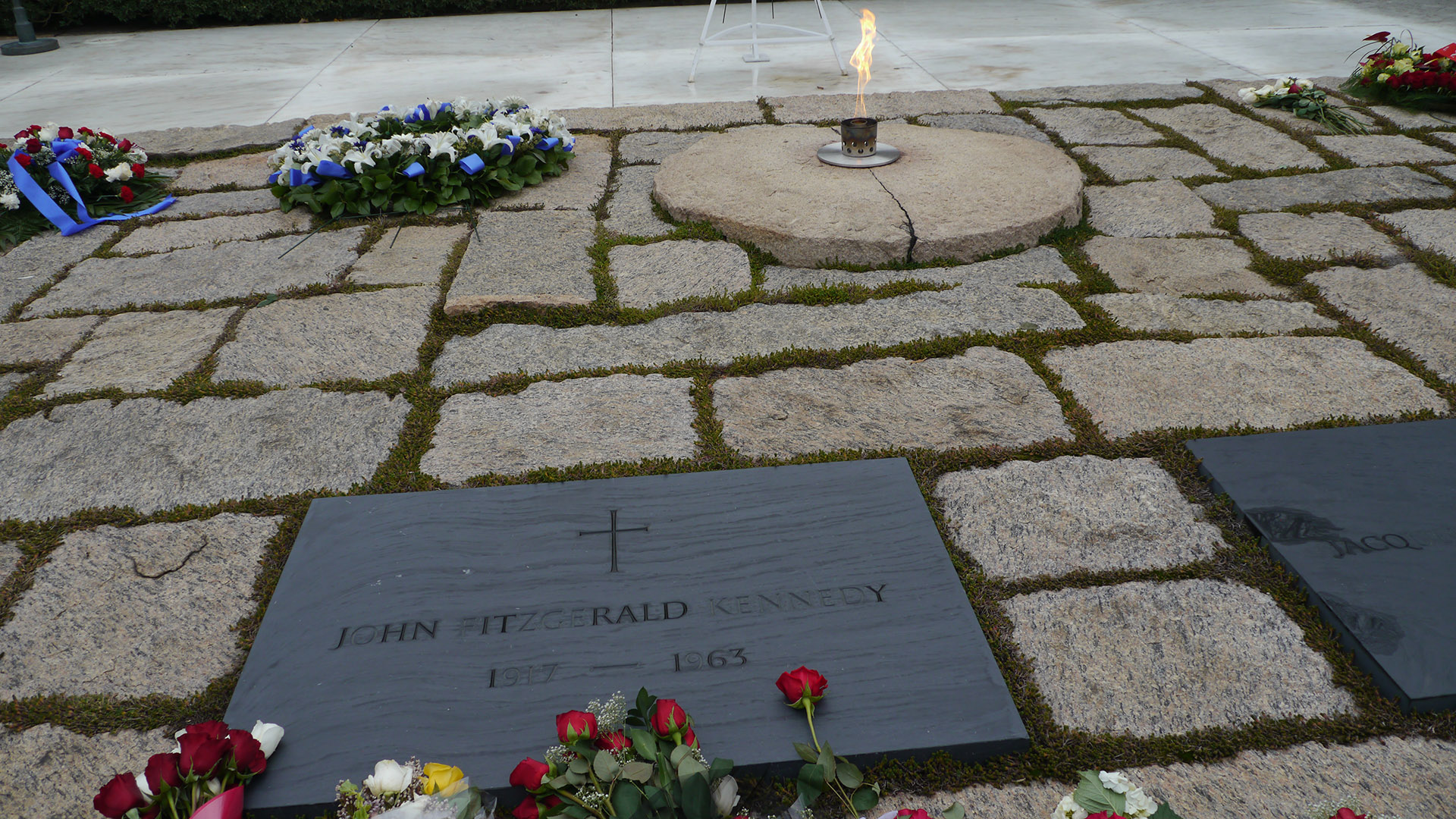 As we made our pilgrimage down to Arlington Cemetery on the 50th anniversary of the Kennedy assassination, I found myself overwhelmed with memories of that day. I was ten years old when it happened. I was in the 5th grade at Strandwood Elementary School in Pleasant Hill, CA, when I can say for certain, my consciousness suffered a jolt that changed me forever. It would take years for the idea to settle in: that there are certain individuals in American politics that have inspired such a profound impact on our culture. There is no doubt that Kennedy was one of those transformative figures who provided for me the motivation to be an artist.

Well, back to that fateful day: I was out on the playground during recess, when all of a sudden we were being swept up by frantic teachers leading us back to our classrooms. Once back in the safety of our room, they wheeled in one of those vintage 1960s televisions on a cart, broadcasting what would become the first live, global, telecasted event. Think about it: this was before Marshall McLuhan had published The Medium is the Massage (1966) coining the term “the global village;” this was before the invention of the Internet (1969), and this was just as Nam June Paik began his own transformation in the the arts with the first experimental video works. On November 22, 1963, I had a first-hand account of the dawning of a new, telematic world.

After we heard the startling news that Kennedy had died of bullet wounds, we were sent home from school. Fifty years ago, November 22 was also on a Friday, so once we were situated in front of our own vintage 1960s television sets, we were glued for the next several days watching the events unfold and the world change irrevocably.

We watched it all unfold with an immediacy and drama never before experienced on television. Perhaps Oswald’s shooting was even more prophetic of an electronic world emerging than Kennedy’s assassination. When Oswald was shot, we watched it live, closeup, in perfect detail. Never before had television given the world such a window into a history unfolding before its very eyes. It was perhaps the very moment we entered into the post reality. Because from this point on, we would never know the difference between what is real and what is staged. As we witnessed this happen, we thought we were watching a television show! That is, we thought it was somehow not the real thing. How could it be? We simply couldn’t believe our eyes that we could watch the President’s assassin being shot right front of us. We are all witnesses to a totalizing blur between performance and reality. This moment, which I saw myself, was the second moment of irreversible change in a matter of days.

Then there was John, Jr. He was just a few years younger than me, so for a child of ten, he became my focus of attention. For those of us who were children of the 1960s, and witnesses to this unimaginable series of events, John Jr. became the symbol of a childhood cut short, a moment of radical change, an abrupt awakening. From the famous photos of John Jr. saluting the procession, it was clear he only half knew what was going on. For John Jr., it was most likely another official event. But we all knew, that soon he would realize the truth of this moment, it’s significance, and how all of us were about to confront an extraordinary loss.

So there were two distinct forces at work in those few days when the world changed forever. There was the immediacy and ever-watchful eye of television newly born as a medium that would unite the world in one collective, tragic event. And then there was the idea of youth, we had been stricken, much too premature, by something irreversible, a loss of innocence and hope. We saw in the assassination the end of hope that Kennedy had inspired in us. His vision had died, and the remainder of the decade would be about the struggle between Kennedy’s dream of a youthful, social transformation battling against the forces of violence and hatred.

But now, looking at the flame, I realize that some dreams never die. The flame inspires us in a hope that can’t perish, which can’t be extinguished. And with the tumultuous events of today’s political and social climate, I wonder if the memory of Kennedy’s legacy might have any impact, or will it just fan the flames of partisan warfare that threatens to engulf us all.

It’s not at all clear. But one thing I know: that the only way to combat a culture of fear is to never cease to hope and dream. That means forever.