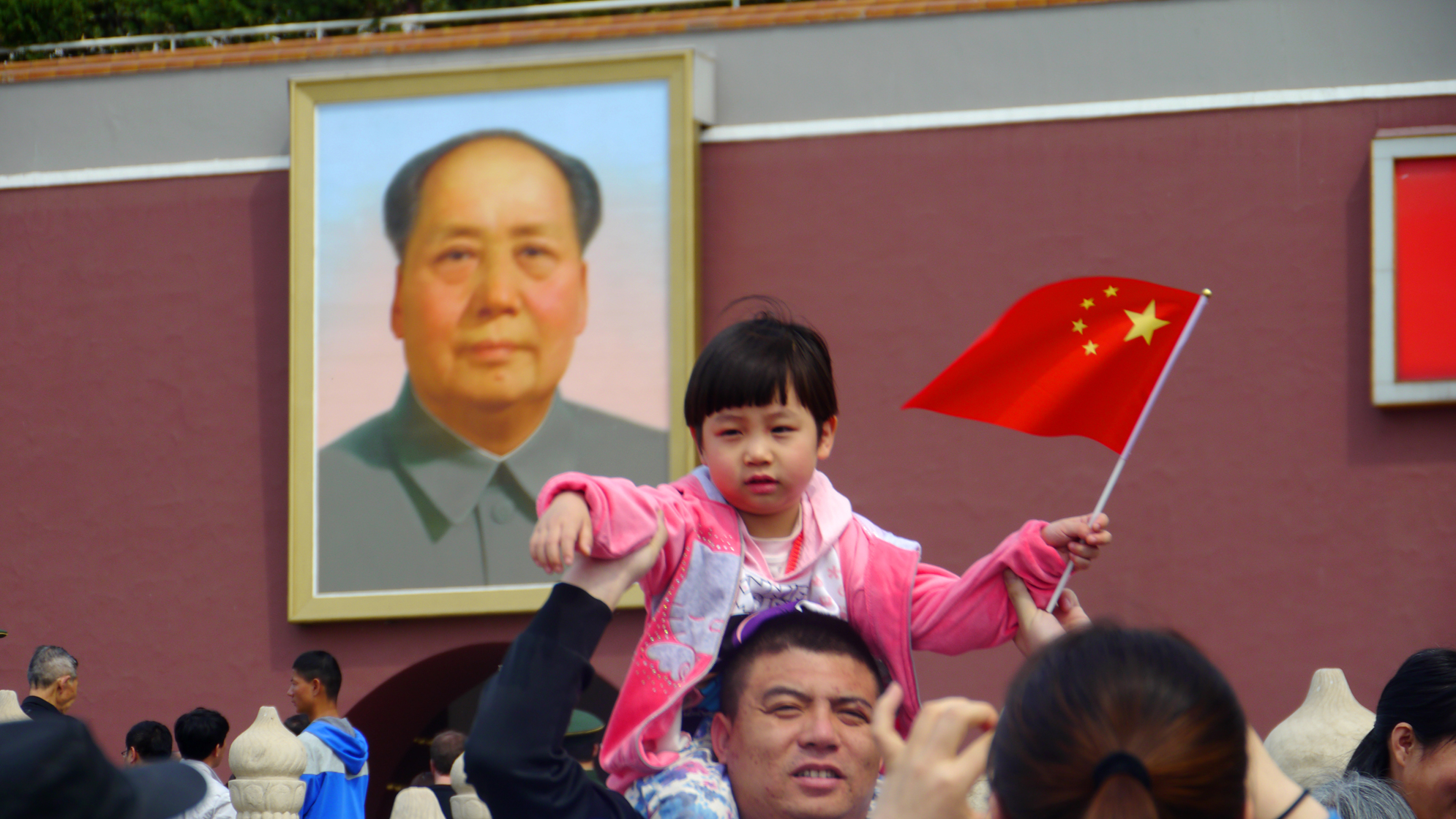 We return from China after two weeks of art, media, traffic, and propaganda. And of course, the prerequisite Chinese food, walks through Buddhist temples, and visit to the Great Wall. Back in Washington, DC, one of the most image-conscious cities in the world, I have many impressions of the world’s capital of propaganda, not Washington, but Beijing. This photograph taken in Tiananman Square at the gates of the Forbidden City sums it up. Precisely.

Children are exposed very early on to China’s symbols of power and persuasion. In a controlled country full of contradictions and misguided political decisions, the focal point of Beijing, Tiananmen Square (like the National Mall here Washington) is a magnificent, royal stage set for the Republic. It’s a movie playing out for all to see: from the giant jumbotrons to the military police at strict attention, to the majestic structures that surround the square, and the Forbidden City looming in the distance behind the gates. All combine to form the image of an ancient nobility and supremely powerful state. And yet, the highest power here, the most supremely noble accomplishment, is the economy. The staggering wealth is even more dramatic when contrasted with the poverty, crowded streets, and decaying hutong neighborhoods.

Behind it all is Mao, the beloved philosopher and kindly old smiling grandfatherly leader of China, who brought the so-called utopian vision of the power to the worker, to an aspiring middle class. China, alas, has become a corporate police state ruled by money and power. What happened at Tiananmen Square 20 years ago though is still boiling. Despite the effects of propaganda, you can see another revolution at work here, you here it from the artists, you sense it all around in the chocked streets. China may be leading the world right now, both economically and culturally, but the political reality is going to eventually give way, and I dare say, the Internet will be at the center of change.

The Great Firewall of China is not going to hold back progress.