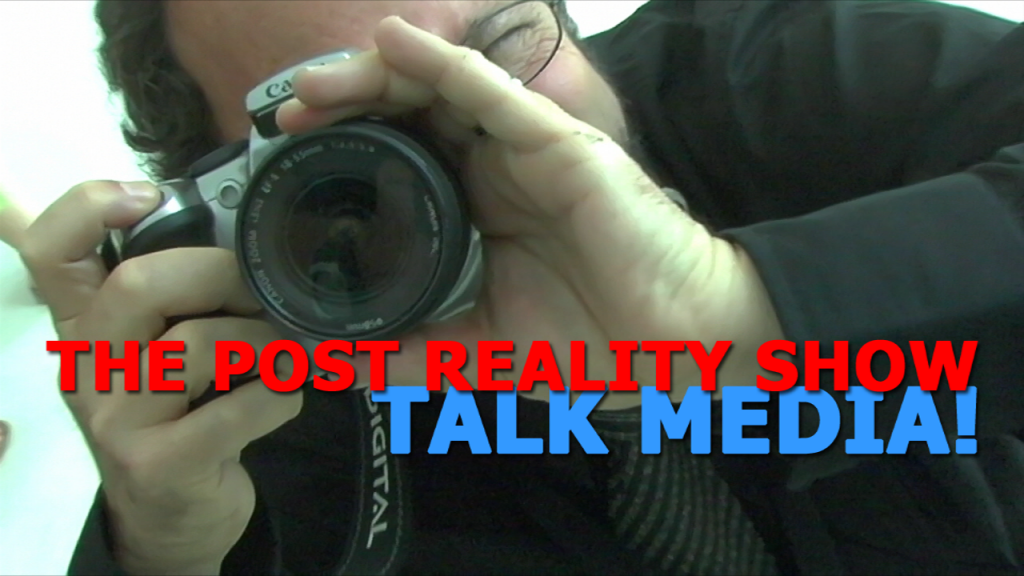 At long last, my underground studio bunker in Washington, DC is now ready for live Internet broadcasting. Watch out CNN! Beginning next Tuesday, July 17th, for two weeks, I am hosting The Post Reality Show: TALK MEDIA! as part of the Capital Fringe Festival. And yes, the venue is the Internet: it’s free, it’s live, it’s interactive, and it’s accessible anywhere in the world!

I am excited to introduce the most amazing lineup of guest artists and savvy media types. For the past weeks, we’ve been recording interviews over Skype, which will be mixed live on the air with music, video, commentary, performance, and audience interaction via chat. If it sounds complicated, it is! I just hope it all works. This is an entirely new, experimental format, a DJ talk show, in which we we dissect the heretofore indefinable nature of the post reality, while exposing it to everyone!