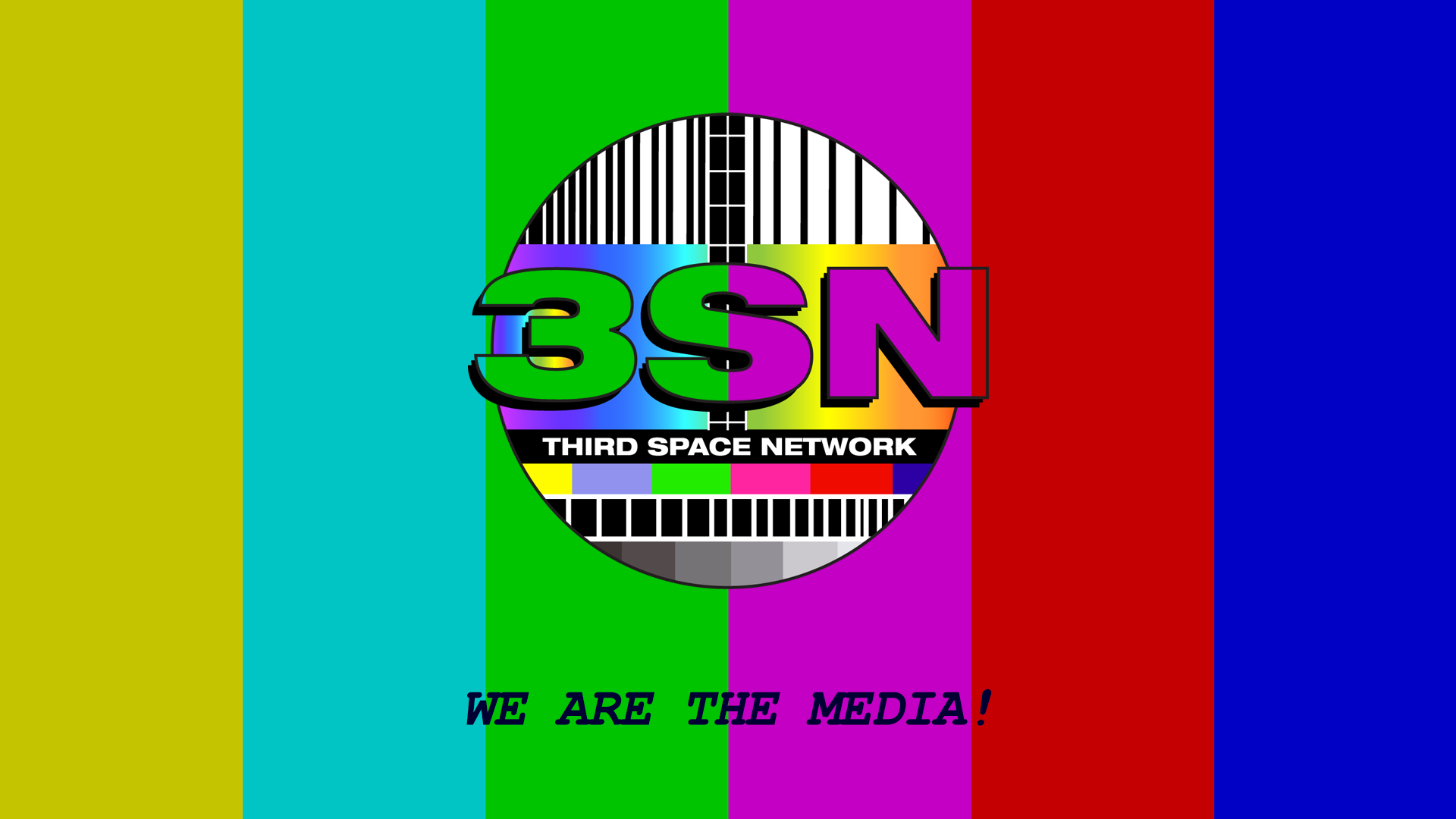 If you turn to ever-present, 24/7, always-on, non-stop, cable broadcasting for your source of news, with its ceaseless partisan punditry, constant jolts of breaking news, flying graphics & mind-numbing advertising disruptions, the need for information often feels like an act of desperation. If you digest your news from online publications, social media feeds, rss aggregators, bulletin boards, etc., you may very well feel like an aircraft control tower operator directing a torrent of media across an endless array of networked channels: information moving in all directions instantaneously & simultaneously. How amidst the density of the media flows do we find the time & space for nuanced public dialogue? Is it even possible?

Just maybe. I created the Third Space Network in 2017 as an alternative media platform, a virtual broadcast network, where live performance, creative dialogue, and various uncategorizable online activisms can be realized in a re-imagined Internet broadcast space. So what exactly is the third space you might be wondering? It’s a concept most of us are familiar with, but perhaps haven’t defined or thought too much about regarding its potential for creative expression. Here’s a quick & simple definition: the third space joins geographically dispersed local and remote participants in a shared networked space.

That’s it, however, I emphasize LIVE broadcasting as a fully heightened third space mode of transmitting dialogue and media, in which you can engage with others in the immediacy of the moment in real-time. In a sense, the third space knows no boundaries, it is global, it’s a place for transgressing geographies, borders, cultural barriers, and time zones. In the spirit of confronting climate change (and unfortunately pandemic viral contagions), the third space reduces physical travel, flights across the world, and for the online viewer, no physical proximity to others, only the virtual. Speaking darkly, you could say it’s a dystopic solution to a post-apocalyptic world.

If you have used Skype, Zoom, Web-conferenced or have even talked on the telephone, you are familiar with the third space. There’s nothing new about the third space. However, it can open doors as a revolutionary communications space when put to new use. There is an extraordinary history of artists who have pioneered third space environments to perform live happenings over radio, television, satellite, Internet, Web, etc. But today, even with so many tech-savvy netizens using online media for their daily nourishment of information and social interaction, trying to describe a third space, participatory live event feels like you are speaking in a cryptic language nobody understands. Precisely the reason for this post.

And so I turn to next week’s Raw Hope of Humanity Rising public dialogue at the American University Museum in Washington, DC, where the panel discussion will be broadcast live via our Crowdcast Web-conferencing platform. (Please sign-in & register if you are outside the DC area.) Our third space event is somewhat unusual in that it is hybrid, which means that you have panelists and audiences in both physical and remote spaces. This idea seems to utterly confuse everyone, particularly when you are inviting people to attend either locally at the American University Museum OR remotely via Crowdcast. Got that? Either way you attend, it is a shared experience in which the ultimate goal is to forget all together where you are, where everyone is speaking, viewing and participating in one place: the third space.

So what does this all mean to the quality of the dialogue? Everything. In a traditional panel discussion, where the audience is ONLY situated in a physical space, everyone must passively listen, otherwise talking would be an insurmountable distraction. In the third space, the remote audience can communicate freely and openly in a chat space. The online chat is a highly dynamic, participatory space for audience interaction, comments, links, etc. Surprisingly, this alternate communications space complements the panel discussion: extending it through creative interplay, added context, and spirited online debate.

The third space platform is a medium ripe for invention, imagination, and experimentation. It’s not a substitute for physical dialogue, nor is it a backup solution when a physical venue is not available. No, it is its own unique medium with great potential for artists and other creatives to invent new forms of dialogue and performance. The third space is socially empowering, it is space for activism, for bringing people together, for being your own host, for becoming your own alternative broadcast Media. In fact, in the third space you can be the Anchor of your very own Network! It’s a decentralized, democratizing space for public dialogue, where panelists, audiences, near and far, anywhere, can participate. With a computer or mobile device and an Internet connection, viewers can have free, unfettered, participatory access to the broadcast: unlike the hierarchical, passive, commercial formats of mainstream cable television.

In sum, the third space is a place of open possibilities, a place of NEW POTENTIAL for going beyond physical constraints. This is why the third space experience is so provocative. It is outside of time and space, not limited to those anachronistic rules and limits. It is transcendent, it is connected, it is widely spatial in terms of a sense of active play that takes place in a space without borders, like worm holes, the third space offers instant trajectories that defy distance and geography.