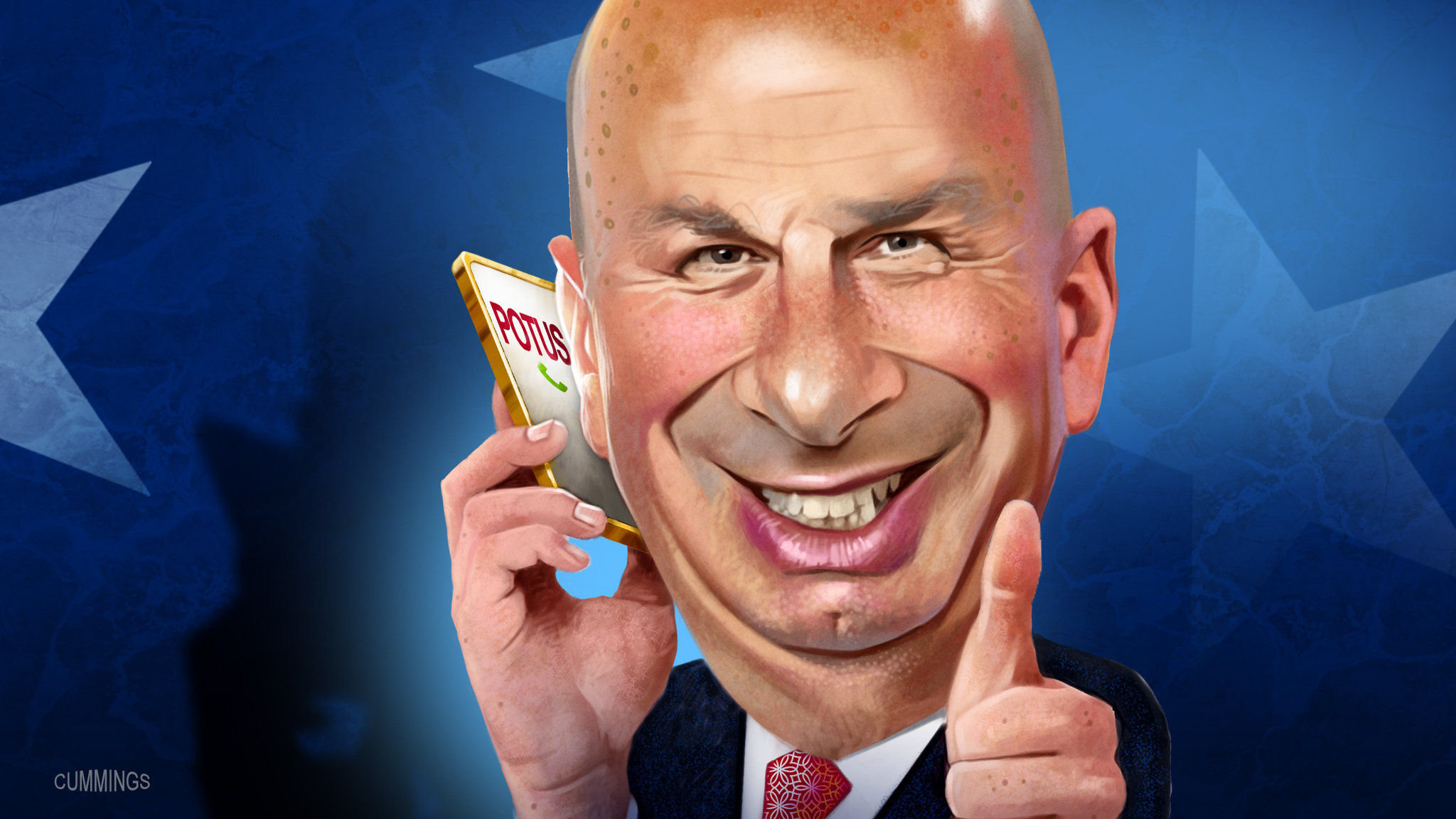 XTreme TRUMPological Xcess abounds. In the continuing drama of the Impeachment Hearings, we see unfolding before our unbelieving eyes, a madcap diplomatic adventure in war-torn Ukraine that puts to shame even the most twisted, convoluted, edge-of-your-seat Hollywood sagas. This is one for the ages: as of yesterday, the drama zeroed in on one millionaire hotel magnate cum TRUMP Ambassador to No Good, Gordon Sondland. What a moment!, with Sondland placing a direct cell phone call to TRUMP still in his early morning bathrobe, while the Ambassador was lunching out on an open terrace with the greatest of cavalier inattention to electronic snoopers in a Russian-surveillance-infested restaurant in Kiev. All while shooting the shit with the President about the cool shakedown of the new Ukrainian leader that was in process. It doesn’t get any better or worse than this.

And so yesterday, after six hours of breathtakingly dramatic testimony from former Ukrainian Ambassador Maria Yovanovitch, who was squeezed out of Kiev by the Three Amigos and the Boss, we find ourselves merely at the intermission! Following the break in action (and there is really no break as the pundits continue flapping their response), the Intelligence Committee (some not so intelligent), descended to the Capitol underground deposition bunker (popularly and often derogatorily know as the SCIF – Sensitive Compartmented Information Facilities), where David Holmes, a Ukraine American Embassy official, was taking the stand to describe the now infamous cell phone call.

It was in this call that we can see just how brazen and reckless TRUMP’s shadow diplomatic envoys had become. “President Zelenskyy loves your ass” Sondland exclaimed over a glass of wine, “the President will do anything you ask him to” in pure ‘offer he can’t refuse’ Godfather-speak. Sondland then turned to our witness David Holmes, proudly boasting after several more sips of wine, “TRUMP doesn’t give a shit about Ukraine, he only wants big stuff that benefits himself.” (I’m loosely paraphrasing here to capture the dramatic import of the moment.) This is TRUMPian shadow diplomacy at its best, a shakedown and harassment of foreign leaders for political dirt: all delivered in the most cliché-ridden vernacular of wannabe mobsters.

But the drama runs even deeper, in which this kind of mafioso-infused, power-mad political style has infiltrated and corrupted the Republican psyche, or perhaps I should say, has corroded their political soul. The Republicans are now fully under the SPELL, cast by TRUMP the Manchurian Candidate who has, without caution or nary a concern, carried out his daily Presidential ritual of serving Vladimir Putin: the master himself who is pulling the strings. The Republican sycophants have deeply, ever so deeply, entered into the SPELL as zombie-carriers of Manchurian hypnosis, spreading disinformation in the halls of Congress, and worse yet, grabbing the closest broadcast microphone to disseminate their distaste for reason and democracy on the contaminated airwaves radiating throughout FOXland.

We now find ourselves in the scorching heat of Impeachment, awash in misinformation and dueling realities. TRUMP has orchestrated a chaotic cesspool of insanity that has sucked the minds and souls of politicians and pundits into a swirling vortex of mediation, episode after episode of 24/7 mind-numbing twists and turns in the action that has, in its absolute velocity, laid bare every malfunction conceivable in the human saga. This, my friends is XTreme TRUMPology taken to the limit, to total Xcess, conflict out of control, mass political hysteria, no less than the deconstruction of the administrative state that Steve Bannon so clairvoyantly and proudly predicted.

We are at that inflection point in the action, Deep in the Heart of Ukraine, where all it takes is the transmission of one brazen cell phone call from a restaurant in Kiev, over a bottle of wine, TRUMP in bed, Russians firing missiles at the border, Ukrainian officials scrambling, to turn the whole wide world of politics upside down and inside out. To pull all of these threads together into a single televisual moment, however unintended, is precisely TRUMP’s mastery of the apocalyptic post reality SHOW of SHOWs.