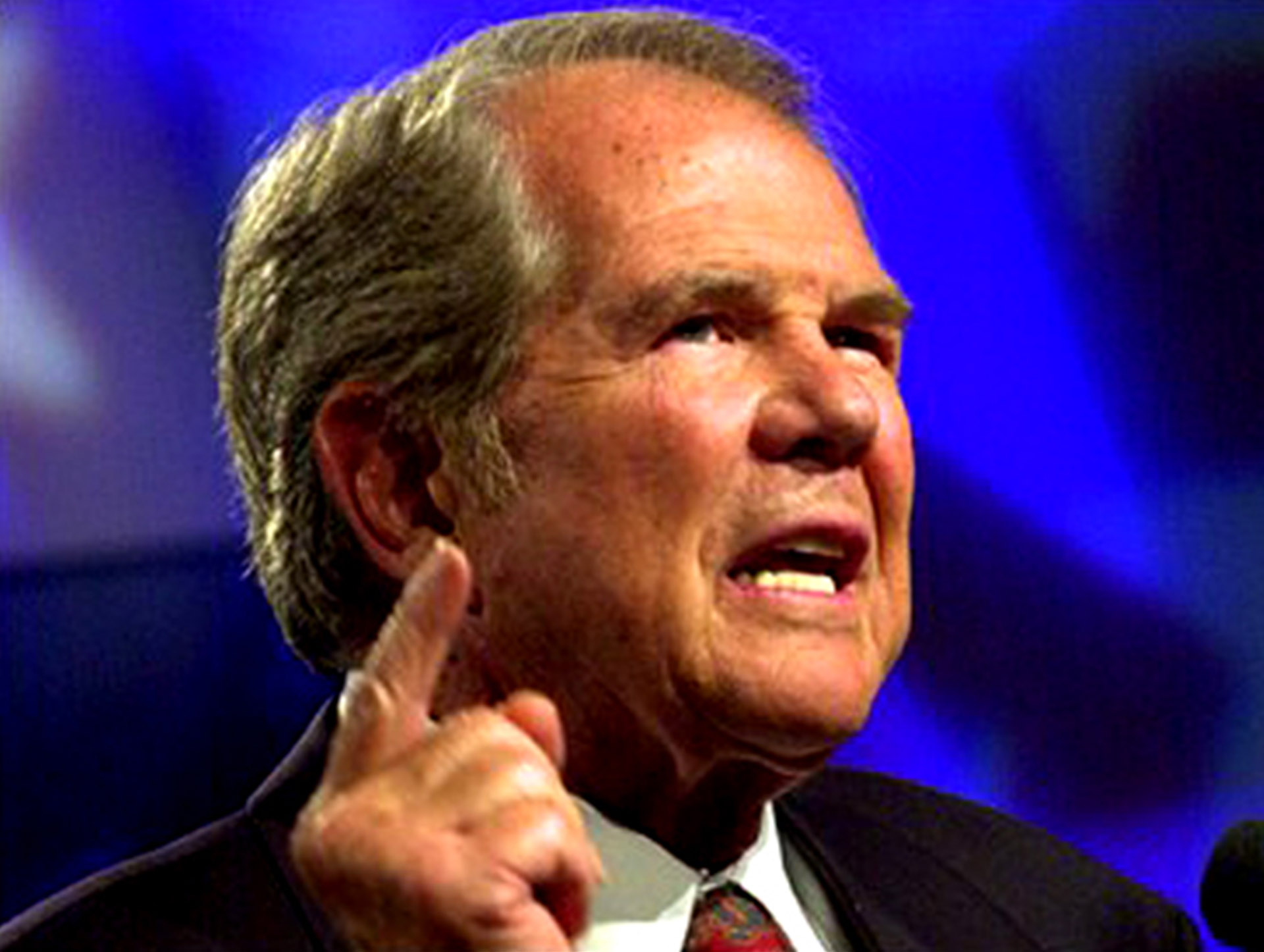 “To see Americans become followers of Islam, is nothing short of insanity… You see people over here learning Swahili, for example. Swahili was the language of the slave traders. The Islamic people, the Arabs, were the ones who captured Africans, put them in slavery, and sent them to America as slaves. Why would people in America want to embrace the religion of the slavers, and the language of the slavers?”…Pat Robertson Founder and President of the 700 Club

Pat Robertson, leader of the Christian Broadcasting Network (CBN), the mega-broadcasting center in Virginia Beach, is mounting his own Jihad based on the reclamation of the 10 Commandments. He claims we are losing the battle against all that is evil and all that is Islam because America’s courts are unable to enforce the principles of the land, the holy 10 Commandments. In his book, Ten Offenses: Reclaim the Blessings of the Ten Commandments, Robertson asserts that America was founded as a Christian nation and that any effort to deny or revise that fact is nothing short of blasphemous, a grave danger to our society.

Robertson believes there is a holy battle raging for the soul of America, insisting that we must reaffirm the central role of God’s fundamental laws – before it is too late… a true recipe for courting disaster.