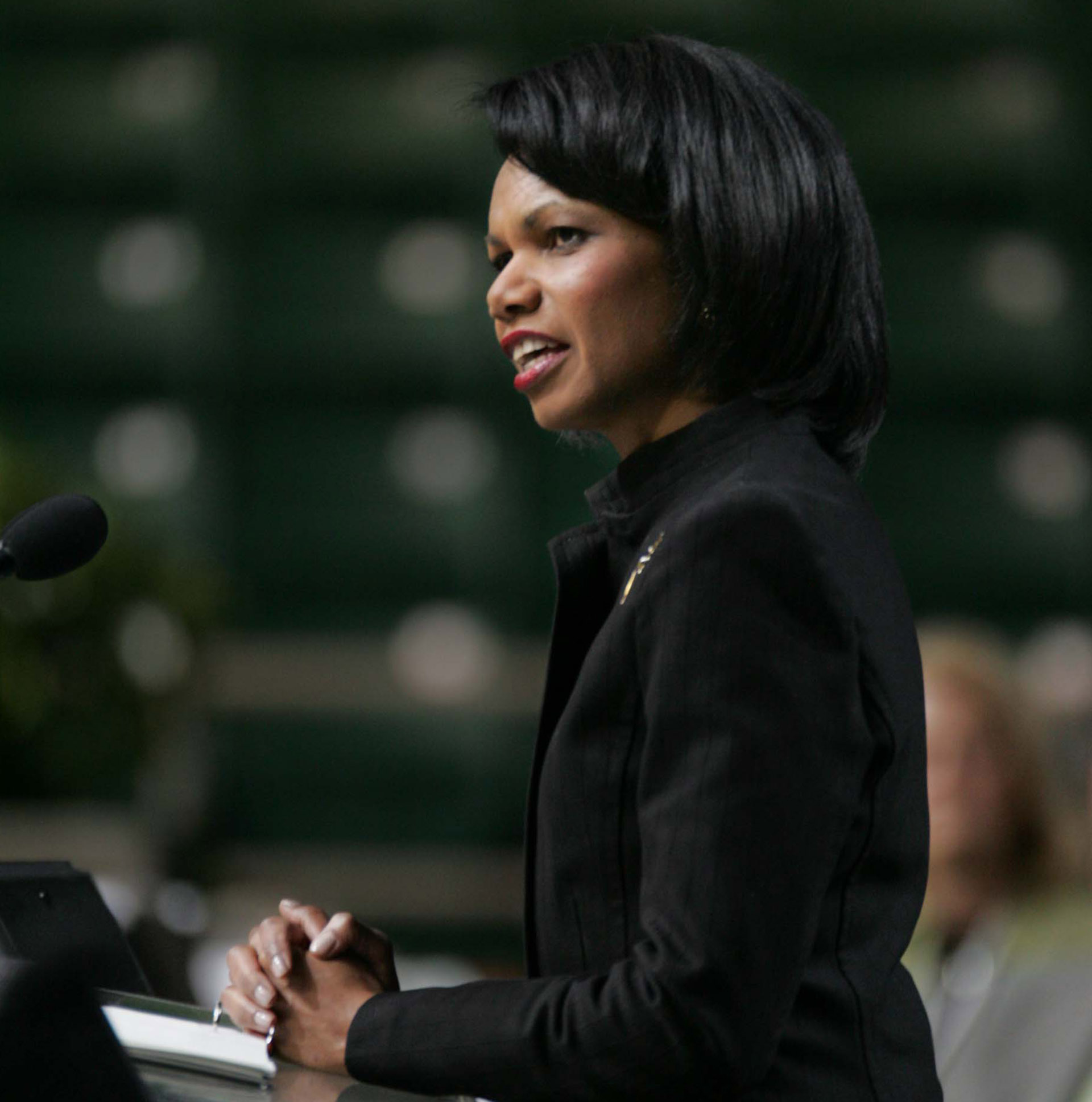 “Without America’s moral leadership, the world could easily descend into chaos and despotism… if we imagine a world without American leadership… if we do not rally other nations to fight intolerance and support peace and defend freedom.. then our world will drift toward tragedy.” – Secretary of State Condoleezza Rice

Speaking to the Southern Baptist Conference in Greensboro, NC, 12,000 evangelists who make up the core of the base of the Bush Administration, listened to Secretary of State Condoleezza Rice present her apocalyptic warnings regarding the role of the US in spreading democracy to all corners of the earth.

Rice said she holds the conviction that the President shares with Southern Baptists, who believe the United States can and must be a force for good in the world by fighting evil:

“We go into the world to protect; to liberate.”

History will show the occupation of Iraq only served to make the Middle East and the world a more dangerous place.