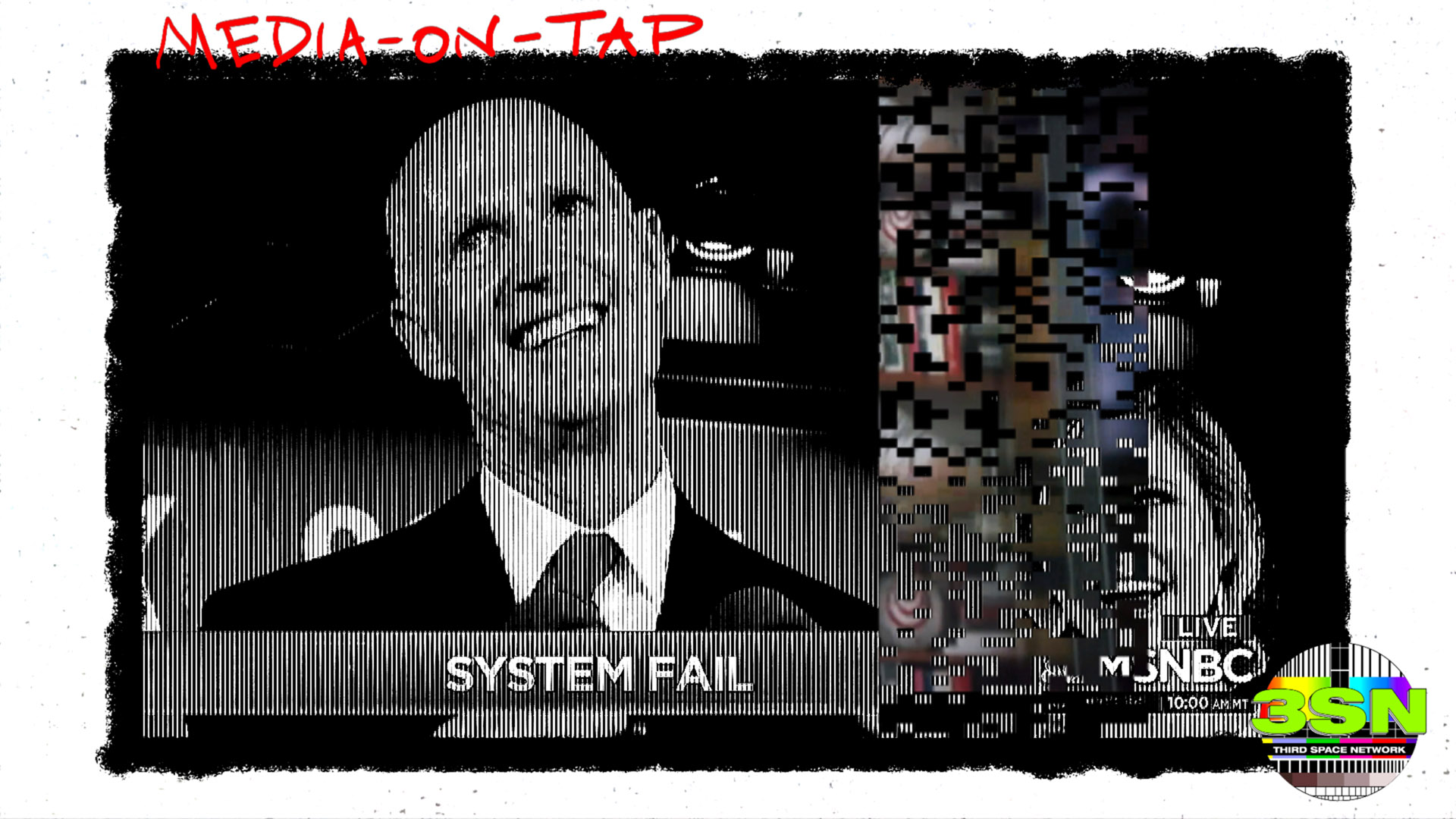 For the past twenty-five years, I have inserted myself into the artworld@large as a composer of media. Long ago abandoning the guise of musical composer (for me, that designation reared its head as a giant anachronism), I have applied the techniques and manipulations of musical time to organize and control all forms of media. Even those elements of life and material and events in the world that situate themselves far outside of any specific media categorization, fall neatly within the domain of my practice. This method of composition in the current rendition of my work now lends itself not just to the idea of composing with media, but more forcefully, as an act of confronting the (dis)information we digest each and every day: Composing THE MEDIA.

Here composition in the previously musical sense become a means of defiance against THE MEDIA’s narrative construction of political and social events as they unfold, forced down our collective throat in an increasingly manipulative media landscape. Pundits of every persuasion relentlessly scream their message, encapsulated in a delivery medium that is saturated in graphics, scrolls, logos, sonic themes, and persistent, argumentative, and coercive punditry. The sum total of THE MEDIA narrative is a river of noise, a torrent, which flows endlessly, cascading furiously through the psychic space. As a response to this dire onrush that comes at us in so many seductive and hypnotic flavors, I happily apply the age-old compositional rules of rhythm, texture, melody, polyphony, et al – not to a symphony or string quartet or a piano sonata in so many movements – but rather to a Total Reorganization of THE MEDIA Torrent. 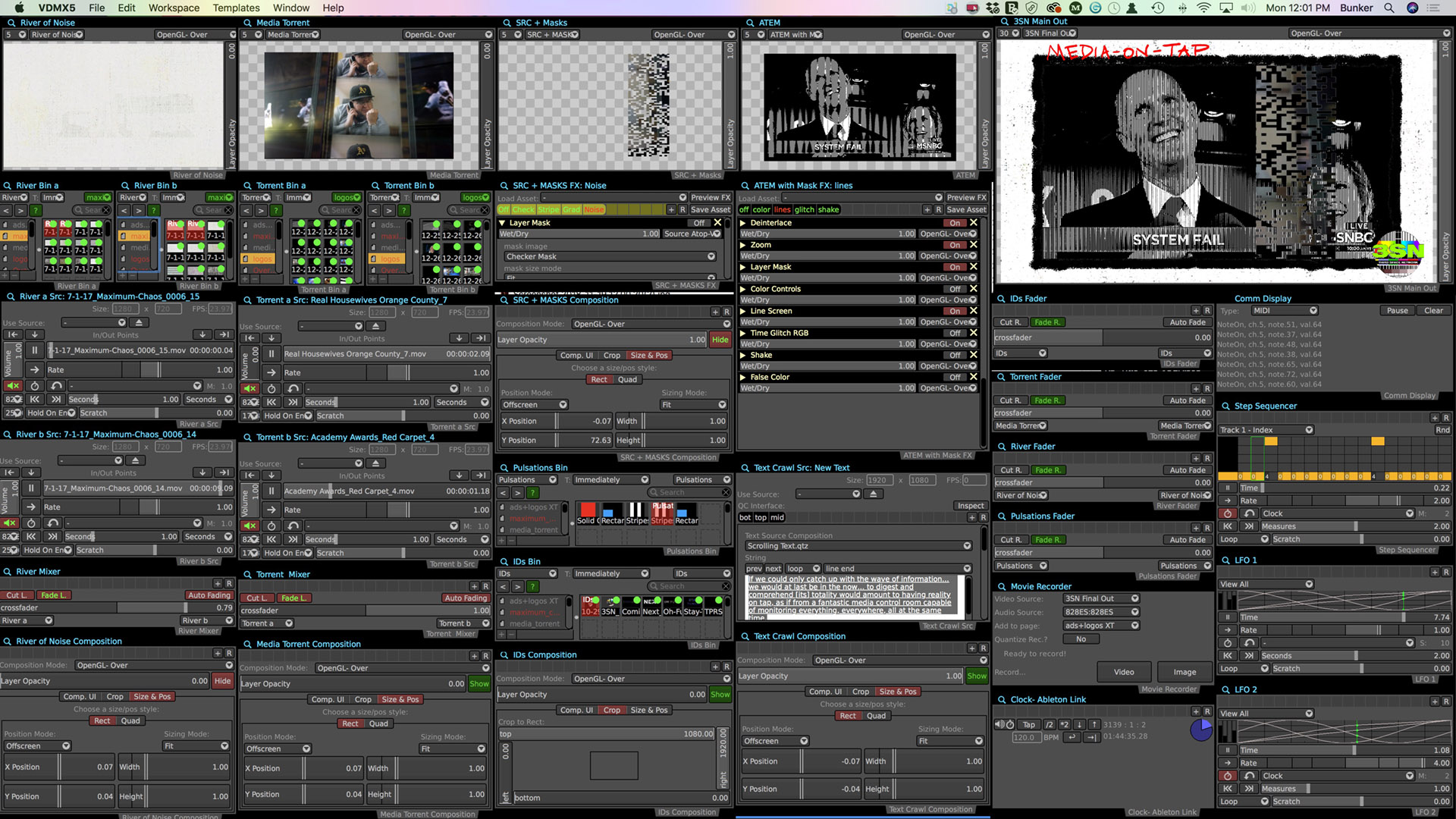 The material of THE MEDIA is gloriously rich and varied, full of constant jolts and juxtapositions, a seething crush of interruptions and abrasive motion, which steamrolls our ears and eyes with such force, we no longer even notice the effects. And yet, by subjecting THE MEDIA to my studio Work_FLOW, ALWAYS ON and streaming through the conduit of a studio-mechanized Media-on-Tap, certain things once invisible now come to Light. Once our perception has been tweaked and adjusted by the filtered mechanisms of the compositional process, we become acutely aware of THE MEDIA tricks, the play on our consciousness, the distortion of our senses, all precisely tuned to fool our minds, while they eagerly embed a certain pre-determined bias into our thinking: until, unaware, we find ourselves hosting an opinion that subtly slipped right in through the neurological back door.

What an immense pleasure it is to use the fundamentals of compositional time to reorganize the flow: as it happens! Yes, this is all real-time, in the ever-present present of Right Now! That’s where it all gets very interesting, to grab hold of and release the media-on-tap, in the rush of the moment, and to broadcast the torrent right back out into mediascape from where it came: all now under musical control.