There has to be somewhere else to go that is equally massive, so that you can secede from this world and join that one, and have another place to live. – Gene Youngblood 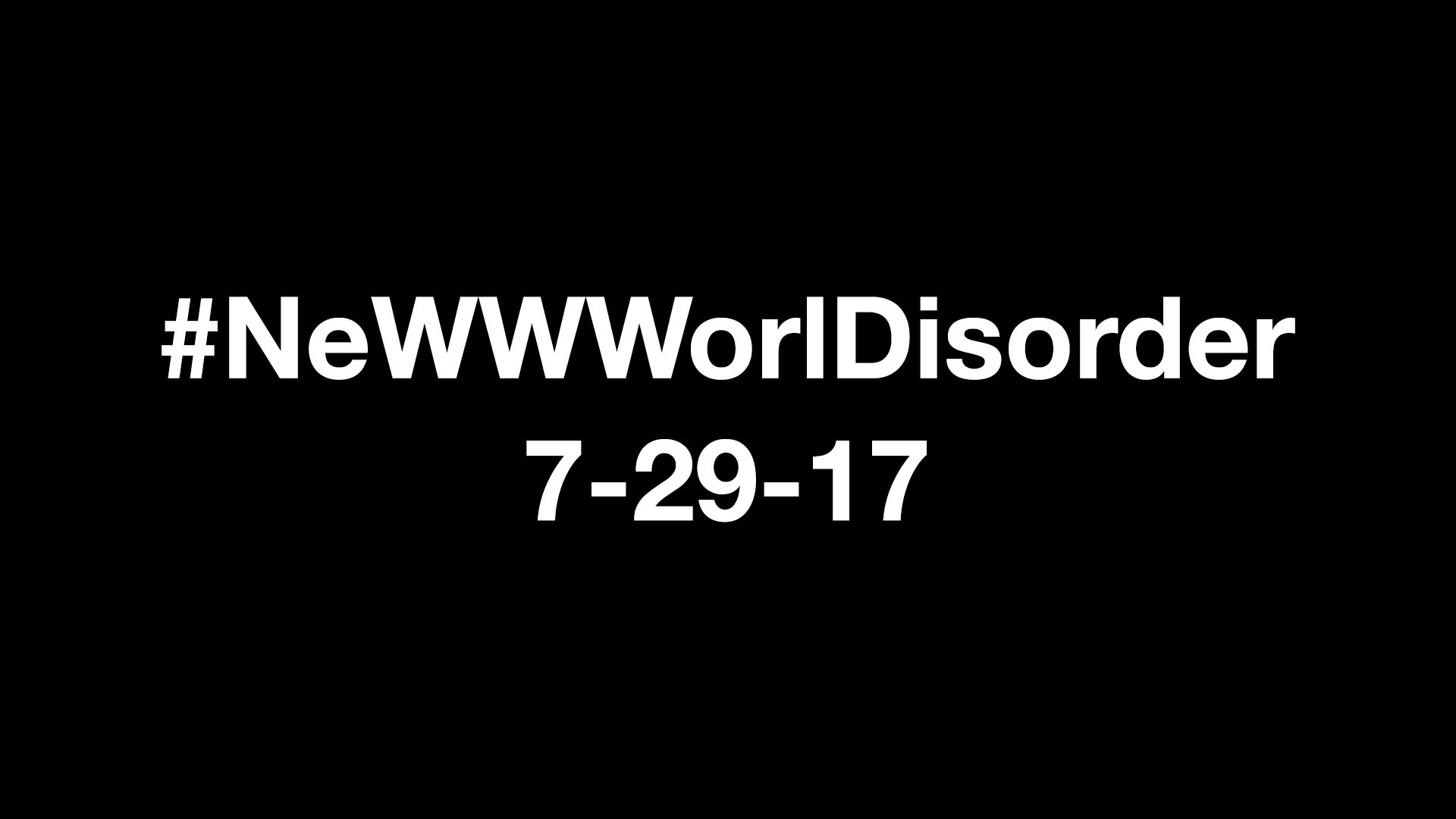 Today we are announcing #neWWWorlDisorder, a collective artistic response to escalating world chaos and hyper-manufactured disinformation, broadcasted via Facebook Live simultaneously between Paris, Washington, and Well Beyond: hosted by yours truly and the legendary artist of the networks, Michaël Systaime Borras.

With the latest explosive announcement emanating from the White House yesterday, as TRUMP brazenly announced his Nationalist-infused AMEREXIT from the Paris Accord, we artist-broadcasters intend to take to the networked Media Broadcast Stage on July 29, 2017 to RESPOND EN MASSE as we culture jam the global social media channels.

As TRUMP leads the charge against environmental consciousness, heading down a catastrophic slope into a wasteland of never-never-land political hyperbole that runs contrary to any logic, any economic sense, any environmental impact, any humanity… we intend to take the MEDIA into our own hands with our own Broadcast Channel, #neWWWorlDisorder, a temporary autonomous networked zone of artistic intervention and mediation aimed squarely against the disorder with even MORE disorder: