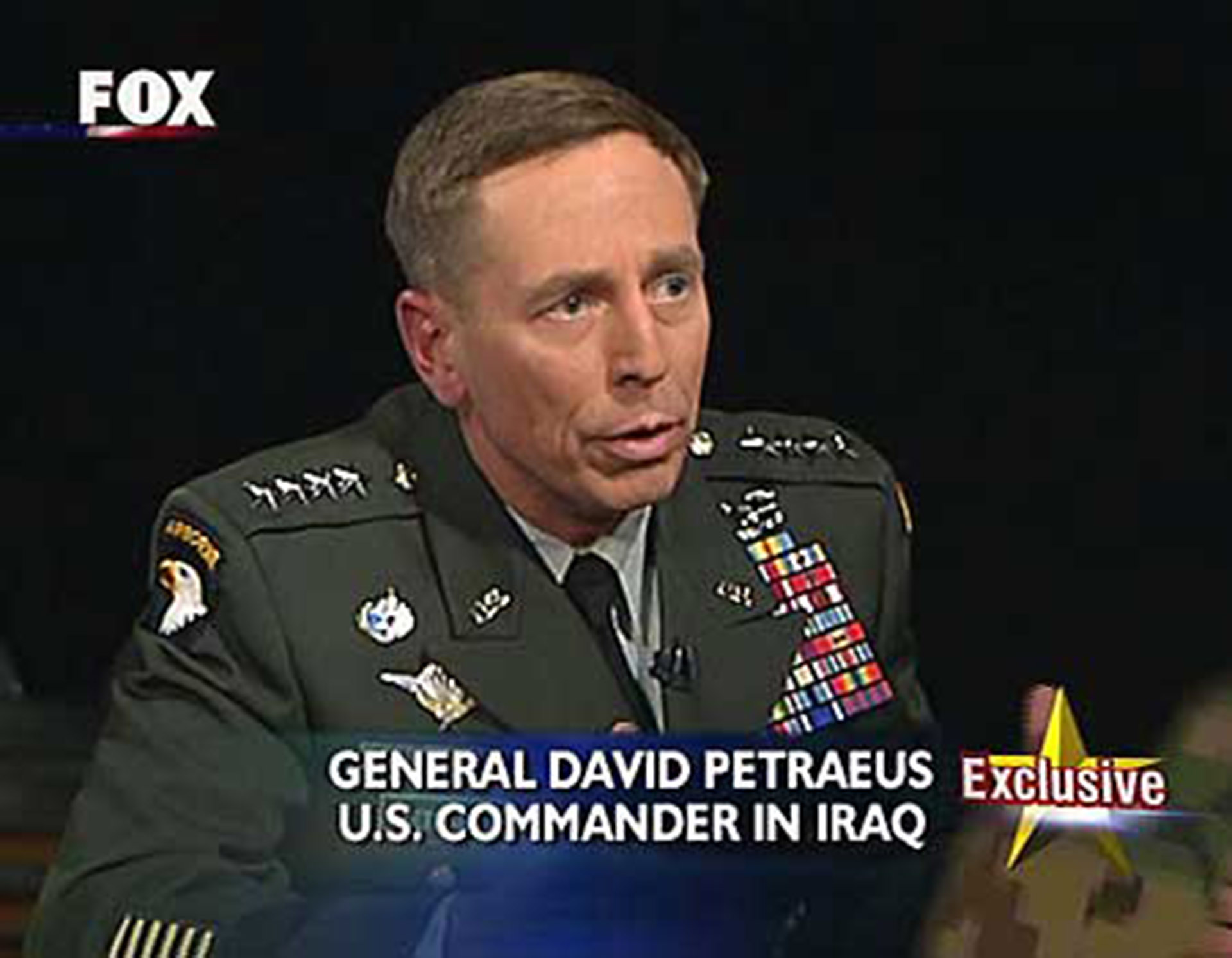 General Petraeus and Ambassador Crocker could grab an hour of prime television time only by slinking into the safe foxhole of Fox News, where Brit Hume chaperoned them on a gloomy, bunkerlike set before an audience of merely 1.5 million true believers. Their “Briefing for America,” as Fox titled it, was all too fittingly interrupted early on for a commercial promising pharmaceutical relief from erectile dysfunction. – Will the Democrats Betray Us, Frank Rich, NY Times