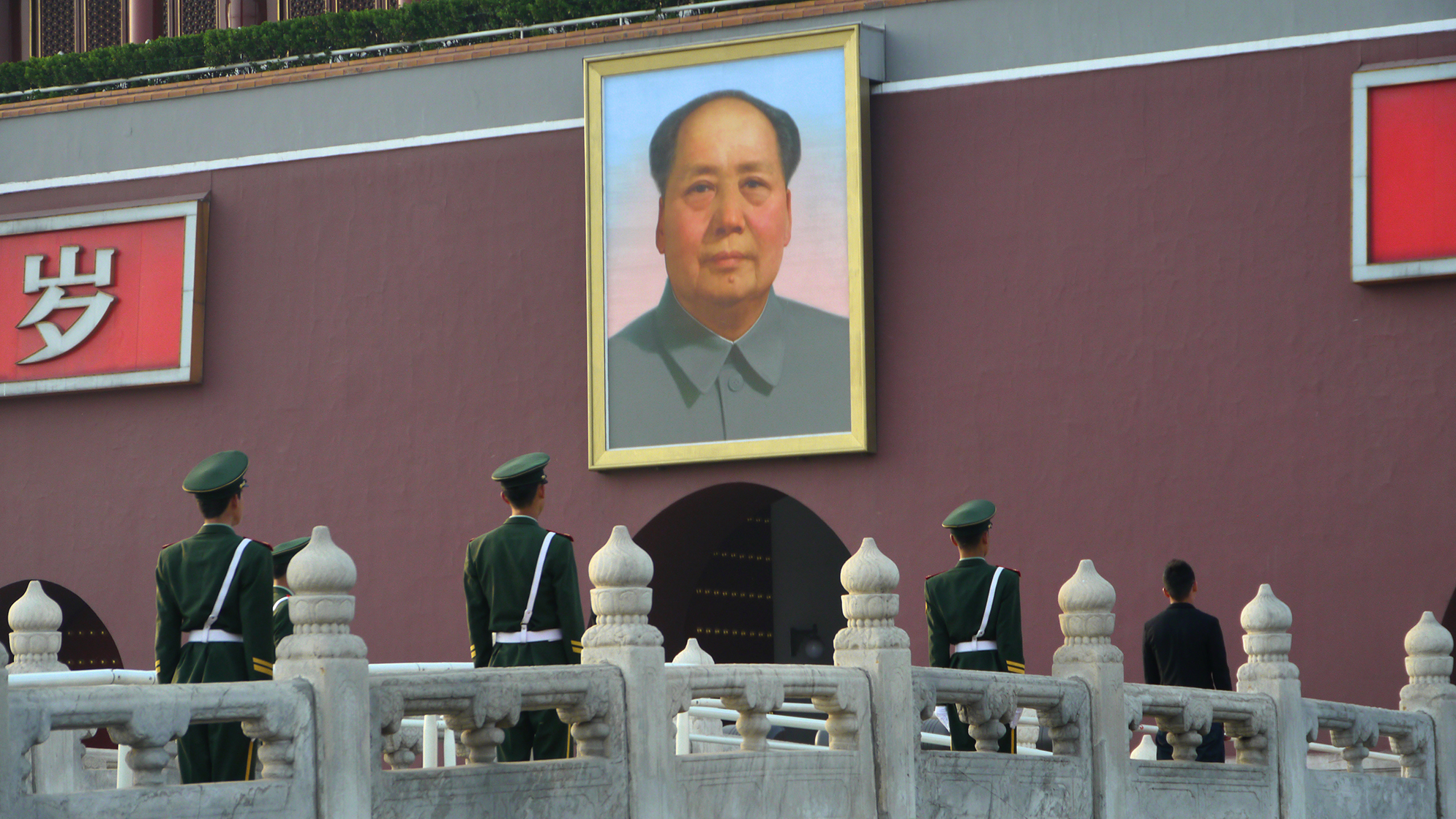 Beijing: the first visit to Tiananmen Square is a spectacular sight. The square was built at the gate to the Forbidden City, at what is known as the Gate of Heavenly Peace. Here a photograph of Chairman Mao is flanked by military at attention, standing guard, protecting the sanctity of the founder of the People’s Republic. The presence of security is truly intimidating: how can one not think of the events of June 4th, 1989 and the iconic photo of a lone dissident challenging a fleet of tanks. 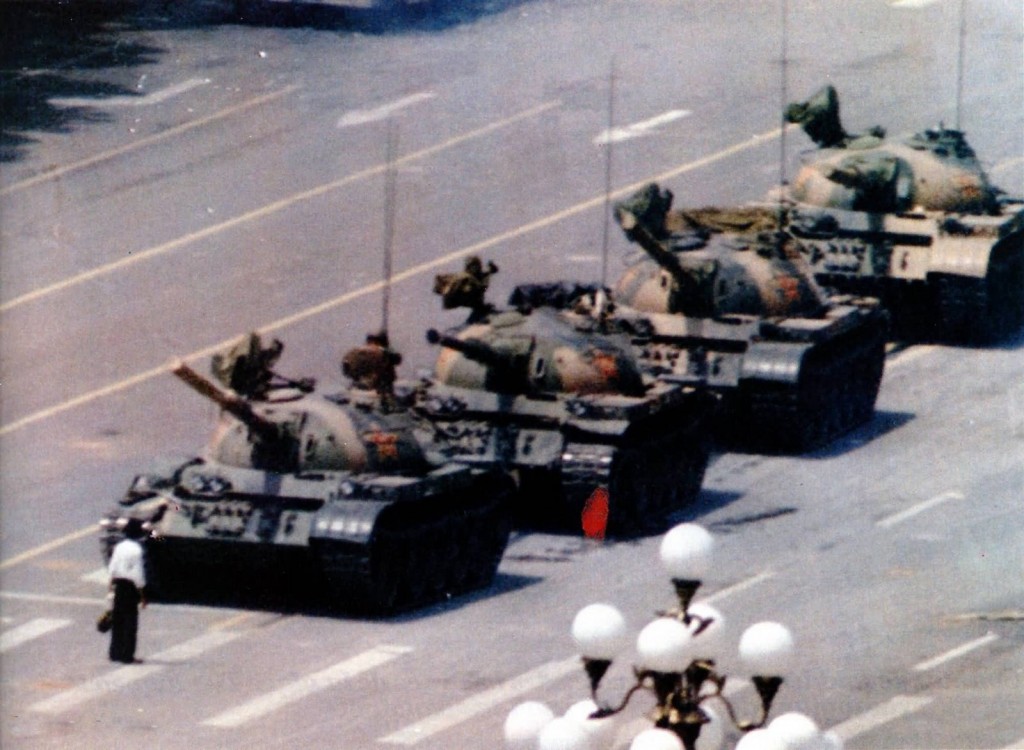 Tiananmen Square is sprawling and monumental, flanked on either side by the epic-sized National Museum of China and the Great Hall of the People: culture & politics serving as the pillars of the Chinese republic. The Square is also a vast gathering spot and historical epicenter, much like the National Mall in Washington, DC, where the national identity is modeled as a spectacular stage set. However, here at the gate of the Forbidden City, where the ancient emperors once ruled, it is startling to see the presence of high-tech media propaganda, blatant and exposed, its messages, imagery and cheerful music broadcasting across the square. 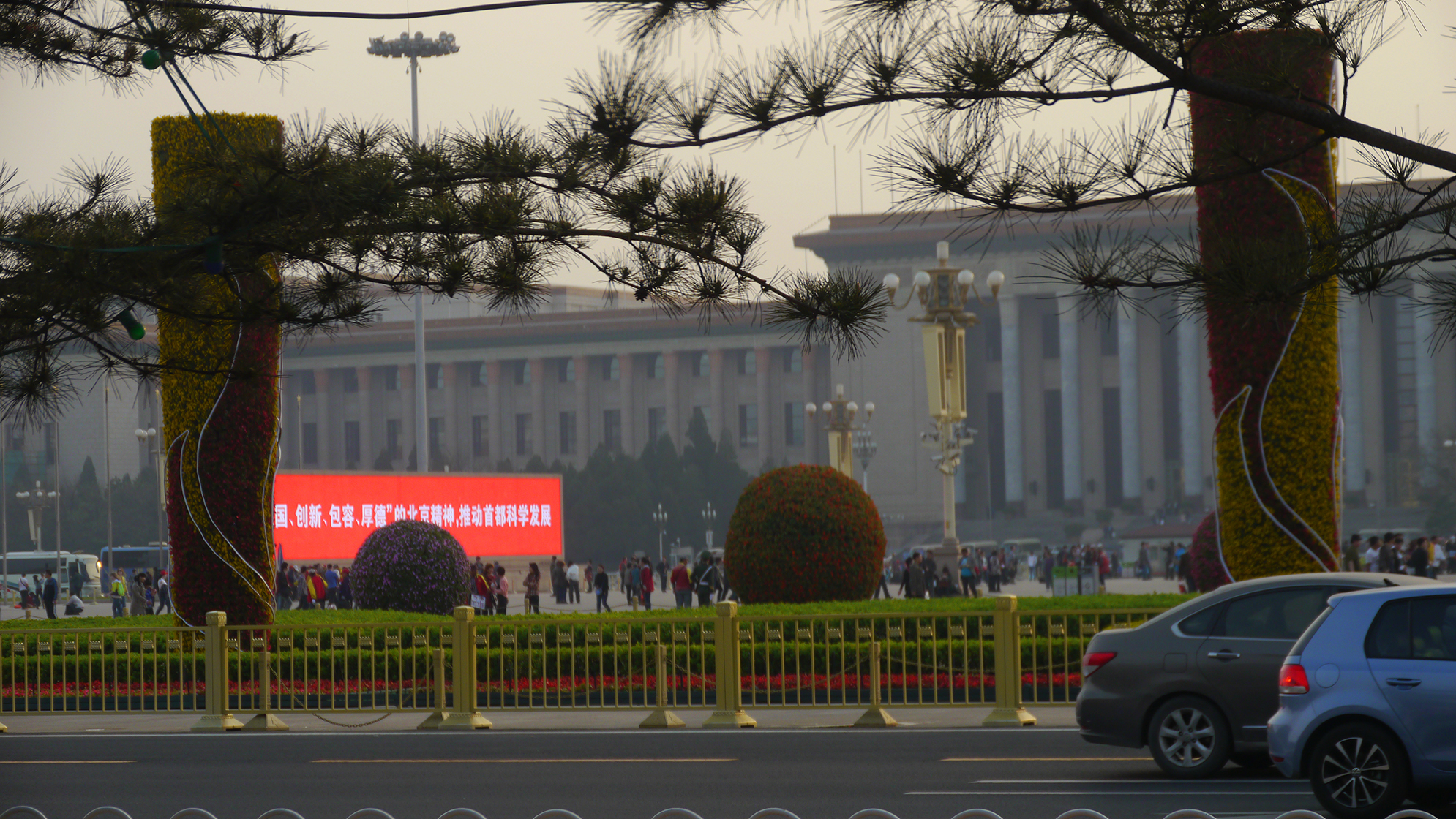 This is clearly one of the most secure spots on earth, much tighter than Washington, where military personnel stand at attention – everywhere – their eyes scanning the crowds looking for any kind of suspicious behavior. And yet, it is the combination of being watched by those darting eyes, and the ever-watchful jumbo screens, which makes one realize that Tiananmen Square, at the heart of Beijing and the Chinese culture, is a manifestation of the Orwellian warning. 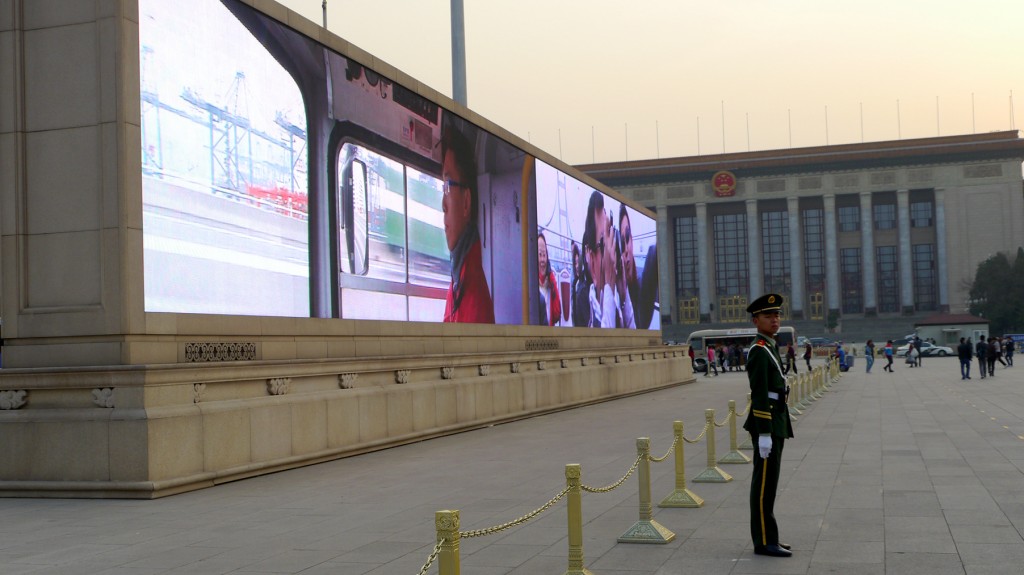 Here at Tiananmen Square, it appears that the public plaza, a collective space based on the Greek notion of the Agora – the seminal gathering spot for the artistic, spiritual and political life of a city – is in direct opposition to the requirements of maintaining ultra-high security at the heart of the Chinese political system in Beijing. In a nation bounded by the Great Wall, where authority is of the essence, the notion of a heavenly peace seems only possible by means of control.