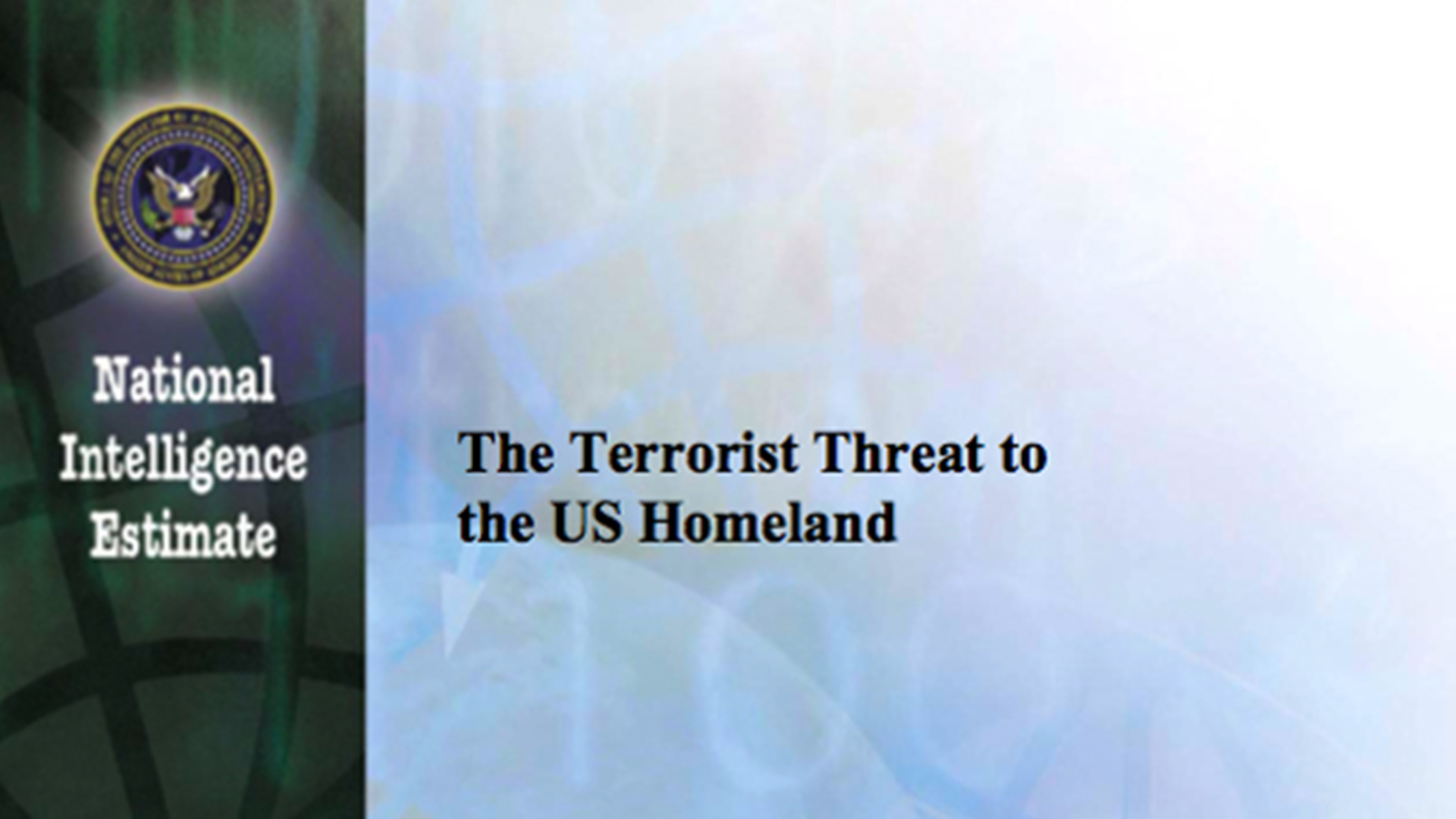 “We are concerned, however, that this level of international cooperation may wane as 9/11 becomes a more distant memory and perceptions of the threat diverge.” – National Intelligence Estimate, July 2007

9/11 was a psychic shock to America’s collective consciousness, which according to the latest NIE report, is fading into a distant memory… posing a dire threat to the Government’s ability to exploit the attack for political purposes. They who would reinforce fear among the US population now face the realization that the era of September 11th may be coming swiftly to a close.

Meanwhile, the ideological war, which resulted in 9/11 in the first place, continues to rage between the Middle East and the West. “Violent Islamic extremists,” the report concludes, “… are becoming more connected ideologically… which points to the possibility that others may become sufficiently radicalized that they will view the use of violence as legitimate.”

How do we confront deteriorating conditions? Fear and war breeds more hatred and cultural divisiveness. We announce our own National Intelligence Estimate based on the power of reason and human intelligence, an awakening, a pervasive force of transformation:

“We assess almost certainly that a greater understanding of how activities of the alienated are driven by an overwhelming confrontation with forces more powerful than their own will result in the recognition of Empathy: cultural, philosophical, emotional, cathartic Empathy.