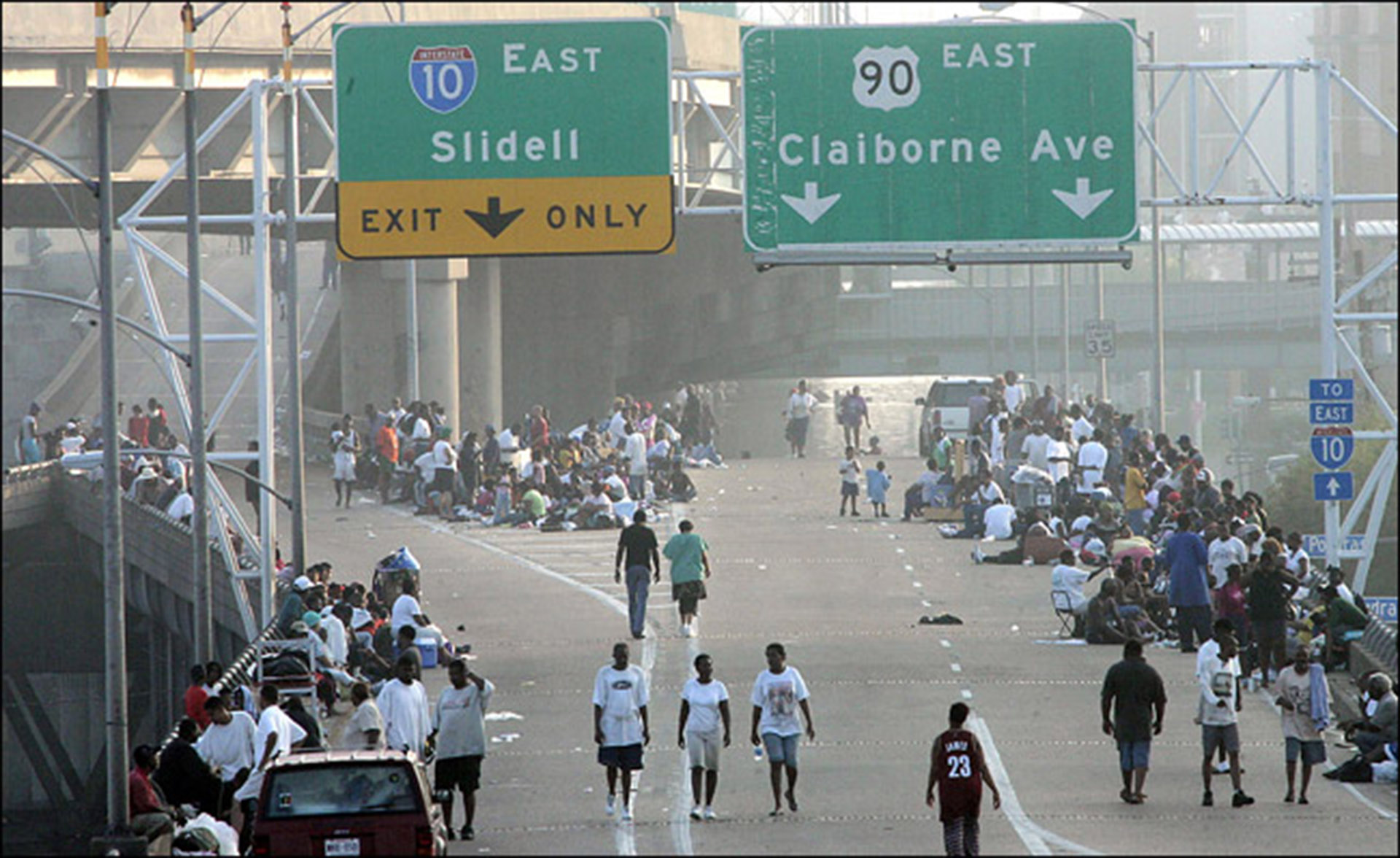 The reality of lower class America has been revealed: poor blacks from Louisiana, the underbelly of our nation, are being shuffled from one stadium Hell to another – and now we call them refugees.

In Washington, Bush attempts to put out the political flames, but the truth rears its ugly head across our television screens, these people are refugees in their own country fleeing from death.

All the President’s talk about spreading democracy and freedom to all corners of the earth is now so clearly a horrific scam, because here at home, we are witnessing a nightmare of neglect.

The politics of an already-charged Season in Hell have been overshadowed by the depths of the Katrina hurricane disaster.