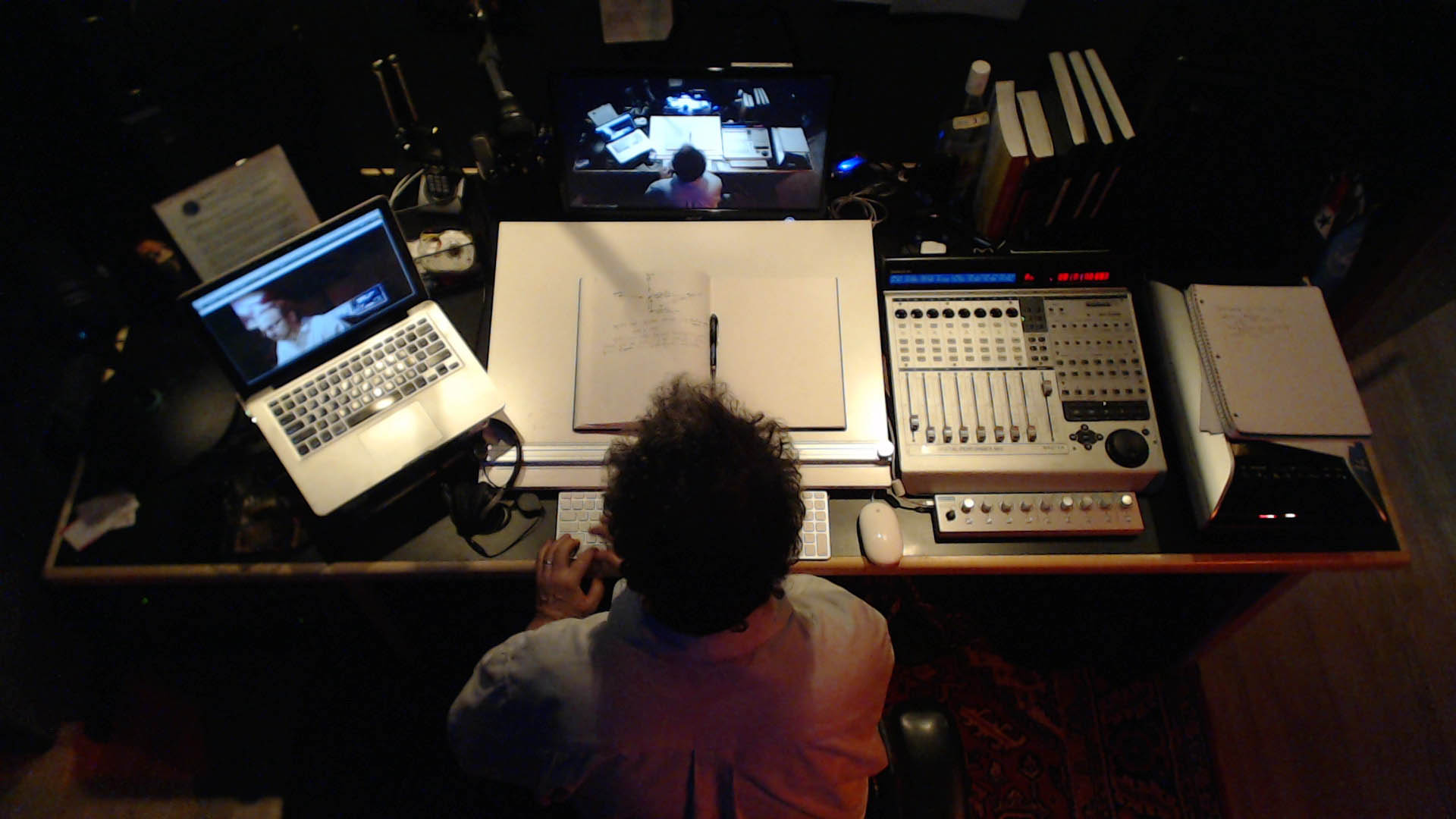 Within the space of the Open Source Studio, I am in the beginning stages of designing video trajectories that redefine and reconfigure all preconceived notions of space. Please forgive the hubris, but this is cubism for the networked age.

Building on the idea of video feedback, along with the possibilities inherent in the networked portal (the hole in space concept), the Open Source Studio is not only a 3rd space (blurring the physical and remote, the real and the virtual), but a 3D re-construction of the physical space in video form: images ricochet off of monitors like a video hall of mirrors. Dare I say it could also be construed as 4D with the consideration of the temporal element.

The experiment is only just beginning: while cameras are being installed throughout the studio, all the various angles and perspectives considered, etc., the first realization of what is possible came from swiveling my chair in the center of the space to experience an entirely disorienting rotation of camera angles and feedback. It is dizzying, to say the least, to fly through continuous video space, but what is even more spatially confusing, is the way in which each camera uniquely picks up variously positioned monitors with live imagery, an ever-changing kaleidoscope of perspectives that completely confuse any notion of a point of origin. Lovely.

With the portal providing the hole in space (laptop on left), the viewer can virtually enter into the space, become part of its disorientation, and be channeled back out again to a remote audience receiving the live broadcast. And so, while this an an artist’s studio in which the process of making is revealed in front and for the camera, it is an open source studio, in which the viewer-participant is folded into the artistic process: as material for manipulation, and as an instigator of action. Once the viewer enters the space, they become an active agent as a producer of images, performance, and movement. And of course, their actions are live and in real-time.

Yes, the possibilities are endless.