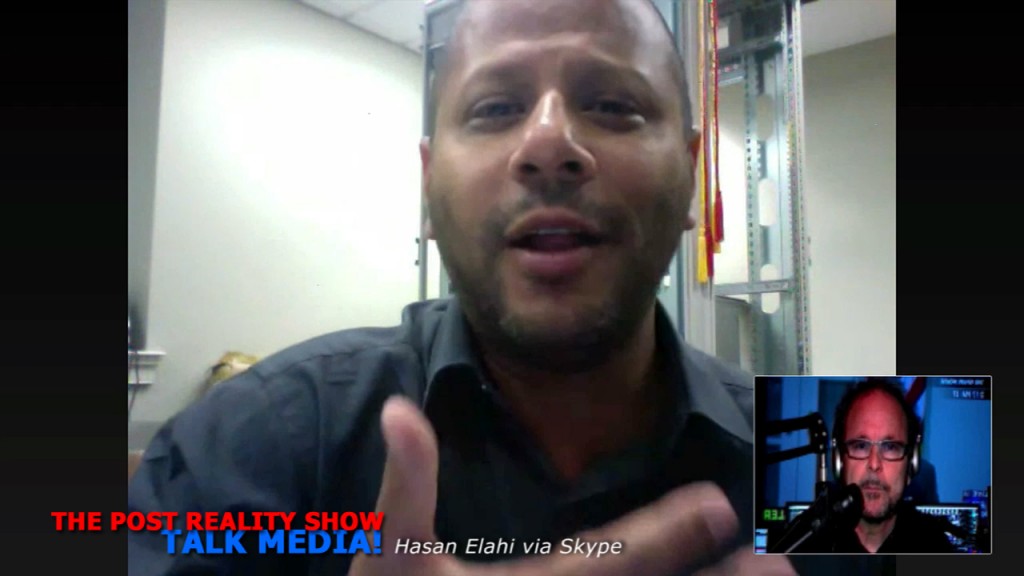 A new, global force of action in the arts is emerging. It’s called solidarity via the global media. Yes! We are working on the fringes, but we are moving towards the center.

For the past two nights a true phenomenon has occurred on the internet airwaves: The Post Reality Show: TALK MEDIA!, presented by the 2012 Capital Fringe Festival in Washington, DC Last night our three guest artists: Mina Cheon, Yauger Williams, and Hasan Elahi were participating in the show from Korea, Texas, and Los Angeles respectively. Forget about time zones, it’s morning, noon, and night simultaneously. Additionally, we had viewers from around the world, dialoguing with the artists, commenting on the interviews, and generally chatting up a storm led by our moderator Phyllis Hecht.

We are showing that live, broadcast media in the hands of artists can become a vibrant platform that coalesces around ideas, issues and forms of expression: anything is possible, anything!

The Post Reality Show: TALK MEDIA! is just a beginning. And thank you Capital Fringe Festival for giving us a jumpstart! We’re going to show that Washington, DC is more than politicians and media pundits generating noise. It is our intent to spread the word: that our serious, amusing, surreal, thoughtful, aesthetic and sometimes over-the-top commentary can cut through the hype. That’s the old reality. This is the post!