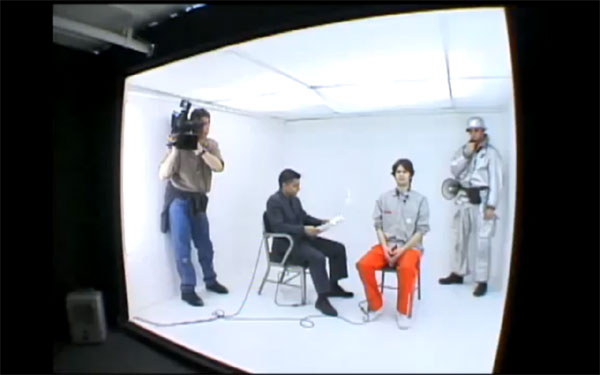 There is a dark side to social media. Josh Harris’ descent into near totalitarian control via the social media is portrayed with frightening intensity in Ondi Timoner’s award winning film, “We Live in Public.” In the late 1990s, Josh Harris conducted an ambitious end-of-the-millennium experiment by staging a Hellish, Orwellian, technology-infused environment that situated downtown New York Silicon Alley dot-com hipsters in full frontal view of each other, as well as a hungry-for-stimulation Internet audience. Everything they said, thought, or felt was performed in front of and for the camera. Beds, showers, bathrooms, etc., were transparent and videotaped 24/7. Each participant slept in a bunk wired with cameras and monitors. It was a round-the-clock orgy of sexual feasting, emotional flare-ups, rave parties, noise, hysteria: all captured and archived. At the heart of the public display was an interrogation room, where anything that had not yet been made public, was forcibly made so through pseudo-torture.

Harris’ premise was that someday, we would allow ourselves to become thoroughly public by submitting voluntarily to Internet systems that compiled every aspect of our lives into a public profile. This was years before Facebook. Harris’ maniacal experiment was not an academic critique: he was Hell-bent on executing a form of control that was real and tyrannical. And he had the money to do so from the spoils of the late 1990s dot-com boom, in which his Pseudo.com network was all the rage of the neo-Warholian crowd. And while Warhol himself was accused of mind control in his Factory experiment, Harris’ project took communal horror to a whole new level.

The next time you click on the “Like” button in Facebook, (in which there is no such thing as a “Dislike” button) beware, you may be one click closer to having no choice at all.